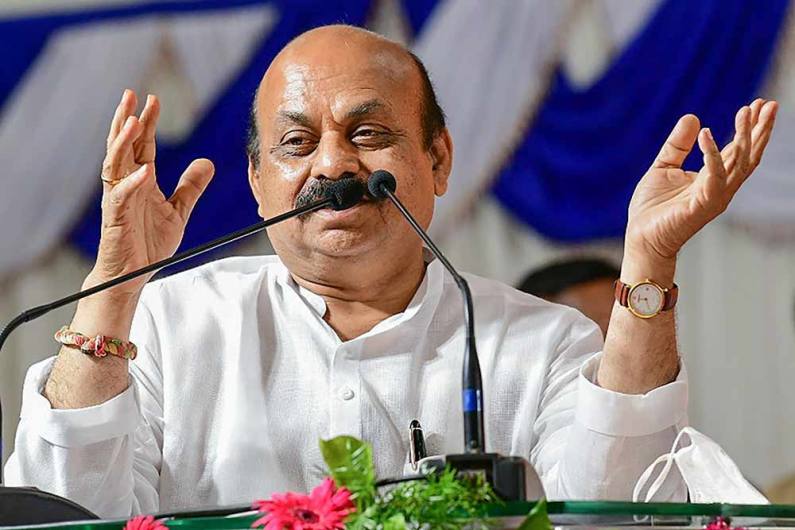 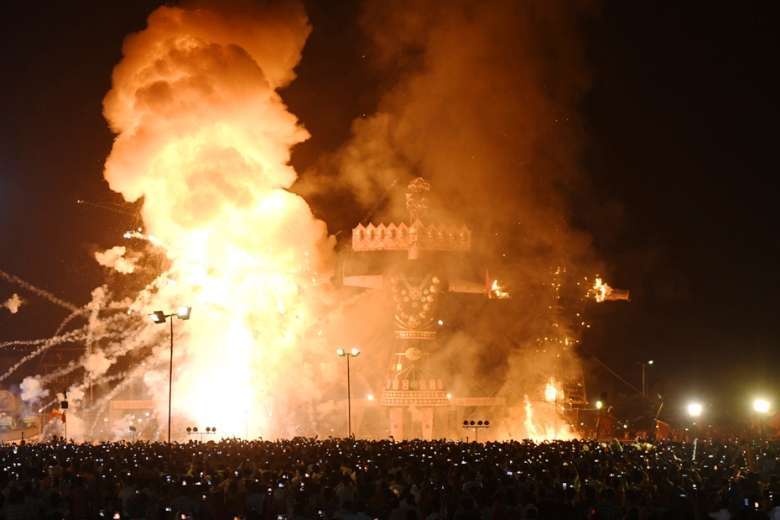 THE BJP LEGISLATOR IN THE CENTRAL STATE OF MADHYA PRADESH ASKED HINDUS TO KEEP AWAY FROM CHRISTIANS AND MUSLIMS. RELIGIOUS AND POLITICAL LEADERS IN INDIA HAVE CONDEMNED A CALL BY A RULING BHARATIYA JANATA PARTY (BJP) LAWMAKER URGING HINDUS TO STAY AWAY FROM CHRISTIANS AND MUSLIMS TO SAFEGUARD THEIR RELIGION, CULTURE AND TRADITIONS. Rameshwar Sharma, a member of the legislative assembly in the central state of Madhya Pradesh, told a crowd at a recent Dusshera festival celebration in the capital city of Bhopal “to stay away from Father and chadar [ceremonial cloth offered at Muslim shrines],” warning that they “would spoil you.” He further said Hindus should also keep away from Sufi shrines and spiritual guides, calling them obstacles in their path to Hindu temples. A video of Sharma’s speech went viral on social media on Oct. 17, inviting criticism from the opposition Congress party, which asked the BJP to clarify if it agreed with the lawmaker’s public pronouncement dividing people on the basis of their religious beliefs. “It is unfortunate that a lawmaker is dividing people calling from a public platform to boycott Christians and Muslims,” said Archbishop Leo Cornelio of Bhopal. The prelate told UCA News that such insensitive remarks “hurt the sentiments 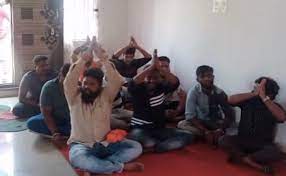 Activists of the Bajrang Dal and Vishwa Hindu Parishad alleged that the church authorities were conducting forced religious conversions - a charge that has been denied. They sang Bhajans at the makeshift church in Hubbali.Activists of the Bajrang Dal and Vishwa Hindu Parishad forced their way into a makeshift church in Karnataka's Hubbali on Sunday morning and sang bhajans or Hindu prayer songs as a protest, alleging forced religious conversions there. A video of the incident showed dozens of women and men sitting inside the Bairidevarkoppa Church in Hubbali around 11 am singing bhajans with folded hands over their heads. Later, the local BJP MLA Arvind Bellad blocked a highway demanding the arrest of pastor Somu Avaradhi. Both sides - members of the church and the activists of the right-wing organisations - alleged that they were attacked over the incident. Pastor Somu and some of his associates were admitted to hospital with minor injuries. The pastor and others have been named in a complaint under the law for protection of Scheduled Castes and Tribes as well as one against "deliberate and malicious acts intended to outrage religious feelings". He has been arrested and three others were let off after questioning. The church authorities said they filed 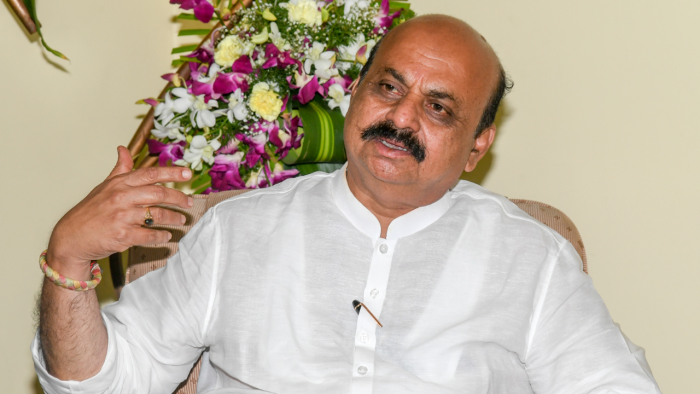 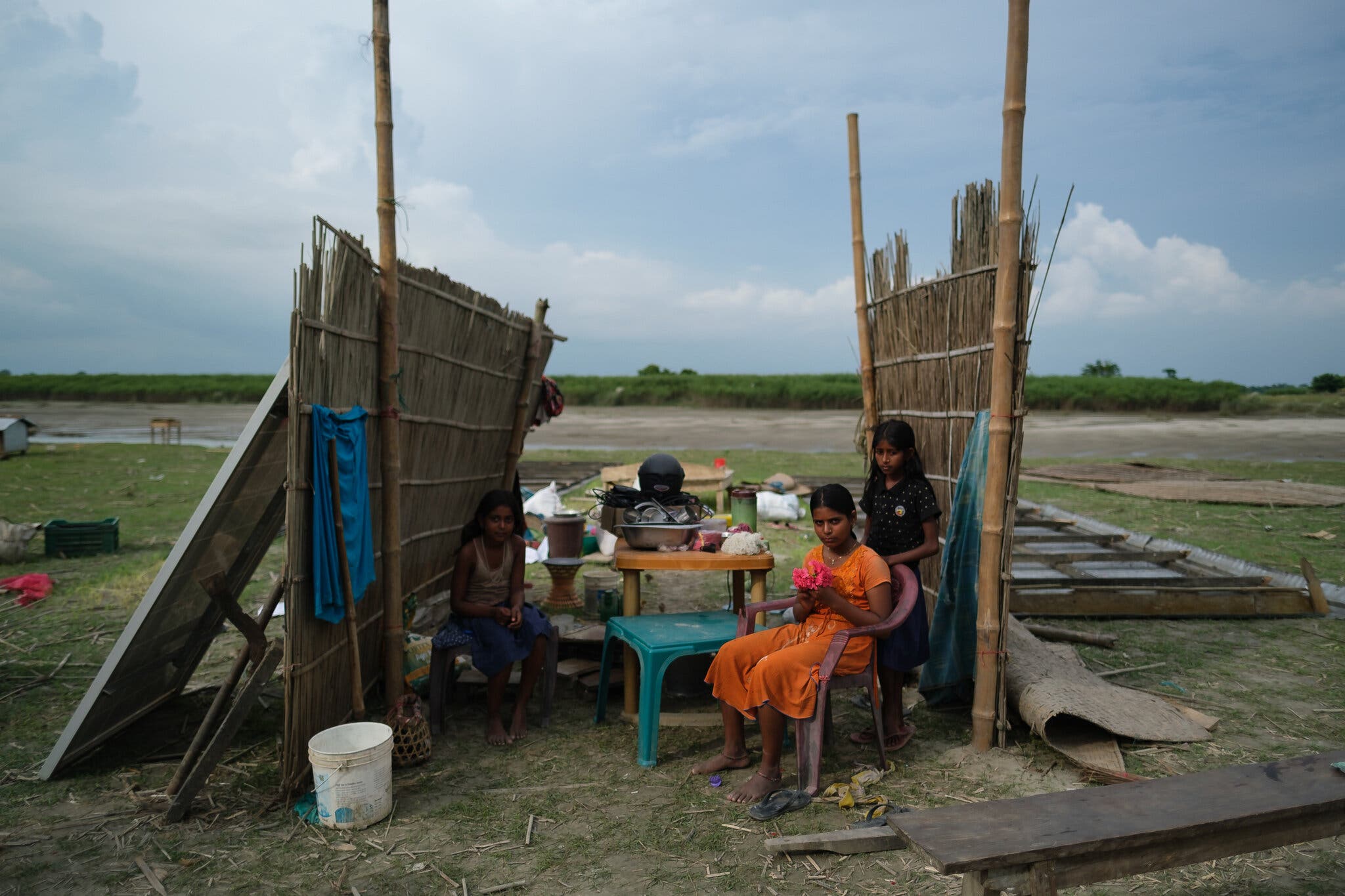 Amid Flames and Gunfire, They Were Evicted From Where They Called Home

Critics say an Indian state’s campaign to expel longtime residents on government land marks the ruling party’s latest campaign against Muslims. Read the story here on www.nytimes.com Oct. 17, 2021: DHOLPUR, India — Ahmad Ali watched helplessly as the police set his home on fire. They swarmed into his village, wielding sticks, to beat up participants in what local residents described as a peaceful protest against forced evictions. When the protesters fought back, they opened fire, killing two people, including a 12-year-old boy. Then the police began burning local homes and the possessions inside: a bed, a quilt, hay for feeding their cattle. “Please see!” said Mr. Ali in a video of the incident, speaking to a national and world audience. “Are we lying?” Videos and descriptions of the violence shocked much of India after they went viral last month and drew world attention to a government campaign of forced evictions in a far northeastern corner of the country. Local government officials said they were targeting an exploding population of illegal immigrants from Bangladesh squatting on land needed for vital agricultural projects. But interviews and a review of documents by The New York Times showed that many of the evicted residents were legal citizens of 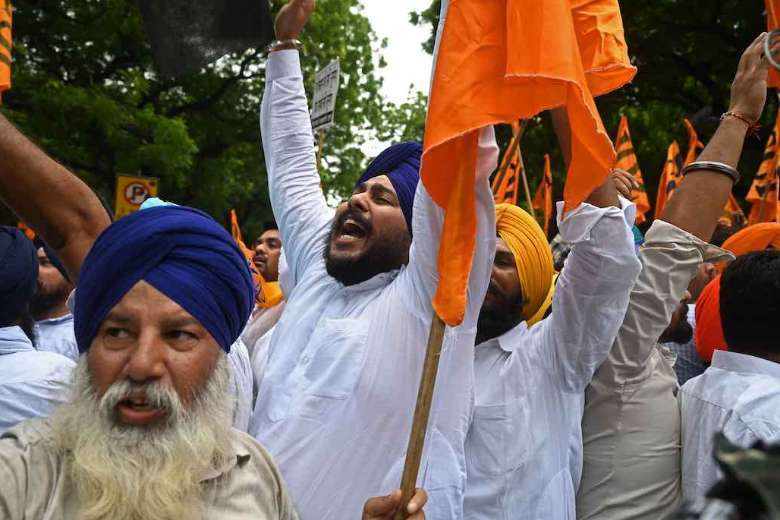 Christian leader says evangelization is continuous but no conversion takes place through fraudulent means or allurement A top Sikh religious body in India’s Punjab state has launched a campaign against Christian missionaries allegedly luring Sikhs, but some observers see politics in the move ahead of next year’s state election. The Shiromani Gurdwara Parbandhak Committee (SGPC), the highest Sikh religious body, has started a house-to-house campaign in Sikh-majority Punjab state against Christian missionaries’ push to convert Sikhs, Indian media reported this week. The SGPC campaign aims to “counter forced conversions, which is a dangerous attack on the Sikh religion,” said Jathedar Giani Harpreet Singh, leader of Akal Takht, the seat of power based in Sikh’s holiest Golden Temple in Punjab’s Amritsar city, reported the Indian Express newspaper on Oct. 13. He said Christian missionaries have been running a campaign in the India-Pakistan border area of the state for forced conversions over the past few years. “Innocent people are being cheated or lured to convert. We have received many such reports.” However, SGPC chief Bibi Jagir Kaur made no allegations against missionaries but said the campaign aims to strengthen Sikh people in their faith. “The initiatives and campaign will not only bring firmness among Sikhs toward their faith 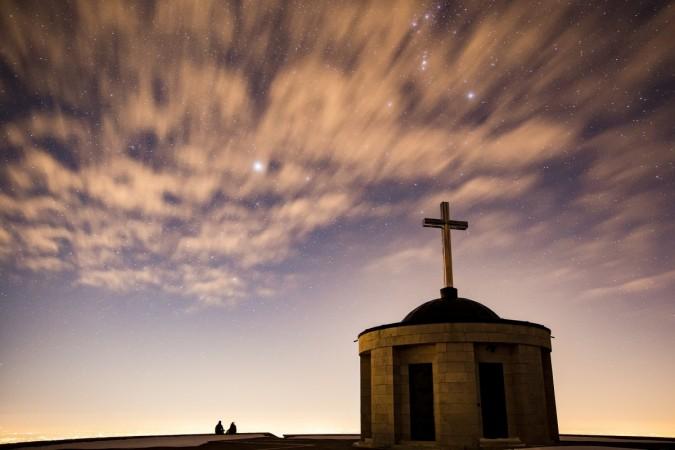 10/14/2021: India – ACCORDING TO THE INTERNATIONAL BUSINESS TIMES, THE GOVERNMENT IN INDIA’S KARNATAKA STATE AS ORDERED OFFICERS TO INVESTIGATE BOTH OFFICIAL AND NON-OFFICIAL CHRISTIAN MISSIONARIES.  The order comes as Karnataka prepares to enact an anti-conversion law that would regulate religious conversions and criminalize forced religious conversions. The decision to investigate Christian missionaries was taken during a meeting on Wednesday by the Backward Classes and Minorities Welfare Committee. Several state legislators, including BJP MLA Goolihatti Shekar, took part in the meeting. Shekar reportedly advocated for the registration of Christian missionaries and claimed that 40% of churches in Karnataka are unofficial and not recognized by the state. In addition to these actions, members of the committee also discussed withdrawing government benefits from individuals who convert from Hinduism to Christianity. In recent weeks, BJP members of the Karnataka government have made statements supporting the enactment of an anti-conversion law. According to these politicians, conversions to Christianity in Karnataka have gotten out of control and a law must be brought to regulate conversions and punish forced conversions. “The government is studying laws implemented in this regard by the various state governments in the country,” Chief Minister Basavaraj Bommai, said. “The law in this regard will be enacted soon 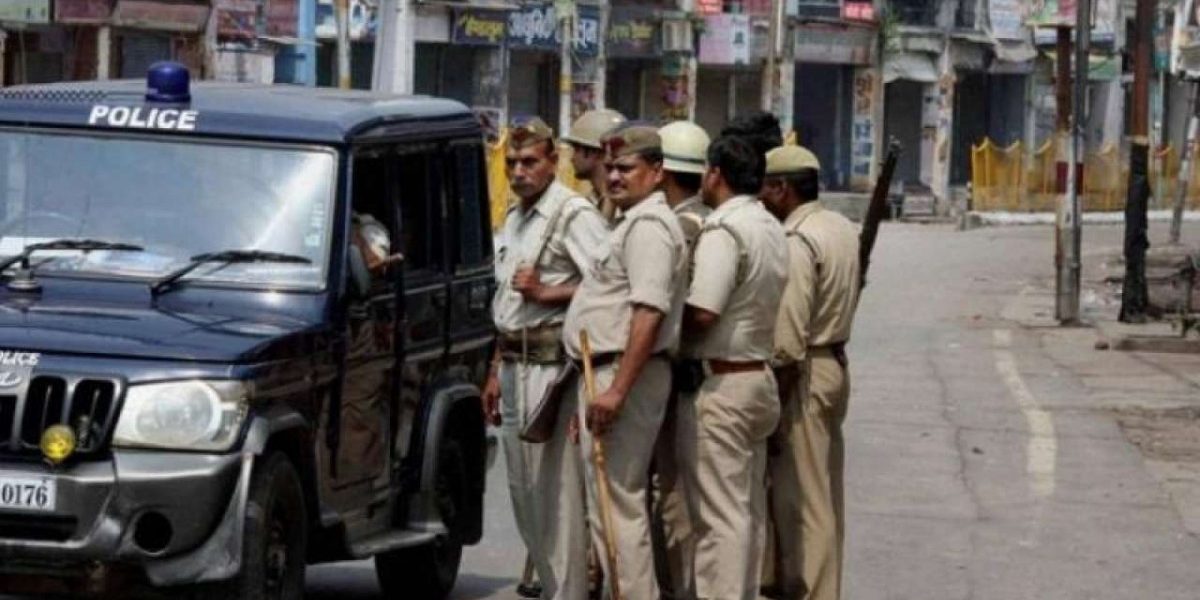 THE HINDU JAGRAN MANCH AND OTHERS HAD REPORTEDLY COMPLAINED TO POLICE THAT A PASTOR HAD ORGANISED A PRAYER MEET AT A MAN'S HOUSE. Read the story on The Wire New Delhi: Police in Uttar Pradesh’s Mau has taken several people into custody after receiving a complaints from members of a rightwing Hindutva group that they were allegedly involved in converting people into Christianity The news agency IANS and the Hindu newspaper Amar Ujala have reported on the incident. While IANS wrote 50 people were detained, Amar Ujala reported that 15 people were initially held and seven were booked. The Mau district in-charge of the rightwing group Hindu Jagran Manch, Bhanu Pratap Singh, and other members complained to police that a pastor had organised a prayer meet at a man’s house in Sahadatpura Colony. The Hindutva group allegedly reached out to police following a ruckus by residents of the area who had objected to the prayer meet. Amar Ujala quoted another police officer, D.K. Srivastava as having said that a Sahadatpura resident, Radheshyam Singh, had lodged a complaint. Among those detained are the owner and the pastor. The complainants had alleged that they were forcibly converting people. IANS also quoted unnamed police sources to say that “neighbours had 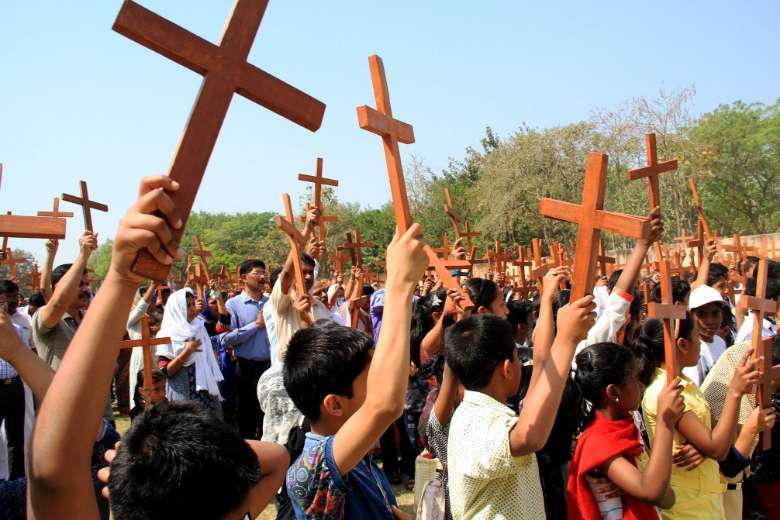 Action comes after Hindu groups revive their long-standing campaign against 'proselytizing' Christians in the state of Uttar Pradesh October 12, 2021: Indian pastors arrested over claims of conversions. Christians in India’s most populous state Uttar Pradesh are worried that right-wing Hindu activists are targeting them for alleged religious conversions. In the latest incident, seven Protestant pastors were remanded in judicial custody after being arrested by police in Mau district on Oct. 10 for allegedly violating a state law that criminalizes religious conversion. The pastors, who were picked up while they were at a prayer meeting, have been charged with illegal assembly instead of violating the anti-conversion law. “We will move bail applications and are hopeful that they will be out of jail soon,” said Ashish Kumar, who is dealing with their legal work. The police also detained 50 other faithful from the prayer meeting but they were let off. Two Catholic nuns who had gone to a bus stop near the prayer house were held at the local police station for several hours until evening. “Police wanted to book the sisters along with the pastors but let them go after the pastors and the faithful said they were not part of the prayer group,” said Father 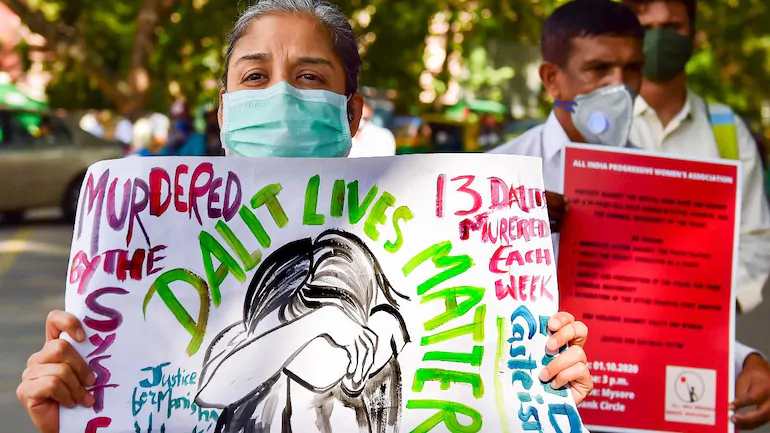 OCTOBER 12, 2021A middle-aged Dalit woman was allegedly gang-raped at gunpoint in Uttar Pradesh’s Jewar area near Noida, police officers said on Monday, as the Opposition parties, including the BSP and the Congress, demanded action against the culprits. One of the four accused has been arrested over the Sunday morning incident even as multiple police teams were formed and surveillance teams, along with dog squads, deployed, the officers said. The key accused is absconding. Deputy Commissioner of Police (Women and Child Safety) Vrinda Shukla said, “Both are from the same village and known to each other.” The key accused, a drug-addict, dragged the woman and forced himself on her, according to Ms. Shukla, even as local officials said the woman was raped at gunpoint. "The role of other people in the act could be ascertained after investigation. The key accused is on the run and details could be confirmed after his arrest," she said. DCP Shukla said the rape survivor was taken to the district hospital after the incident where her health condition was stable on Monday. The police said an FIR was lodged under relevant sections of the law on the basis of a complaint by the woman's husband and an investigation is underway. BSP