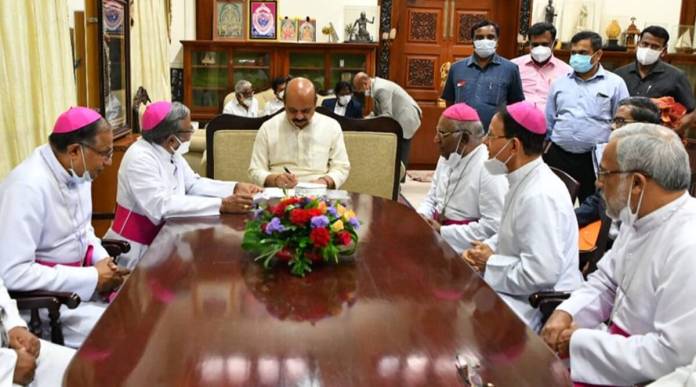 Karnataka to go ahead with anti-conversion bill despite protests

12/18/2021: The pro-Hindu government in Karnataka plans to ignore protests and go ahead with the introduction of an anti-conversion bill in the southern Indian state’s legislative assembly. Latest information indicates that the bill titled the “Karnataka Protection of Right to Freedom of Religion Bill 2021,” will be presented in the assembly on December 20. The bill proposes a 10-year jail term for forcible conversion of persons from Dalit and Tribal communities, minors and women, to another religion. “Why do we need any anti-conversion laws when there are enough safeguards enshrined in the constitution and the existing legal system in the country to punish the guilty?” asks a press statement from the Bangalore Archdiocese, signed by its Archbishop Peter Machado. Several protest meetings were held and the Karnataka Regional Bishops’ Council and ecumenical council met the chief minister asking him to withdraw the decision, but radical Hindu groups strongly campaign for the bill. Attacks on Christian groups, pastors and priests are also on the increase in Karnataka since the debate on the bill started. The archbishop’s statement says Christians are alarmed after several Church groups were attacked in the past two months. Archbishop Machado told the latest protest rally on December 6 that the anti-conversion bill will give 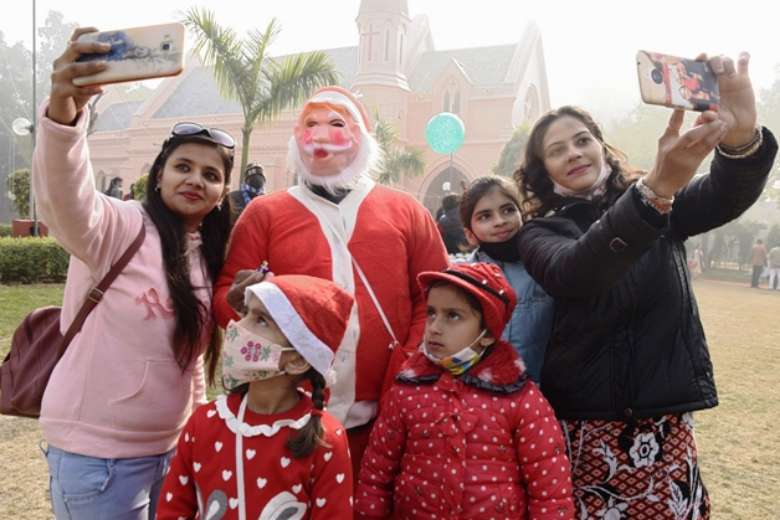 12/17/2021: Christian official hits back at RSS chief's claims and tells Hindu activists to end interference in other religions Indian Christians have been told in as many words to mind their own business and stop converting people from other religions to their faith. The message was conveyed at a pre-Christmas gathering in capital New Delhi on Dec. 16 by Indresh Kumar, a senior leader of the Rashtriya Swayamsevak Sangh (RSS), the mothership of pro-Hindu organizations including India’s ruling Bharatiya Janata Party (BJP). The gathering held at Nagaland House, a popular venue for Christmas gatherings, was billed by the RSS as an “outreach effort” with tribal people from the Christian-dominated northeastern state of Nagaland. Donate to UCA News with a small contribution of your choice It was attended by some 300 people including federal minister R.K. Singh, RSS and BJP leaders and foreign diplomats from the US, Russia, Syria and Korea. Kumar, who spoke in the native Hindi language, said the greatest message of Christmas was peace, brotherhood, love and tolerance. “Respect all, follow your own [religion], there is no need of violence, no need of conversion,” he added. Kumar said if one respected all religions, then there was no need for conversion. “If we follow this path, 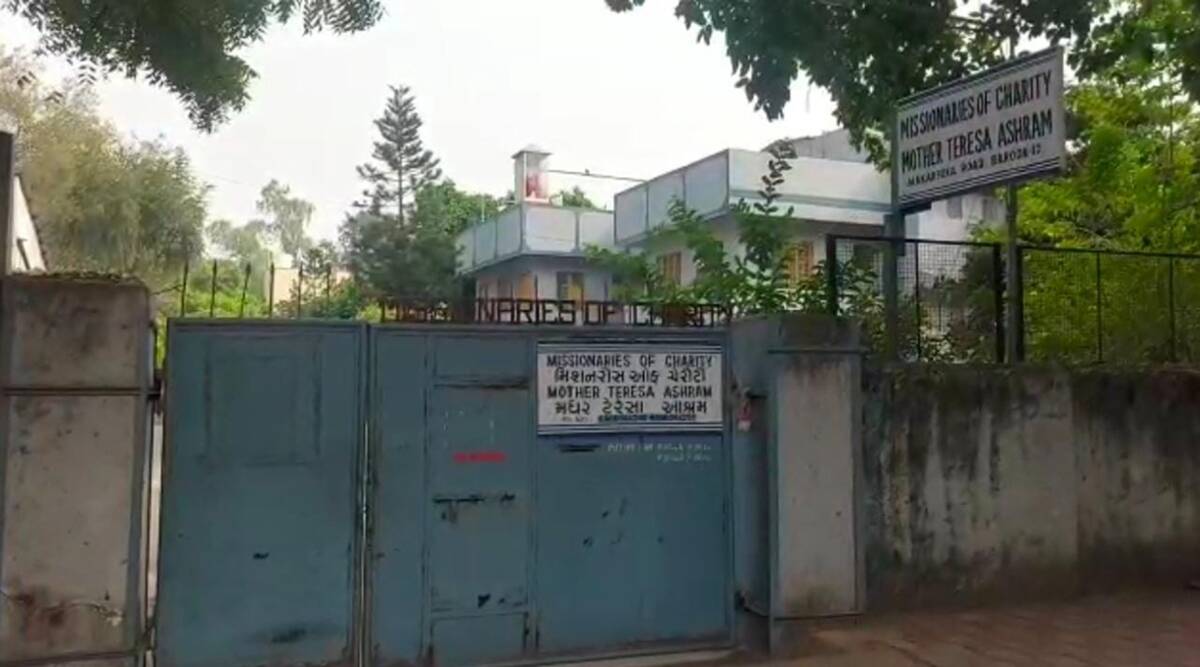 An FIR was lodged in this regard under the Gujarat Freedom of Religion Act at Makarpura police station Sunday based on a complaint by District Social Defence Officer Mayank Trivedi. The Missionaries of Charity, an organisation founded by Mother Teresa, has been booked under the Gujarat Freedom of Religion Act, 2003, for allegedly “hurting Hindu religious sentiments” and “luring towards Christianity young girls” in a shelter home it runs in Vadodara city. The organisation has rejected the charge. The FIR lodged at Makarpura police station Sunday is based on a complaint from District Social Defence Officer Mayank Trivedi who, along with the Chairman of the Child Welfare Committee of the district, visited the Home for Girls run by the Missionaries of Charity in Makarpura area on December 9. The FIR states that during his visit, Trivedi found that girls at the home were being “forced” to read Christian religious texts and participate in prayers of Christian faith, with the intention of “steering them into Christianity”. “Between February 10, 2021, and December 9, 2021, the institution has been involved in activities to hurt the religious sentiments of Hindus intentionally and with bitterness… The girls inside the Home for Girls are being lured to adopt Christianity 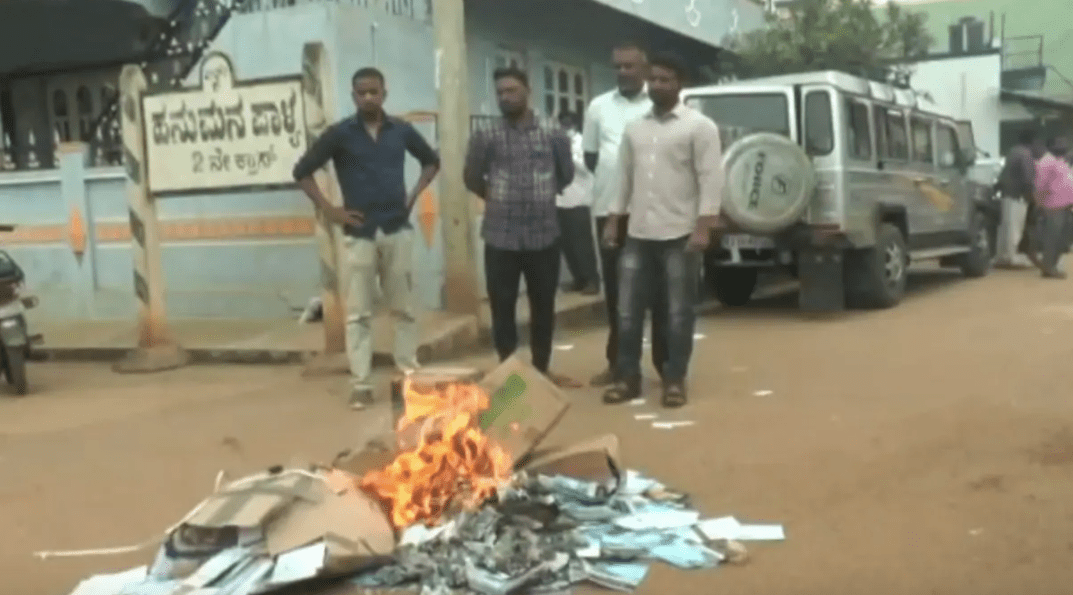 The police in Karnataka colluded with Hindutva groups that attacked Christian worshippers in the state, says a damning report released by the People’s Union for Civil Liberties (PUCL). A report named ‘Criminalizing the Practice of Faith: A report by PUCL Karnataka on the Hate Crimes on Christians in Karnataka, 2021’ documents 39 incidents of hate crimes against Christian in Karnataka from January till November 2021. “Given the frequency and intensity of these attacks, our report relies on the Christian community’s narratives of surviving majoritarian violence. The members of the Christian community especially in rural Karnataka continue to face threats of violence, discrimination, and survival in the course of their everyday lives,” the report states. PUCL in its report has documented a) the attacks on pastors, believers, and Churches in Karnataka between January – November 2021, b) the modus operandi of the Hindutva groups behind these attacks and c) the patterns that emerge from these attacks. “In most cases, Christians have been forced to shut down their places of worship and stop assembling for their Sunday prayers. Effectively, these attacks on praying in a gathering that is enforced by Hindutva groups with the complicity of the State function as a bar on the freedom to 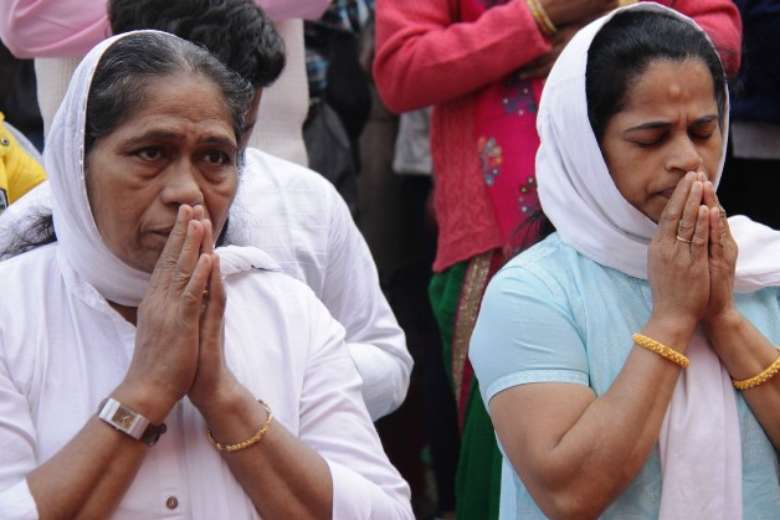 A fact-finding report by a Protestant group in India has documented 39 violent attacks on Christians in the southern state of Karnataka since January. The Religious Liberty Commission of the Evangelical Fellowship of India (EFI) published the report on Dec. 13 claiming that the Christian community in Karnataka had good reason to feel targeted by the outbreak of violence. “It is clear and obvious that an atmosphere of fear and apprehension prevails in the Christian community and its grassroots religious clergy because of a systematic targeting through a vicious and malicious hate campaign,” said Reverend Vijayesh Lal, EFI general secretary and publisher of the report. He further added that it was “equally obvious that those involved in carrying out this hate campaign and fear-mongering enjoy the protection and possibly support of elements within the political and law and order apparatus in the state.” Reverend Lal said the EFI was making the report public in the interests of the Christian community in the state and the country and to help safeguard peace and harmony by calling upon the state government to act immediately before any major untoward incident takes place. Copies of the report have been sent to the office of the prime minister of India,