Christians cutting across denominations came together at various parts of India July 3 to organize special programs to mark the 1950th martyrdom day of Saint Thomas the Apostle.

Saint Thomas, one of the 12 disciples of India, is believed to have come to India in 52 AD and preached the Christian faith in the western and southern regions of the country. He was martyred 20 years later in Chennai, currently the capital of the southern Indian state of Tamil Nadu.

Since 2021, the day is being observed as the Indian Christian Day to “love the neighbor, serve society, celebrate Jesus and bless India.”

The ecumenical annual day helps Christians to remember and celebrate “the person and message of Lord Jesus Christ in India.”

The also helps them preserve their identity with the Indian cultural heritage and promoting unity.

In the national capital, Christians came together in the downtown Constitution Club from 10 am to 1 pm, and at B M Gange School in Old Delhi’s Raj Niwas Marg, from 5 to 8 pm.

A part of the celebrations was the play, “Rahi prem marg ke” (traveler of the path of love), by the artistes of Prerna Kala Manch, the theater wing of Varanasi’s Vidhwa Jyoti Communications.

The play narrates persecution of Christians in the northern Indian state of Uttar Pradesh and pictures the missionary work of the apostle in northwestern and southern India.

In Indore, the commercial capital of the central Indian state of Madhya Pradesh, Christians gathered at the St Raphael’s School auditorium to celebrate the day.

Meanwhile, one of India’s new cardinals — Anthony Poola of Hyderabad, the archbishop of Hyderabad – hailed the day as an occasion for millions of followers Jesus Christian in India to proclaim the faith with courage, renewed vigor and strength like the apostle.

“May the Christian Unity Day on July 3 and every day of life become an occasion to witness Christ’s love,” the cardinal-elect said in a video message circulated on social media platforms. He also prayed that Saint Thomas help Christians in India remain strong in their faith.

The organizers of the Indian Christian Day have declared 2021-2030 as a decade of celebration to honor the 2000th anniversary of Christ’s earthly ministry.

This article first appeared in www.https://mattersindia.com/ 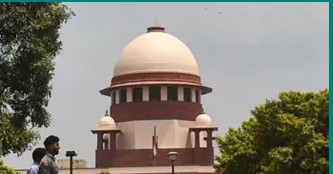