NEW DELHI (Morning Star News) – Christians falsely charged with crimes related to an act of vandalism in central India five years ago spent five days in jail and are fighting the case anew after it mysteriously resurfaced, sources said.

The 18 Christians, including a widow, in Chhattisgarh state’s Bhelwapal village, Sukma District, were jailed March 9-14 even though one of the traditional tribal animists who falsely accused them in 2017 has since become a Christian and has explained how they were framed.

Tribal villagers who damaged a pastor’s house and church building in 2017 smashed a Hindu idol and told officers the pastor had done it in an effort to justify why they had vandalized his property, according to the church leader, Pastor Hidma Sodi.

“A family that was hand-in-glove with the ones who brought the idol and broke it but blamed the Christians for the same has come to the Christian faith,” Pastor Sodi told Morning Star News. “They not only told us how this conspiracy was planned and executed to frame the Christians but are also willing to speak as witnesses before the court.”

As the Christians had registered a complaint with police, the tribal animists then planned to assault the pastor and three church members in July 2017. Word of the plot reached Pastor Sodi, who fled with his family, as did the three other Christian families.

The assailants reached Pastor Sodi’s house at 3 p.m. on July 14, 2017 and, not finding him there, further damaged his house and the church building across the road, he said. Though he had been living in the house with his wife and four sons since 2008, authorities said he must not return to it or the village for more than six months; he relocated to Sukma, where he has lived since then.

After Christians repaired his home, he gave it to a church widow as care-taker while he remained in Sukma – she was among those arrested and sent to jail in March.

The officer investigating the case in 2017 knew the animists had broken the idol but registered a case against the Christians, Pastor Sodi said.

“The police station-in-charge went to the village and explained the court order and the repercussions of the same if it was not followed by the villagers,” Pannalal told Morning Star News.

In spite of the agreement, the case was reopened at some point in 2019 or 2020 for unknown reasons, Pastor Sodi said. The station in-charge called him and said the Christians and the tribal animists would have to reach another compromise.

“I don’t know the reason why the case was reopened again,” Pastor Sodi said.

Before another agreement could be reached, COVID-19 lockdowns delayed the process, and he heard nothing from authorities for about two years, he said. Earlier this year the station in-charge was transferred, and a new one took over. The new station in-charge noticed a prospective compromise was pending.

The 18 Christians and the eight tribal villagers named in the First Information Report (FIR) presented themselves at the police station, where they were told to appear before a judge on March 9 for the case to be resolved, he said.

Taken to a hospital first for COVID-19 testing from morning until 3 p.m., when the Christians and the eight villagers appeared in court, the judge said he was available only until 4 p.m., Pastor Sodi said.

“By the time police presented us before the court, hardly any time was left for any discussion for compromise,” he said. “The magistrate ordered all the Christians and the eight villagers to be sent to jail.”

The Christians were charged with hurting religious sentiments and, as they have not received a copy of the FIR, can only assume that the villagers are still charged with vandalizing.

While the Christian men were placed in the Sukma jail, the widow was sent to a jail in Jagdalpur, 66 miles away. The Christians were released on bail five days later, and it was unclear when the eight tribal villagers were released.

“That’s how powers are being misused to persecute Christians,” said Pannalal of the Chhattisgarh Christian Forum. “They had our moral and advisory support. People with no support languish in jails for years, and that is very sad.”

After obtaining bail on March 14, the Christians were summoned to court along with the tribal animist assailants on Friday (April 29), said Pastor Sodi.

“We do not know for how long the case is going to be dragged,” he said. “There are a lot of finances involved in appearing for court dates besides the harassment that Christians are facing for no fault of their own, but they are standing strong knowing that they are suffering for their faith.”

The next court hearing is expected to take place in June, he said.

Since the court order of May 28, 2018, Pastor Sodi began to revisit the village and lead regular worship services there. In the five years since the 2017 case, seven families from the village have turned to Christ, said Bhima Sodi, a senior pastor and elder brother of Hidma Sodi.

Sukma District and the Bastar division in general have been rife with incidents of Christians targeted for their faith.

“Since the formation of the Sarv Adivasi Samaj [All Tribal Community, a local tribal rights body], incidents of violence against Christians in Sukma have grown,” said Pastor Bhima Sodi.

Local officials have contributed to an atmosphere of hostility by tracking Christian movements. In an official letter in July entitled, “Regarding the religious activities carried out by Christian missionaries in the area,” Superintendent of Police Sunil Sharma ordered all sub-divisional officers and police station chiefs under him to track activities of Christian workers and converted tribal people for possible illegal conversions.

Sharma alleged in the letter that Christian workers and tribal converts in the district were enticing and coaxing tribal people to convert by offering them incentives.

“Make a list of all villages, families and persons from other communities who might be lured by Christians to convert.”

“Bring back people who have converted to Christianity to the original community through brotherhood and goodwill.”

“Initiate campaigns for people who have not yet converted so that they continue to believe in their traditions, gods and goddesses and rituals.”

“They make it clear that an agenda is being pushed even by the administration, which is supposed to be neutral and function according to the constitution of the country,” Pastor Lal told Morning Star News.

Chhattisgarh was second-worst state in the country in terms of Christians targeted for their faith, according to a 2021 report by the EFI’s Religious Liberty Commission. Uttar Pradesh topped the list with 129 cases of hate and targeted violence against Christians, while Chhattisgarh had 74.

“The government of not only Chhattisgarh but also other states and the Centre must protect not just the minorities but the constitution of the country, which guarantees equality under law, and the freedom to profess, practice and propagate the faith of one’s choice,” Pastor Lal said. “There is a need to remind political groups, state apparatus and the law-and-order system what the prime minister and the Supreme Court of India have assured our countrymen – religious freedom for everyone.”

Read the story on Morningstar News: 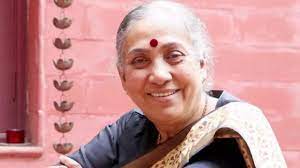