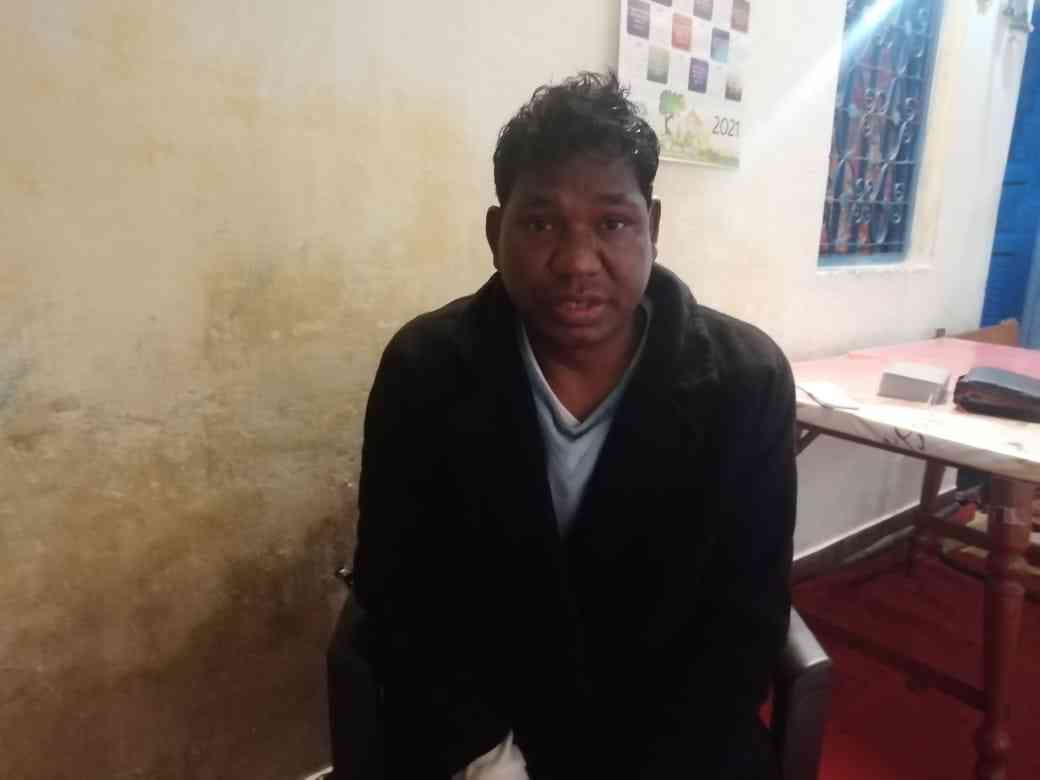 A Christian pastor has alleged he was assaulted on February 25 by a mob in Delhi that accused him of being on a conversion mission. Four days after a complaint containing these allegations was filed at the Maidan Garhi police station in South Delhi, an FIR was registered on 3 March.

The pastor, 35-year-old Kelom Kalyan Tet, said that the incident occurred between 10.50 am and 12.30 pm. According to his complaint, he had gone to the Bhati Mines area to meet a friend. When he was leaving, some local residents accosted him and forced him to chant “Jai Sri Ram.”

“They asked me why I had come here,” Tet told Scroll.in. “I said I had come to meet Kaalu bhai [his friend] which is when another person, who they had called on the phone, reached the area.”

The confrontation then became violent. “They spoke to each other and accused me of religious conversion,” he said. “They started beating me up and took my phone, my bag which had my Bible, the papers of my bike and other important papers. They were taking photos and videos of the entire thing.”

Tied up and beaten

Tet said that some women objected to him being beaten and asked the men to take him to a police station instead. Tet was bundled into a car to be taken to the station.

“The men then said the SHO’s [station officer-in-charge] phone was not connecting,” Tet said. “Instead they took me to the Fatehpur Beri Chowk crossroad, where they tied both my hands to the divider of the road and started inciting people by saying I had come to do forceful religious conversions.”

Scroll.in has gained access to a video of the incident which shows Tet being accosted by a mob.

Tet alleged that he was kicked, boxed and slapped, though that is not visible on the video. He said that during the assault, his vision became blurred and he was not able to hear properly.

“They were hitting my head constantly, and also attacking my chest and stomach,” he claimed. “They hit me so much on the head that I was bleeding from my nose and mouth.”

Tet said he was later able to break the rope and escape. “Even then, the men followed me and made me run for my life,” he said. “I hid here and there and saved myself.”

Two days later, Tet filed a complaint with the police. “I hoped going to the police station will lead to something, [but] they have not even registered an FIR yet,” he said. “I was very scared but some people from my community met me and gave me strength. They said that I should do something about this and I agreed. These things should not happen. Why was I assaulted?”

The Delhi Police has confirmed to Scroll.in that a complaint has been received in relation to the assault. “We have got the complaint on February 27 evening, as of now the investigation is ongoing,” Inspector Rajiv from the Madan Garhi police station said. “No FIR has been registered.”

The police have said they are investigating the claims. However, when Scroll.in spoke to two shops located close to the site of assault on Wednesday, their owners said that the police had not spoken to them as yet.

Scroll.in spoke to an employee of a shop near the spot where the assault took place to ask what he had witnessed. “They kept him here for about 45 minutes at least,” said Aman Khan. “There was a huge mob around him and they had tied his hands to the railing. I was busy with my clients and did not get more involved.”

He also declined to add more details given that the men involved in the assault were probably residents of the area.

A day after Scroll.in published the story, the Delhi Police registered an FIR. Additional Deputy Commissioner of Police Harsh Vardhan said on Thursday that a first information report had been registered and investigation was underway.

The FIR has been registered under section 365 ( kidnapping or abduction with intent of wrongful condiment), section 323 (voluntarily causing hurt), section 341 (wrongful restraint) and section 34 (acts done by several persons in furtherance of common intention) of the Indian Penal Code.

This story appeared in www.scroll.in