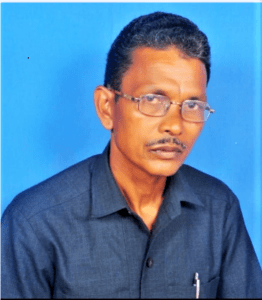 NEW DELHI (Morning Star News) – Six masked men in central India this month killed one of 22 Christians a Maoist group had warned to “leave the pastorship,” sources said. Pastor Yalam Shankar was slashed and shot to death the evening of March 17 outside his home in Angampalli village, Bijapur District, Chhattisgarh state in front of his wife and daughter-in-law, relatives said. They said he was in his early 50s. The assailants left a note on his body stating that they were Maoists who had killed him for being a “police informer,” but area Christian leaders and police said they doubted that was the motive. While Pastor Shankar was eating dinner on March 17, some men outside his house called out the name of his oldest son, the pastor’s daughter-in-law said. Pastor Shankar went out to speak with them, and his wife and daughter-in-law followed. As he stepped out telling them that his son was not at home, the six men with faces covered with cloths attacked him, said his daughter-in-law, whose name is withheld for security reasons. “As soon as my father-in-law stepped out of the house, they tied his hands at the back,” she said. “Then they hit his face and forced

(Read the story on The Wire)   New Delhi: Filippo Osella, a well-known anthropologist and sociologist, who arrived at Thiruvananthapuram international airport from the UK on Thursday, March 24, morning to attend a conference in the city was deported to his home country with authorities specifying no particular reason for the same, Indian Express has reported. Osella, who has carried out extensive research on social and cultural transformations in Kerala over the last 30 years, was touted as the face of the conference to be held on Friday in the city on “emerging themes connected to the livelihood and lifeworld of Kerala coastal communities”. When asked about Osella’s deportation, an immigration officer at the Foreigners Regional Registration Officers (FRROs) in Thiruvananthapuram airport said the reason for his deportation cannot be revealed. “He was denied entry as per the orders from higher officials. No reason can be revealed,” the officer said. According to Osella, he was told to contact flight assistants when he reached Thiruvananthapuram airport on an Emirates flight on Thursday morning. He was then led to a person who was waiting for him outside. “I was taken to the immigration desks, and processed as it is normally done. But after they scanned my passport, took my

Read it on The Wire here: Chandigarh: The Haryana Assembly on Tuesday, March 22, passed the Haryana Prevention of Unlawful Conversion of Religious Bill, 2022 amid a walkout staged by Congress legislators who called the law “unconstitutional”. The law attempts to curb religious conversion “through force, undue influence or allurement”. The Bill was introduced in the Assembly on March 4. Haryana now joins 10 other BJP-ruled states, including Uttar Pradesh, Madhya Pradesh and Himachal Pradesh where such laws were passed. According to the Haryana Prevention of Unlawful Conversion of Religion Bill, 2022, if conversion is done by allurement, use of force, fraudulent means or coercion, then there is a provision for imprisonment of one to five years and a fine of not less than Rs 1 lakh. The burden of proof lies with the accused. As per the Bill, whoever converts or attempts to convert a minor, a woman or a person belonging to the Scheduled Castes or Scheduled Tribes, shall be punished with imprisonment for a term which shall not be less than four years, which may extend to 10 years and liable to fine not less than Rs 3 lakh. Congress leader Bhupinder Singh Hooda, who is the Leader of the Opposition, said 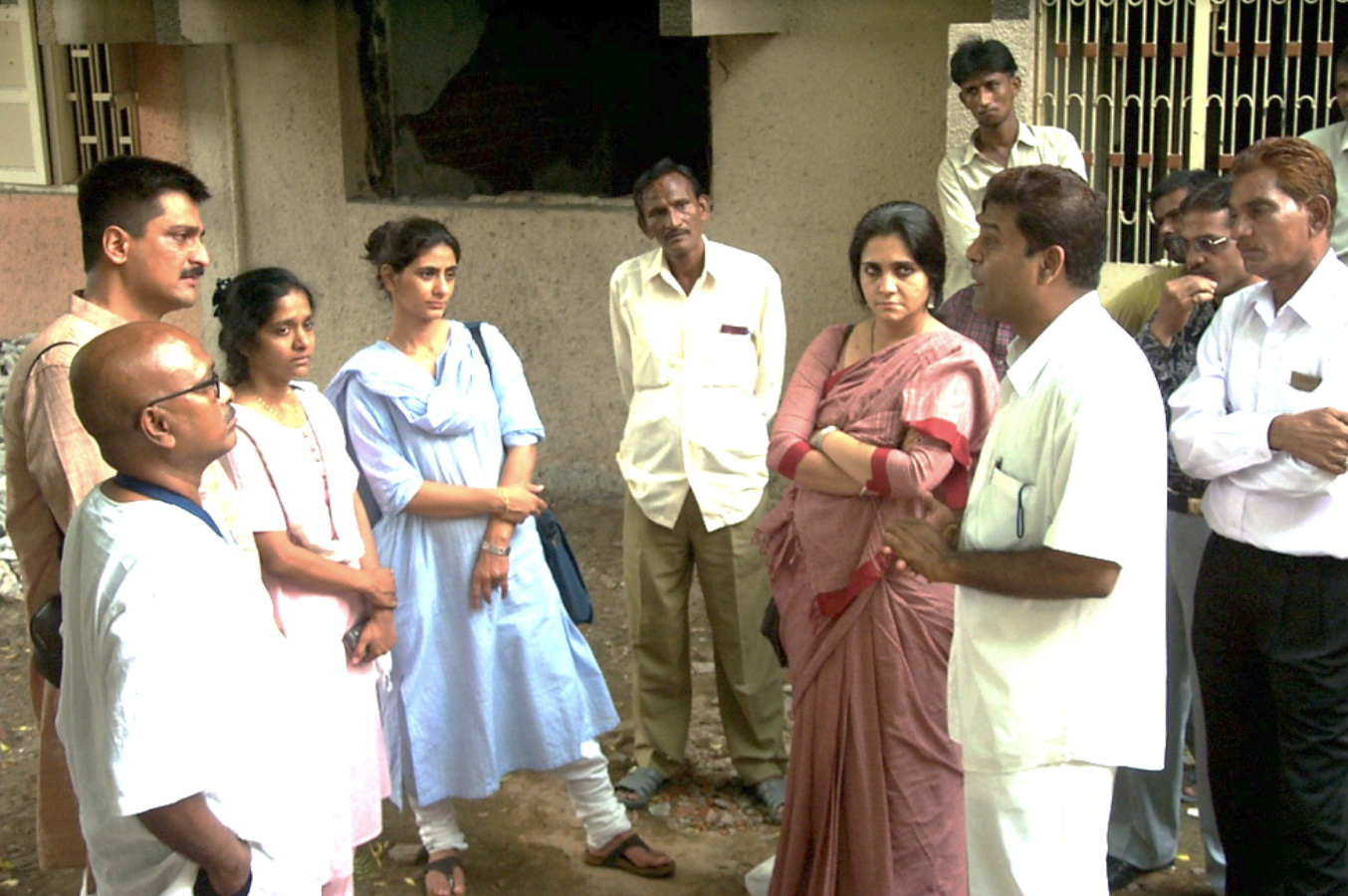 Read it on Christian Science Monitor: Somu Avaradhi has led mass at a local prayer house in India’s southern state of Karnataka every weekend for the past several years. But one Sunday last October, as he parked his car in front of the small building, the pastor noticed something was off. A group of unfamiliar, agitated men had gathered outside. From within the building, he could hear others singing Hindu prayers and chanting “Jai Shri Ram” – a phrase that literally translates to “Victory to Lord Ram,” but has increasingly become a dog whistle for attacks against India’s religious minorities. As soon as he crossed the threshold, a mob of Hindu fundamentalists attacked Mr. Avaradhi with verbal abuse and allegations that he had forced people to convert to Christianity. He and some church members tried retreating to a police station, but a crowd waited there as well. A man whom Mr. Avaradhi denies knowing had filed an official complaint against the pastor for luring him to convert. Mr. Avaradhi was sent to the hospital for injuries sustained in the protest, and arrested soon after. Similar stories have played out across India, where documented attacks against Christians jumped 81% from 2020 to 2021. Mobs 03/23/2022: The northern Indian province of Haryana has joined other pro-Hindu Bharatiya Janata Party (BJP) state governments in passing a legislative bill criminalizing religious conversions. The Haryana Prevention of Unlawful Conversion of Religion Bill, 2022, was adopted in the state legislative assembly amid protests and a walkout by Congress, the main opposition party, on March 22. The bill preventing religious conversions and interfaith marriages “through force, undue influence or allurement” has a provision of imprisonment of one to five years and a fine of not less than 100, 000 rupees (US$1,310) for the guilty persons. “There is no second opinion that the bill was passed to check the activities of so-called minority religions or groups in the state. The bill was uncalled for as there was a similar law in the state [preventing conversions],” said Father Felix Jones, who heads Delhi Archdiocese's Commission for Ecumenism and Interfaith Dialogue. Divine Word Father Jones told UCA News that “the bill will send a wrong message among minorities as there are possibilities of its misuse. People can use the law as a tool to settle their personal scores.”   The priest pointed out the already existing differences among Hindus and Muslims in the state on the issue of Friday 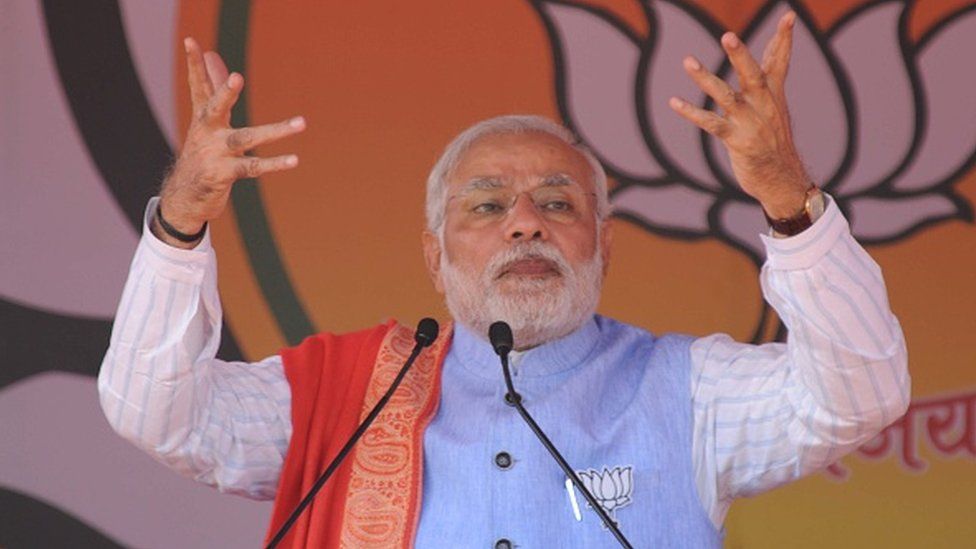 (Read it on UCANEWS)   The Indian government has been urged to hold an independent probe into the arrest and custodial death of Father Stan Swamy, an Indian Jesuit priest and human rights activist. The United Nations Working Group on Arbitrary Detention called Father Swamy’s tragic death while in custody a “failure” on the part of India’s government that would “forever remain a stain” on the country’s human rights record while referring the case to the special rapporteur on the promotion and protection of the right to freedom of opinion and expression. The UN body in a resolution adopted recently urged India “to ensure a full and independent investigation of the circumstances surrounding the arbitrary deprivation of liberty of Father Swamy and to take appropriate measures against those responsible for the violation of his rights.” Father Swamy, 84, died on July 5, 2021, within a couple of days of his health deteriorating at a Catholic-managed hospital in Mumbai, the capital of the western Indian state of Maharashtra. He was jailed on Oct. 9, 2020, after being arrested by the National Investigation Agency (NIA), India’s premier anti-terror agency, from his home in Ranchi, the capital of Jharkhand state in eastern India. He was among 16 accused put behind 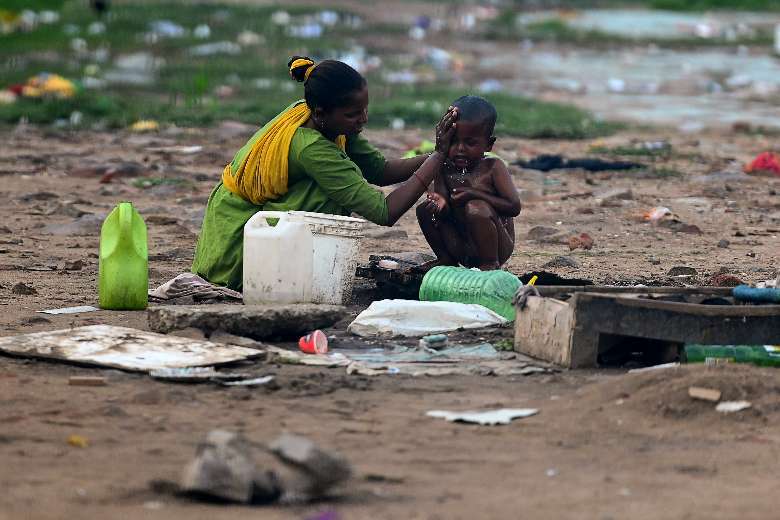 (Read it on UCANEWS) The Indian government has admitted to having shared with the UK the details of the status of Oxfam India’s application for renewal of its license for receiving and using foreign funds in the country. “The government of the United Kingdom raised the issue of the status of Oxfam India under the Foreign Contribution (Regulation) Act, 2010, during the bilateral dialogue held on February 10,” Federal Junior Home Minister Nityanand Rai told the Lok Sabha, the lower house of parliament, on March 15. The minister said India had shared details with the UK while explaining that the renewal application was rejected as it “did not fulfill the eligibility criteria specified in the FCRA and rules made thereunder.” Oxfam India is an autonomous Indian organization that is part of a global confederation of 21 Oxfams across the world. It is registered as a non-profit organization under provisions of the Indian Companies Act, 2013. In December 2021, the organization was refused renewal of its FCRA license, which is mandatory for receiving foreign donations, along with a plethora of other institutions like the Indian Institute of Technology (Delhi), Indira Gandhi National Centre for Arts, Indian Institute of Public Administration, Nehru Museum, Goa Football Association and 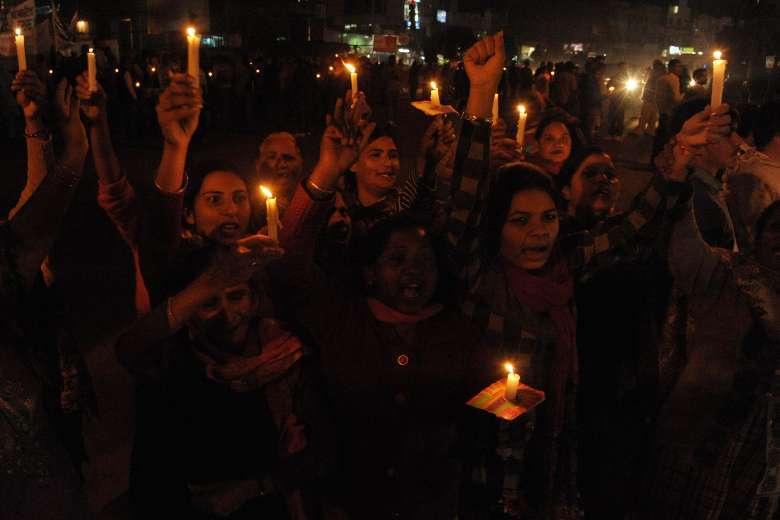 (Read it on UCANEWS) A Hindu organization has been joined by a Sikh group in demanding the arrest of a pastor for organizing faith-healing sessions to lure tribal people into Christianity in the eastern Indian state of Jharkhand. The Vishwa Hindu Parishad (VHP) or World Hindu Council accused Pastor Ravi Singh and his wife of conducting a Changai Sabha (healing ministry) from their home in Nanak Nagar in Jamshedpur city’s Golmuri area. The VHP and a Sikh organization, Jharkhand Gurdwara Management Committee, staged a protest against Pastor Singh on Feb. 27 and accused Chief Minister Hemant Soren of failing to take action against him Media reports said state police briefly detained Pastor Singh that day but released him in the evening. Ratan Tirkey, a member of the Jharkhand government’s tribal advisory council, denied the allegations of religious conversions against the pastor. “As per information from our sources, Pastor Singh embraced Christianity some time back and is involved in spreading awareness among the youth about the importance of education and their rights,” he told UCA News. “Pastor Singh is being misunderstood by Hindu activists as a missionary indulging in religious conversion activities. We have no information about his converting anybody.” He said Hindu activists often accuse Christian missionaries of 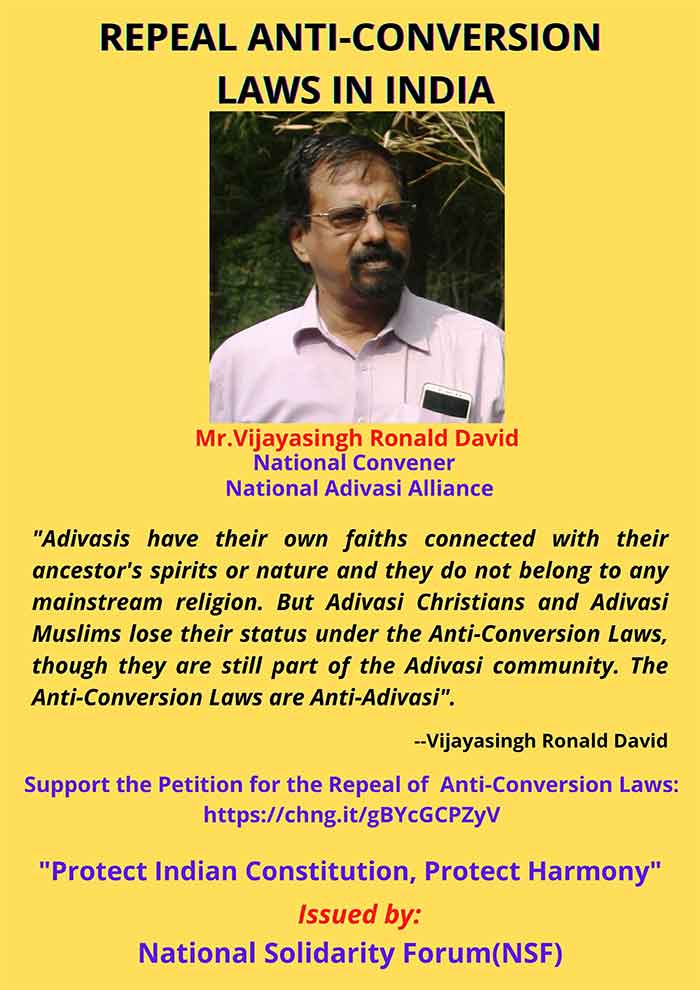