top
Home•Modi Gov •‘I have set your Jesus ablaze’: 2 pastors beaten by radical Hindus who set fire to Bible in attack 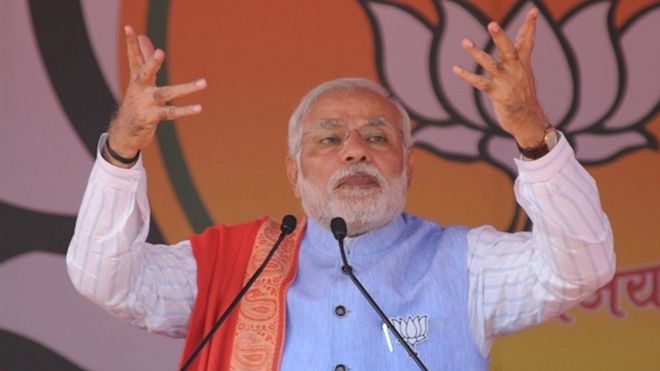 ‘I have set your Jesus ablaze’: 2 pastors beaten by radical Hindus who set fire to Bible in attack

Feb 12
A dozen Hindu nationalists harassed and beat up two pastors and set fire to a Bible one was carrying after accusing them of converting people to Christianity by offering money, according to a report.

The pastors, identified as Sanjay Kumar and Inderjit, were in the northern Indian state of Haryana returning home after visiting a Christian family for prayers on the roof of their home in the Anand Nagar area of Ambala Cantonment when the mob, which included women, attacked them, Morning Star News reported about the Jan. 28 attack.

The pastors were accused of receiving foreign funds and offering money to people in an attempt to get them to convert.

Visibly hostile, some people in the mob filmed the pastors while questioning them in coarse language without letting them answer, Pastor Kumar was quoted as saying.

Sanjay Rana, a neighbor and member of the Hindu extremist Bajrang Dal, was

Sanjay Rana, a neighbor and member of the Hindu extremist Bajrang Dal, was leading the mob, he said.

Rana seized Pastor Inderjit’s driver’s license and Pastor Kumar’s ID card, and then the mob began punching and slapping them. They also snatched the Bible from Kumar’s hand.

“Their beating did not pain me as much as the snatching of my Bible did,” Pastor Kumar said. “I began to weep. I said, ‘This is my Bible … this is my Jesus. Please give my Bible back to me. A woman and a man from the crowd using a matchbox burned my Bible, and she sarcastically exclaimed, ‘See, I have set your Jesus ablaze.’”

The mob then tried to force the pastors to recite a devotional hymn in praise of the Hindu god Hanuman and attempted to abduct the pastors and take them to a Hindu temple to force them to bow before idols, Pastor Kumar said. “They began to force us to enter their car. When we resisted firmly, they said, ‘Let’s call the police.”

Pastor Inderjit said he was glad at the possibility of police arriving and ending the 90 minutes of physical and mental abuse. As Pastor Kumar was dizzy due to the beating, one of the assailants said they should let them go, and the two pastors fled.

Since Prime Minister Narendra Modi and the Bharatiya Janata Party came to power in 2014, attacks on Christians have increased and intensified.

While Christians make up only 2.3% of India’s population and Hindus comprise about 80%, there has been an uptick in radical Hindu nationalist attacks on religious minorities.

With 486 incidents of violence against the Christian community in India, 2021 was the “most violent year” for Christians in the country’s history, according to the United Christian Front.

In its report, the United Christian Front noted that in nearly all cases reported nationwide,

In its report, the United Christian Front noted that in nearly all cases reported nationwide, “vigilante mobs composed of religious extremists have been seen to either barge into a prayer gathering or round up individuals that they believe are involved in forcible religious conversions.”

The watchdog group Open Doors USA, which monitors persecution in over 60 countries, reports that “Hindu radicals often attack Christians with little to no consequences.”

“Hindu extremists believe that all Indians should be Hindus and that the country should be rid of Christianity and Islam,” an Open Doors fact sheet on India explains. “They use extensive violence to achieve this goal, particularly targeting Christians from a Hindu background. Christians are accused of following a ‘foreign faith’ and blamed for bad luck in their communities.”