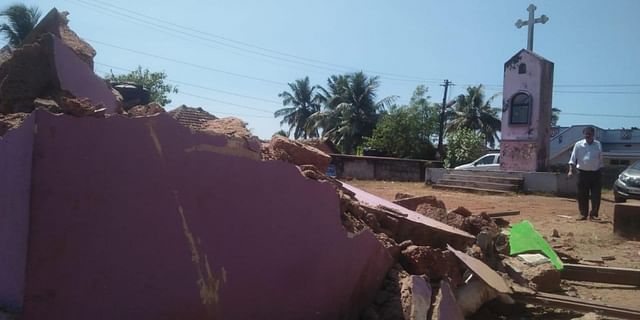 02/05/2022 INDIA (FIACONA) – According to the Express News Service, some suspected of Hindu nationalists have demolished a Christian prayer hall on 5th February in Panjimogaru town of Mangaluru in Karnataka state of India.

According to Roy Castaleno, the Public Relations Officer (PRO) of the Catholic Diocese of Mangalore, the church was built over 40 years ago on a 585 sq ft land which was now managed by the St Antony Building Committee formed by local people of the area.

According to the news service, Castaleno said, some men started clearing the trees on the church premises without permission. So, he called the police but the police did not respond.

But on Saturday, the news report said around 11 am when all men had gone away to work, some people came with the backhoe and quickly tore down the building. The demolition was recorded by some local women on their mobile phones.

A police case was filed and the Deputy Commissioner of Police KV Rajendra has sought a complete report but it is still not clear who demolished it. There has been no arrests so far.