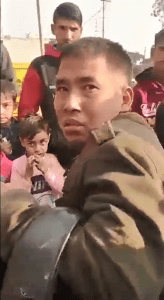 Hostility toward Christians Grows in District in Northern India

Intense opposition to Christianity grew in an area of northern India in the past month as a Hindu mob invited news media to record them reviling a house church gathering, and another pastor and his family were driven from their home, sources said.

Intending to stir public sentiment against Christians, members of the Hindu extremist Bajrang Dal in Jammu and Kashmir state’s Kathua District brought local news reporters to record them intruding into a house church worship service in the district’s Ward No. 4 colony on Jan. 5.

“Suddenly, the mob forcefully entered our church member’s house where we gathered with my family to pray together,” pastor Pawan Kumar told Morning Star News. “They started abusing us in extremely foul language. Soon the media and cameramen started recording the exchange.”

“But they did not pay heed to our requests – they said that we are brainwashing the minds of Hindus to attract them to Christianity,” he said. “I told them, ‘Nowhere is it written in the Bible that we should brainwash others to attract them to Christianity. You have totally misunderstood our faith. We are asked to love everyone irrespective of their religion, caste or sect.’”

The home, located in a secured, upscale neighborhood, is 100 meters away from a police station. Officers arrived within 15 minutes, but they too began humiliating the Christians, Pastor Kumar said. His 17-year-old daughter asked officers and news reporters why they were objecting to them praying peacefully in their own homes.

“But police insisted that we Christians must all sit in the police Jeep,” he said. “Instead of protecting us from the Hindu militant activists, they held us responsible for the commotion. They told us that we should not gather at all. We were following the COVID-19 safety guidelines and were only exercising our right to religious freedom under Article 25.”

Officers released them at about 7 p.m. without charges, he said.

“We did not do any crime, but the media carried an entirely false version alleging that forced conversion activity was happening inside a home in Kathua,” Pastor Kumar told Morning Star News.

A week later, Kathua District pastors held a press conference stating that they were law-abiding citizens and had only been exercising their constitutional religious freedom to share the gospel and proclaim Christ, he said. Police, however, insisted that they must obtain permission before gathering to pray, Pastor Kumar said.

“Prayer is a daily activity, and we welcome anybody who comes to us in the name of Christ,” he said. “We gather at homes of believers for prayers for the sick, funerals or birthdays and weddings. How reasonable is it to ask permission for prayer? At this rate, we should ask them daily if we can pray.”

Attacks on churches in the district began in mid-December, putting a stop to Christmas celebrations and worship in homes, and his congregation’s turn came at the beginning of January, he said. The father of two daughters requested prayer for his family’s safety.

“It is not the first time we came under attack,” Pastor Kumar said. “In 2005 and also in 2006, a mob of over 100 Bajrang Dal activists disrupted home worship on a Sunday, and police told us that we can’t gather in homes. They said we should have a church and worship only in a church building.”

In Padyari, also in Kathua District, pastor Chunglenlal Singsit on Dec. 25 was buying groceries at a store for Christmas lunch with his family when four Hindu extremists stopped him and falsely accused him of forcible conversion, he said.

“One of them shouted, ‘The British left, and you have come now,’” Pastor Singsit said. “From there, they dragged me to a distance by my collar.”

A video of the assault on social media shows the Hindu extremists telling Pastor Singsit to say, “Jai Shri Ram (Hail Lord Ram)” and asking why he came there from his native Manipur state.

“I told them that I am a pastor,” he said. “Then they asked, ‘Do you know which locality you have come to?’ Then they pointed at the area and asked, ‘Do you see that it is a Hindu-dominant area? Are there anybody from a Christian locality here?”

Berating him for not believing that the Hindu god Ram is Lord, they asked if he had any Christian homes there, he said.

“I said yes, and then they screamed at me, ‘Have they converted?’”

The pastor answered that his church members were already Christians and he had not converted anyone, he said.

“I told them it is not called conversion, that they have put faith in the Lord and that I went there to pray for them,” Pastor Singsit told Morning Star News. “Then he pointed to the mob and asked me, ‘Are all the people present here mad?’ and badgered me, ‘Who called you here?’”

Alone and not wanting to escalate tensions, he began answering in fewer words, he said.

“After slapping me a few times, they handed me over to police officers at Nagar police station,” Pastor Singsit said. “The officers there also slapped me.”

Officers took him to the senior superintendent of police, who also rebuked him for coming to the area, he said.

“He told me, ‘You should be in your state, Manipur – I am warning you, you must leave this state in one week.’ They released me without any charges after one day in police custody on the condition that I would catch the train to Manipur with my family.”

On Dec. 31, Pastor Singsit left Jammu and Kashmir with his wife and three children, and they are staying with relatives in Manipur state, he said.

A pastor from another district who has been serving in Kathua District said the atmosphere there has been tense.

“All the pastors and families in the area moved to believers’ homes in neighboring districts for safety,” Pastor Joeswa told Morning Star News. “It is very painful that even a public officer on duty speaks ill about mission work.”

He said he was called to Kathua District a few years ago.

“We have been here for the past few years sharing the gospel and maintaining peaceful relations with everyone, but they hate us,” Pastor Joeswa said. “We just want the police force to think rationally, and allow the missionaries to do the good works in this state.”

The hostile tone of the National Democratic Alliance goernment, led by the Hindu nationalist Bharatiya Janata Party, against non-Hindus, has emboldened Hindu extremists in several parts of the country to attack Christians since Prime Minister Narendra Modi took power in May 2014, religious rights advocates say.

This article was published on https://morningstarnews.org/