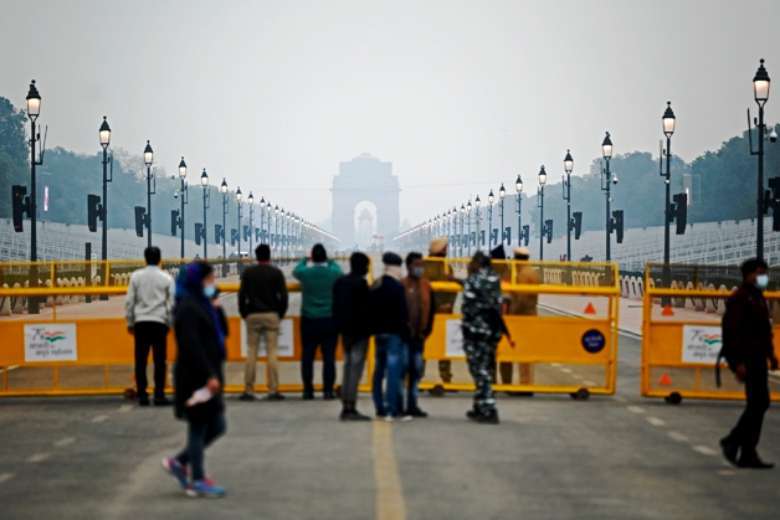 Until New Year’s Day, not many people other than Christians in India, Catholics among them, who attend the English Sunday services in their neighborhood church had known of the hymn Abide With Me. With Amazing Grace, it was a favorite of a select few, among them a man called Mohandas Karamchand Gandhi.

Today, most Hindus, Muslims, Sikhs and Buddhists with access to English-language media would know the hymn’s title, could have read the solemn verses and even hummed the tune.

Narendra Modi, India’s hyper-nationalist and arguably xenophobic prime minister, has had an inadvertently big hand in spreading the hymn among tens of millions of its new admirers.

He did this by banning it from the repertoire of the massed military bands whose brass and bagpipes played the tune with stunning impact at the Beating Retreat ceremony held down the Raisina hill at Rashtrapati Bhawan, the residence of the president of India.

The Retreat ends the week-long state festivities that mark the birth of the Indian republic on Jan. 26, 1950, after a bloodstained partition and independence from Britain on Aug. 15, 1947.

While Pakistan was hived off as a homeland of Muslims, India remained as a land of people of all communities, a triumph of the moral force that Gandhi had become.

But Gandhi was no bigot. In 1947, he had risked his life in prayer fasts and physical protests calling for an end to violence
And just for that reason, Gandhi was assassinated on Jan. 30, 1948, by Nathuram Godse, an activist of the Hindu chauvinist Rashtriya Swayamsevak Sangh (RSS).

The RSS thought Gandhi had sold Hindus down the river, was pandering to Muslims — and to Christians by extension — and had betrayed the dream of Hindu Rashtra, a homeland just for them.

Gandhi had a chequered history with both Christianity and Islam. He had once famously said he loved Jesus, but not the Christians in the West and in India seeking to convert everyone they saw. He remained a God-fearing and practicing Hindu all his life and faced the bullets with “Hey Ram” on his lips, calling to his deity as he breathed his last.

But Gandhi was no bigot. In 1947, he had risked his life in prayer fasts and physical protests calling for an end to violence. No actual count has ever been done, but the partition violence saw half a million Muslims butchered in India and about an equal number of Hindus and Sikhs in what is now Pakistan. Tens of millions migrated across the border.

Abide With Me was a reminder of the moral strength of Gandhi’s non-violence during a military ritual. There were many other subtle and obvious meanings that overlay its popular place in the program at the very end of the military tattoo.

India’s president and prime minister, and families with little children, were present every year, a reminder of civilian control over the armed forces as much as the fact that the Indian military was not recruited by force, or from one community, and that it well represented the demographic diversity of the nation.

Gandhi’s grandson and former ambassador and governor Gopal Gandhi called the hymn the very heart of the ceremony. Culture academic Navina Jafa recalls its haunting chimes by tubular bells against the setting sun echoing between the tall towers of government buildings. “The spirit of the constitution captured in the silent words: ‘I fear no foe … I still triumph if you abide with me!’”

The hymn by Scottish Anglican Henry Francis Lyte was written in memory of a friend on his deathbed who did not want him to leave, calling out “abide with me.” And when Lyte died in 1847, his friends sang it to the accompaniment of bagpipes, a tradition still alive with military bands in India.

Rumors that Modi wanted the hymn dropped first surfaced in January 2020 at the height of the protest movement against the National Register of Citizens proposed by his government and seen by people as a move to identify and expel Muslims from Assam and other states of the northeast. Men, women and children then sang the hymn at major protest sites.

The dropping of the hymn is one of several moves made by the government breaking with history and tradition.

The Central Vista, at one end of which the military bands play, and its surroundings have a deep meaning in the life of republican democracy in the country. The vista is dug up. India Gate is hallowed no more. It sheltered the Amar Jawan Jyoti, the eternal flame in honor of all the soldiers who died for the country in modern times, which was extinguished recently.

A more patriotic memorial with an expandable wall will list the martyrs in wars since independence and future ones. The canopy made empty by removing the statue of King-Emperor George will now loom over a granite one of Subhash Chandra Bose.

Ironically, Bose led an army that was confronted by an Allied force of which the Indian soldiers were a part. Bose had shaken hands with Adolf Hitler and Japan’s generals. His defiance of the British as a military hero has nonetheless earned him a spot deep in the heart of the Indian masses, particularly in Bengal and the northern region.

Nor will we know how Mahatma Gandhi would have felt that his statue at prayer has been rudely uprooted and awaits a new parliament house
Our heroes are long dead. It is a moot question if Bose would have wanted his statue saluting the heart of a vista once designed to show the might of the British Empire.

Nor will we know how Mahatma Gandhi would have felt that his statue at prayer has been rudely uprooted and awaits a new parliament house.

It is not incidental that the timing of all these symbolic changes coincides with the launch of a campaign for fresh elections to the legislatures of Uttar Pradesh, Uttarakhand, Punjab, Goa and Manipur.

Uttar Pradesh, more populous and bigger than many countries in the world, has tremendous political import for Modi with general elections due in the country in 2024.

His campaign continues the theme he began in 2013 as he sought the prime ministership. India, he has made it amply clear, is destined to be a homeland of the majority community.

He has given them the Ram temple in Ayodhya, emasculated religious minorities, changed street names that reminded him of Muslim rulers of medieval India, and demolished the government’s industrial sector created in the first few decades of independence by his bete noire, Jawaharlal Nehru, the long-dead first prime minister of independent India.

Nehru was handpicked by Gandhi to lead the new nation. Silencing Gandhi’s favorite hymn in many ways is another move by Modi to bury the past.

It will certainly be a part of the growing movement against what many see as his xenophobic and crony capitalist politics. A strong push for a Hindi-speaking, Hindu India 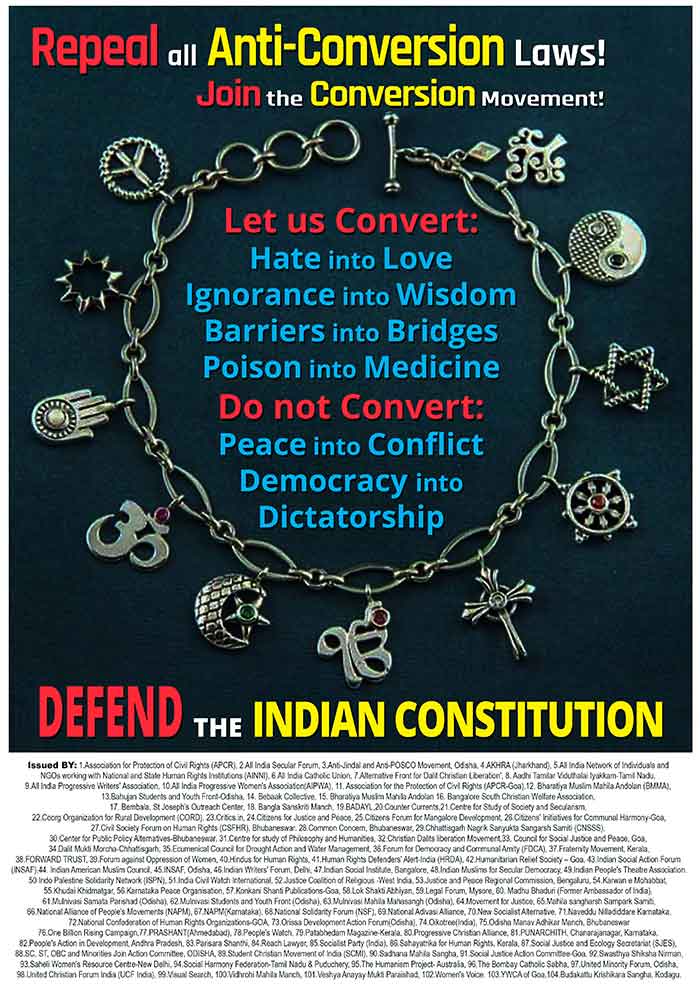