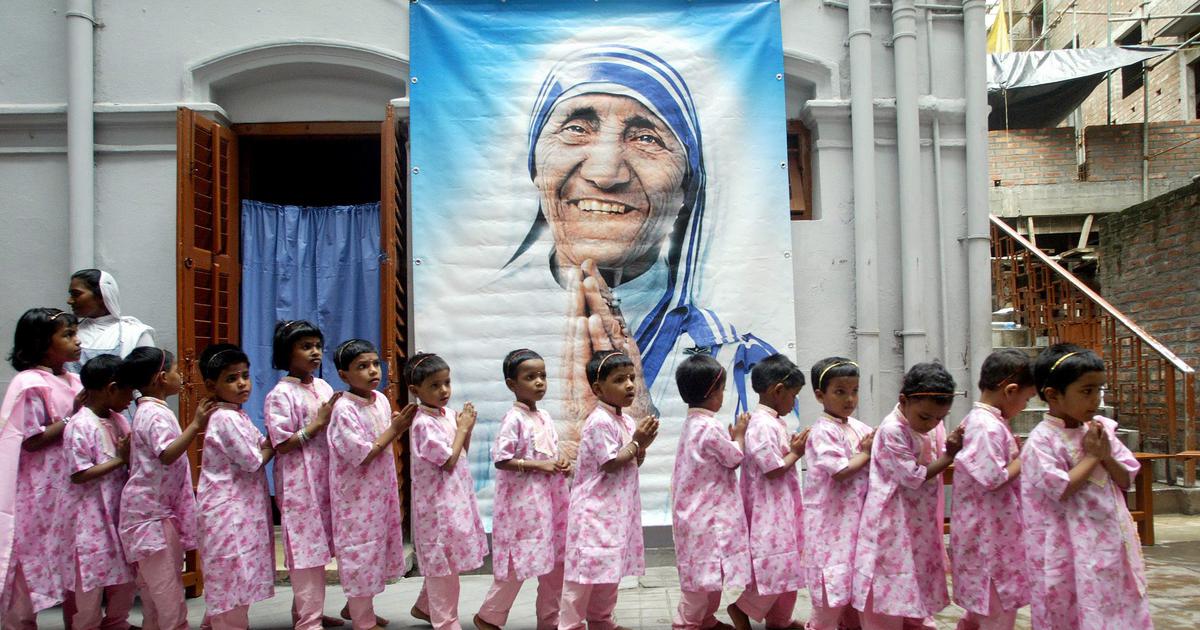 It is an attack on the poorest of the poor, said the Catholic church.

Mother Teresa’s Missionaries of Charity said on Monday that it had asked its centres across India not to operate the organisation’s foreign contribution accounts after the Ministry of Home Affairs refused to renew its permission to receive funds from abroad.

The Catholic organisation runs more than 240 homes for orphans, the destitute and AIDS patients across India.

“…While considering the MoC’s renewal application, some adverse inputs were noticed,” the ministry said.

The Missionaries of Charity’s registration under the Foreign Contribution Regulation Act was initially valid till October 31, and was then extended to December 31, the ministry said. The religious congregation had filed an application to further extend the registration.

The ministry added: “State Bank of India has informed that MoC itself sent a request to SBI to freeze its accounts.”

The Missionaries of Charity in its statement said that its Foreign Contribution Regulation Act registration had not been suspended or cancelled. But the organisation said it had asked its units not to operate any accounts that receive foreign contributions “until the matter is resolved”…“as a measure to ensure there is no lapse”.

However, Trinamool Congress MP Derek O’Brien claimed that the Central government had pressured the Missionaries of Charity to issue the statement as a form of “damage control”.

“For weeks, right through to December 25,” he said in a tweet. “And then they pile on the pressure to extract this [the statement]. Shame on the MHA and its shameless damage control tactics.”

“Shocked to hear that on Christmas, Union Ministry FROZE ALL BANK ACCOUNTS of Mother Teresa’s Missionaries of Charity in India!” she said in a tweet. “…While the law is paramount, humanitarian efforts must not be compromised.”

The controversy follows a spate of attacks on Christians around Christmas. Hindutva group members disrupted Christmas celebrations in two schools in Gurugram in Haryana and Pandavapura in Karnataka on Saturday. A day later, a statue of Jesus Christ at the Holy Redeemer Church in Haryana’s Ambala was broken by vandals.

In an official statement, Father Dominic Gomes, vicar general of the Archdiocese of Calcutta, described the move as “a cruel Christmas gift to the poorest of the poor”.

It will affect 22,000 people, including those who benefit from the organisation’s activities as well as dependants of those working for the organisation, his statement said.

Missionaries of Charity “sisters and brothers reach out to uplift thousands and are often the only friends of the lepers and social outcast no one will even venture near”, the statement said.

“This latest attack on the Christian Community and their social outreach is even more a dastardly attack on the poorest of India’s poor”, who the Missionaries of Charity congregation serves.

In his statement, Gomes said that allegations of Christian organisations forcibly converting people of other faith have often been used as a “justification” for such moves. Gomes said that such allegations are “patently false [and] boggles the mind with its incredulity”.

He said that if the allegations of conversions were true, Christians would have accounted for more than the current 2.3% of India’s population.

Surjya Kanta Mishra, the chief of Communist Party of India (Marxist) West Bengal unit and human rights activist Harsh Mander were among those who criticised the government.