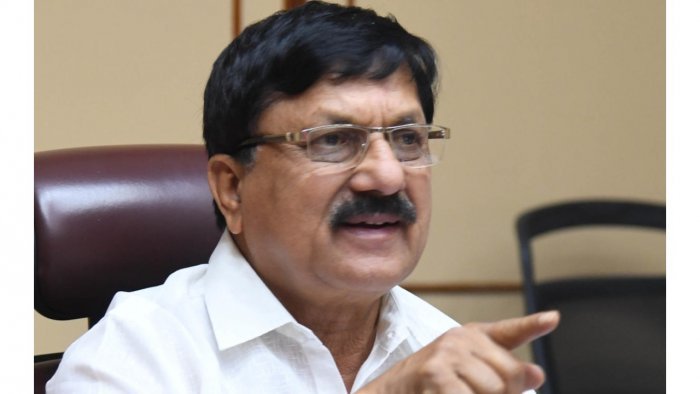 12/20/2021: The purpose of such laws is to give state protection for perpetrators of violence in society

On paper, Article 25 of the Constitution guarantees everyone the right to profess, practise and propagate their relgion. This is subject to two kinds of restrictions — the laws regulating or restricting the secular aspects of religious practices, and the state regulating the religious practices themselves in the interests of public order, morality, health, and specific to Hindus, social welfare and reform.

Constitutionally, one can choose one’s religion or choose none at any point of time in one’s life. The Constitution doesn’t say one is free to practise only one’s birth religion (or worse, only one state-mandated religion). So where do “anti-conversion laws” such as the one currently being contemplated by the Karnataka government fit in?

Anti-conversion laws in India are not particularly new. Their history goes back to even pre-Independence days but post-Independence, Odisha had the first in 1967. The motivation behind this law was to check Christian missionaries in states with large tribal populations. Somewhat ironically titled the ‘Orissa Freedom of Religion Act, 1967’, the law prohibited “forcible conversion” and also mandated that anyone choosing to convert out of the faith they had been born in had to inform the district magistrate.

The Orissa law was challenged in the court and the Orissa High Court in Yulitha Hyde v State of Orissa (1972) struck it down as being contrary to Article 25 of the Constitution and also for the reason that the law was made on a subject which was beyond the State Legislature’s power to pass the law. While the court agreed that forcible conversions could be banned, it found that the word “inducement” in the law was too wide and vague, and could be understood to have banned all proselytising activity.

However, when the matter was taken in appeal to the Supreme Court (and heard along with a challenge to the Madhya Pradesh law), the SC in Rev Ft Stanislaus v State of MP (1977) upheld such laws on the grounds that what was being prohibited was “forcible conversion” and therefore justified on the grounds of “public order”. Since it was a law related to public order, the SC also held that the State Legislature had power to pass such a law.

The Fr Stanislaus judgement is not without its problems. It accepts at face value the claim of the state government that “forcible conversions” cause law and order problems without asking for any material to justify it. It does not at all deal withthe clause which mandates prior intimation to the district magistrate before conversion and does not engage seriously with the argument about the width of the acts which have been criminalised under the law. Though delivered by a Constitution bench,its reasoning is shoddy and incomplete.

More recently, the Himachal HC struck down parts of the Himachal Pradesh Religion Act, 2006, which imposed criminal sanctions on those who converted without intimating the government. It did this while upholding provisions similar to those upheld in the Fr Stanislaus case.

However, a fresh set of changes took place to anti-conversion laws in the recent past attempting to bring even marriage as a forbidden reason for conversion. While the Uttarakhand and Uttar Pradesh laws in this front have been challenged and are pending in the Supreme Court, the Gujarat HC has stayed the operation of the amendment made by Gujarat to bring marriage into the purview of anti-conversion laws.
The fate of these laws might depend on the interpretation and application of the Supreme Court’s nine-judge bench decision in Justice (Retd) Puttaswamy v Union of India (2017) where the scope of the right to privacy was dramatically expanded to include the right to make important life decisions such as marriage, choice of food, et al.

As things stand, if the Karnataka government introduces the anti-conversion bill and passes it into law, it will be the ninth state to pass such a law. Yet, one must ask — for what purpose such anti-conversion laws? Demographic data shows little, if any, evidence of any “mass conversions”. Any “public order” issues are usually the result of Hindutva groups attacking churches and priests gathering peacefully and using “conversion” as a cloak to justify their violence. So, what is this anti-conversion law really trying to do?

If one has to be cynical, perhaps the most successful anti-conversion law isn’t even about conversion or religion. It is the 1950 Scheduled Castes Order of the Union government which directs that non-Hindu Dalits would not be considered “Scheduled Castes” for the purposes of reservations and benefits. This has since been amended to include Sikh and Buddhist Dalits within the fold of “Scheduled Castes.”

The unfortunate part of this is that Christian and Muslim Dalits continue to face discrimination and oppression as a result of their caste location. Even though Christian and Islamic doctrine do not recognise caste among the followers of their respective religions, it is a fact that caste practices and untouchability are common among Muslims and Christians in India.

Even though they suffer caste atrocities at the hands of their “upper caste” co-religionists, Christian and Dalit Muslims do not enjoy the protections of the SC/ST Atrocities Act — a fact which was brought into stark relief during the caste violence perpetrated by Christian Okkaligas on Christian Dalits in Harobele village in 2015.

What’s the issue?
If the chance to escape caste oppression or get the benefits of affirmative action isn’t really forthcoming from conversion, what particular problem then is the anti-conversion law trying to solve?

Applying the constitutional framework to try and understand the proposed anti-conversion law in Karnataka is, however, misleading. he Constitution assumes that laws are made for the purposes of public welfare or to promote a social, economic and cultural agenda which is in tune with the constitutional ethos. However, law-making can also have a sinister purpose that has nothing to do with the Constitution or rights. Laws can be made simply to promote and condone state-sponsored violence against vulnerable groups of people.

One sees this pattern not just in the context of anti-conversion laws but also in laws which seek to ban cow-slaughter and “love-jihad”. None of these laws are intended to be applied by the state machinery or secular institutions.

The purpose of such laws is to give state protection for perpetrators of violence in society. An “anti-love jihad” law gives cover to the girl’s family and caste members to separate a consenting couple by putting the man in jail until the girl is pressurised to give up the relationship. The purpose of these laws is not to actually obtain convictions and punish criminals. The purpose is served at the point of filing the FIR and making the arrest. The purpose is to grind down vulnerable people through the use of state machinery.

The obvious target of Karnataka’s anti-conversion law is therefore any Christian in the state. The purpose is to create an “Other” who can be demonised and targeted for the ends of political Hindutva. No doubt, if and when the bill becomes law and is challenged in court, constitutional principles will be used to decide its validity or otherwise. However, this exercise will completely miss the purpose of such laws.

Read the story at www.deccanherald.com 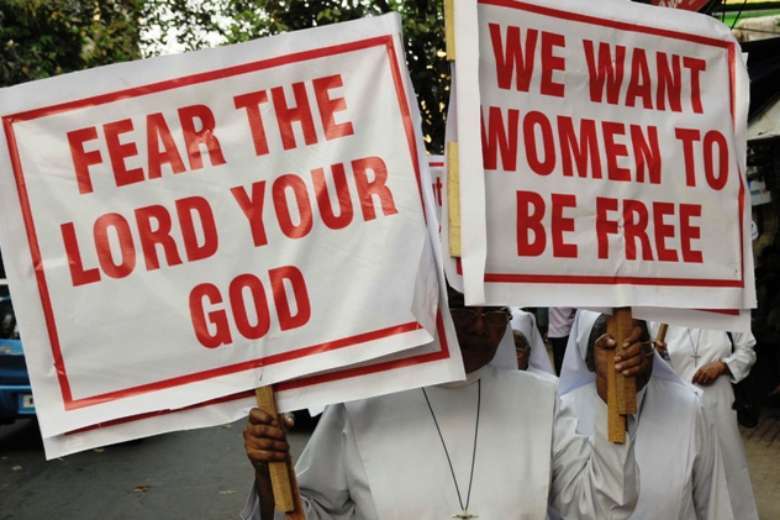 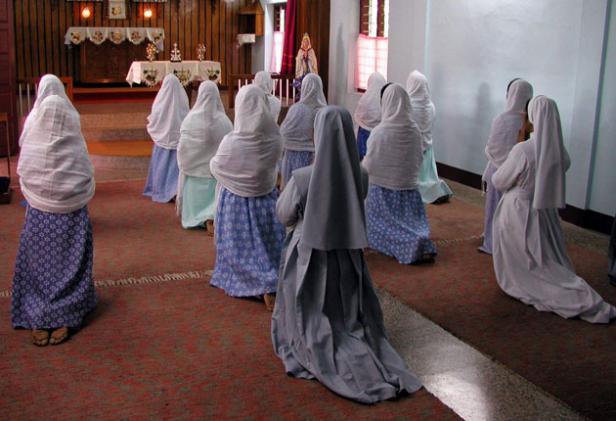 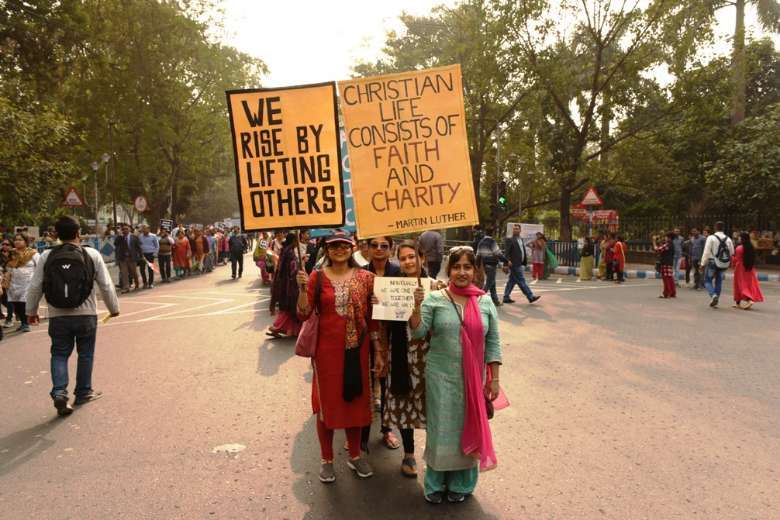