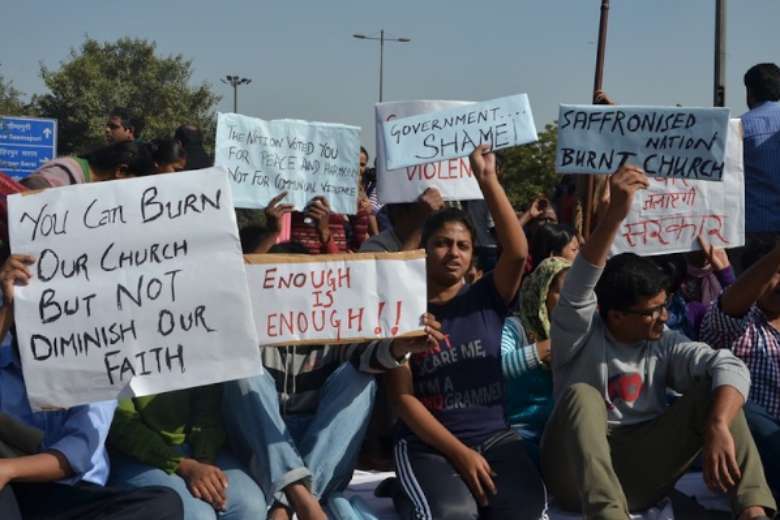 India’s Tribal Christians Under Pressure to Give up Faith

Indigenous Christians in the central Indian state of Madhya Pradesh say they are under increasing pressure to give up their faith due to mounting pressure from Hindu activists.

“Our people are being forced to give up Christianity and join the Hindu religion,” said Patrick Ganava, a Catholic from the predominantly tribal Jhabua district.

He said Hindu activists and organizations were conducting special drives in villages to pressurize Christians, which was a cause for worry.

“There is propaganda against Christians in the district but come what may we will not give up our faith in Jesus,” he told UCA News on Nov. 16.

“It is unfortunate that we are being portrayed as people working only for converting people to Christianity,” said Father Rocky Shah, public relations officer of Jhabua Catholic Diocese.

It is a fact that life as a Christian in this region has become increasingly difficult. Some Hindu groups such as Vishwa Hindu Parishad and Bajrang Dal are treating Christians as their enemies
The priest said he took the initiative and wrote in local newspapers explaining Christian worship and baptism, trying to clarify common misconceptions. “But nothing changed. The situation is such that our prayer services are being falsely depicted as religious conversion activity,” Father Shah told UCA News.

He recounted how a mob of over 1,000 tried to demolish a more than a century old grotto of Mother Mary on Nov. 10 in Thandla in their diocese, but the timely intervention of the police saved it. But the mob persisted with their demand for demolishing the grotto, alleging it was serving as a spot for conversion activities.

“Earlier, in September, they threatened to demolish churches that were built illegally at the district headquarters. They are now moving into the interiors. Timely intervention by the police saved us so far, but we are not sure what will happen tomorrow,” the priest said.

Auxiliary Bishop Paul Muniya of the Protestant Shalom Church said: “It is a fact that life as a Christian in this region has become increasingly difficult. Some Hindu groups such as Vishwa Hindu Parishad and Bajrang Dal are treating Christians as their enemies.”

Read this story at www.ucanews.com 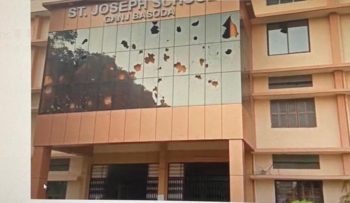