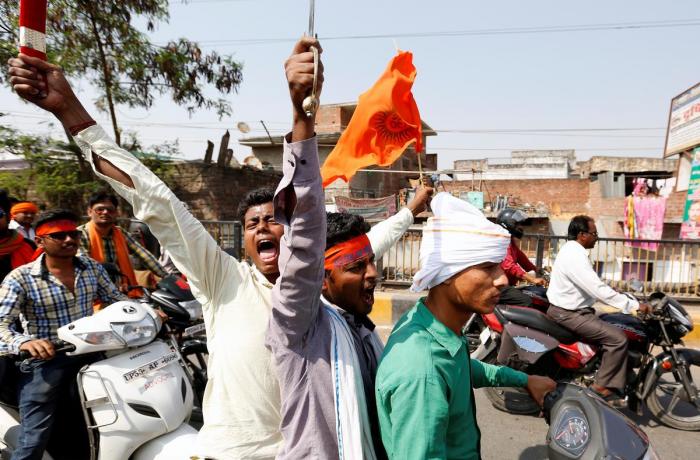 The faithful are also accused of offending the religion of others. The day before the arrest, which took place on 27 November, some Hindu radicals visited the village and asked where the prayer meetings took place. Police in Uttar Pradesh arrested three evangelical Christians on charges of forced conversions against Dalits and contempt for other religions. The arrest took place on November 27 in the village of Daraura, in the district of Mau. Sajan K George, president of the Global Council of Indian Christians (GCIC), condemns the arrest of the faithful and denounces that "Uttar Pradesh has become the hotbed of hostilities against Christians". According to district police superintendent Anurag Arya, the complaint was filed by Prakash Pasi, the village's head, who belongs to the Dalit community. However, the man denies having ever filed a lawsuit over forced conversions to Christianity. Authorities refused bail for the three Christians. They are Kapildev Ram, Omprakash and Ajay Kumar. According to the complaint presented, prayers and gatherings were held in Ram’s house every Tuesday. One of these meetings would also have been attended by the plaintiff, who then reported the attempt to "mentally exploit the villagers". The charge is that the evangelicals would have said that "if you do not 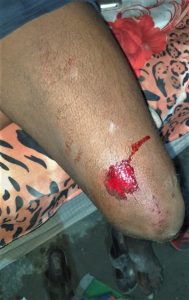 The gruesome beating of a pastor’s family in northern India last month showed why a woman who was once Christian returned to Hinduism – and joined the mob attacking them. “I was among the crowd abusing and accusing the Christian family,” the 30-year-old mother, whose name is withheld for security reasons, told Morning Star News. Led by Hindu extremists in Udham Singh Nagar District in Uttarakhand state, a mob of 60 to 70 mainly female villagers assaulted 28-year-old pastor Sawan Pol’s father, mother, wife and 10-year-old brother in Bagwala village, near the city of Rudrapur, sources said. The pastor’s wife was holding their 6-month-old son during the assault. Pastor Pol, who was away on ministry visits during the Nov. 8 attack on his home, said the assailants kicked his young brother in the groin. “Some men were wearing boots – they kicked my little brother on his private parts with the boots on their feet and injured him so badly that he still cries with severe pain every time he urinates,” Pastor Pol said. His father, 48-year-old Shyama Prasad, sustained internal injuries to his chest, knee, hands and legs and has pain throughout his body, he said. “They beat my father, mother and wife in such 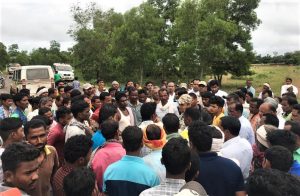 In an area of central India where tribal animists enlist Maoist militants to kill Christians who refuse to recant, Sodi Joga took it seriously when relatives threatened to kill him, his wife and 5-year-old daughter. “The villagers demanded that Joga and his family must partake in the cleansing ritual, a puja, which would cleanse them of Christianity and restore them to their previous faith,” Dudhi Bandi, an elder of New Bethesda Yishu Krist Ministries in Sukma District, told Morning Star News. “But they refused to bow to the tribal deities.” The family had been attending Christian worship services for more than a year in Gadiras village, Chhattisgarh state. When they refused to bow to the tribal deities, villagers expelled the family from their home in the Kalgundapara area of Gadiras village on Nov. 4, Bandi said. “The villagers threw out the belongings, animals and chickens owned by Sodi Joga,” Bandi said. “Joga did not know where to go. It was his relatives and kinsmen who were threatening that they would kill him, his wife and 5-year-old daughter.” The family took refuge at a church building in another village for two weeks, and then they returned in spite of the threats, he said. Bandi said he 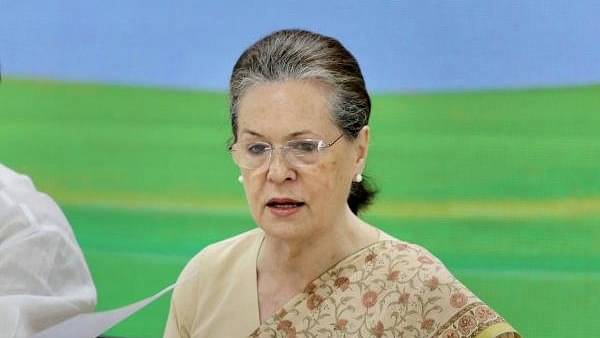 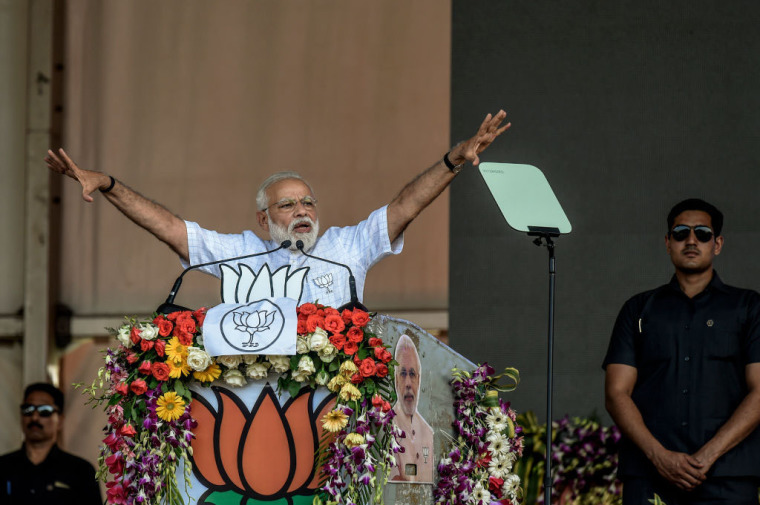 Indian Prime Minister Narendra Modi speaks at the public rally at Brigade ground on April 3, 2019, in Kolkata, India. Prime Minister Narendra Modi belongs to Hindu nationalist Bharatiya Janata Party. | Atul Loke/ Getty Images The U.S. Commission on International Religious Freedom is speaking out against a bill passed in India’s lower legislative house and is accusing the Modi government of trying to create “a religious test for Indian citizenship” in the majority Hindu nation. Protests have erupted in India’s northeast with demonstrators burning effigies of India’s president following the passage of the controversial Citizenship (Amendment) Bill in India’s Lok Sabah.  The congressionally mandated bipartisan commission recommended Monday that the U.S. State Department consider issuing sanctions against Home Minister Amit Shah and other government leaders should his CAB bill pass in India’s upper legislative house (Rajya Sabha). Shah also serves as president of the Bharatiya Janata Party, a Hindu nationalist party aligned with the Rashtriya Swayamsevak Sangh. Since BJP came to power in 2014 under President Narendra Modi, Hindu persecution against religious minorities including Muslims and Christians has dramatically increased.  Shah’s bill would change India’s 1995 citizenship law to allow citizenship to be given to persecuted minorities from Bangladesh, Afghanistan, and Pakistan who came to India before 2015. Persecuted minorities recognized 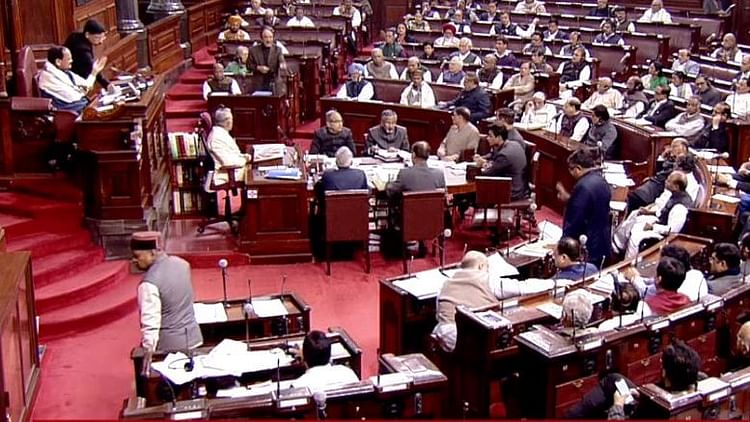 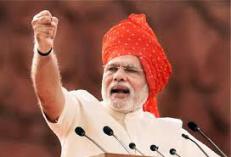 STATEMENT – CITIZENSHIP BILL , FIACONA is Concerned About the Assault on Gandhi’s Idea of India Through the Passing of Citizenship Amendment Bill (CAB)

December 12, 2019. Washington DC. The radical Hindu government headed by Mr. Narendra Modi and Mr. Amit Shah has forced a flawed Citizenship Amendment Bill (CAB) yesterday through the Upper House of Indian Parliament. It is described by many as a step forward to making India a radical Hindu version of Pakistan. The bill was passed in the lower House of Parliament on December 10th. Leaders and intelligentsia have decried the move saying it is a Black Day in the history of Independent India. The Federation of Indian American Christian Organizations (FIACONA) sees it as an assault on the basic tenants of a democracy and the idea of a Union which brought over 450 kingdoms and principalities together to form a Republic between 1947 and 1953. An inclusive Republic as envisioned by Mahatma Gandhi guaranteed equality to all her citizens where religion, gender, caste, race or one's language would not make any difference. The attempt by the Modi government now to offer preferential treatment for people from neighboring countries on the basis of religion smacks that very idea on its face. It ignores a very solemn promise made by the founders of the Republic to her people. The Bill discriminates also against the spectrum 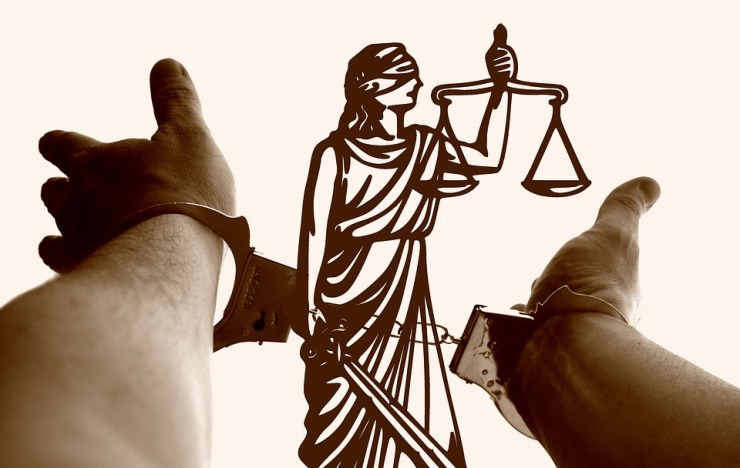 Eight Christians arrested in a week in Madhya Pradesh

In the past seven days, eight Christians in Madhya Pradesh have been attacked and taken into police custody for engaging in forced religious conversions. Radicals Hindus use forced conversions as a common reason to attack Christians, abuse them and beat them and land them in jail. In Jhabua district, pastor Rahul Para and his family were attacked at midnight and forced to vacate their home. The pastor was arrested on false accusation of forced conversions and his family was left with nowhere to go. In another similar incident in Jhabua, radicals Hindus attacked pastor Pascal Vadakhiya and three other Christians for carrying Bibles with them on December 7. Radicals beat them, accuse them of engaging in forced conversions and took them to local police station, where the four Christians were detained for two days. The radicals warned pastor Vadakhiya to not to enter into the village. Pastor Vadakhiya leads a congregation of 200 Christians with weekly worship service. But now, he is concerned about the current situation of Christians in that area. In Alirajpur district, three other Christians were arrested on the same charges. They were handed over to the police, and the authorities confiscated their Bibles and other Christian literature. 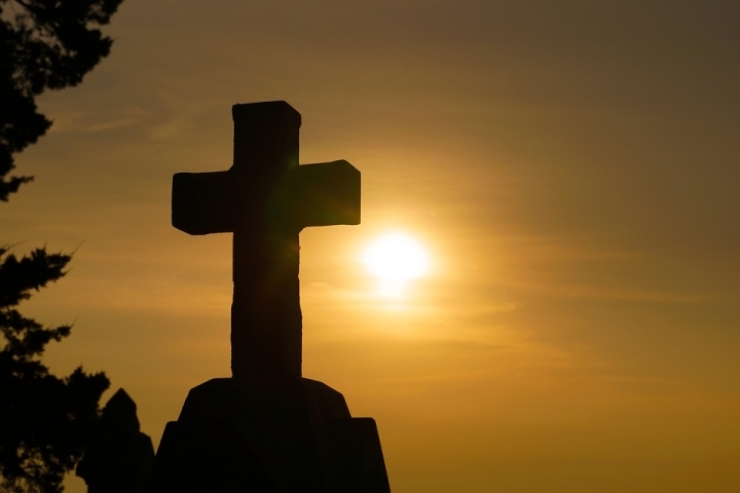 Police fired shots in the air and volleys of tear gas to push back thousands of demonstrators in the Indian capital New Delhi on Tuesday as protests raged against a new citizenship law that has angered the country's Muslims. The situation spiraled out of control after demonstrators threw stones at policemen who were holding them at a barricade, police officer Rajendra Prasad Meena said. In another demonstration in West Bengal state, protesters opposing the new laws hurled a homemade bomb at policemen, injuring three of them. The new Citizenship Amendment Act makes it easier for non-Muslims from the neighboring countries of Afghanistan, Bangladesh and Pakistan to gain Indian citizenship. Critics say it weakens India's secular foundations since it does not apply to Muslims, and fear it is part of a Hindu nationalist plan to marginalize the country's own Muslims. Despite days of violent demonstrations, Prime Minister Narendra Modi's government dug in its heels on Tuesday. "Both my government and I are firm like a rock that we will not budge or go back on the citizenship protests," Home Minister Amit Shah told the Times Network. In the clashes in Delhi's Seelampur area, police fired shots in the air and lobbed more than 60 rounds of tear gas 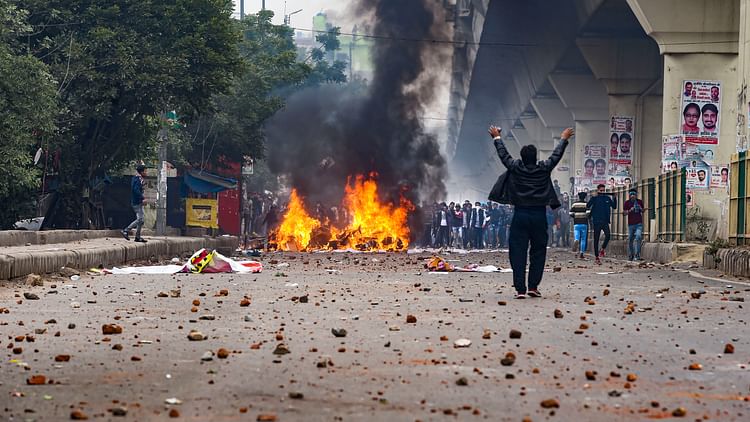 A protest in Delhi’s Seelampur turned violent when police stopped them from moving ahead. Agitated crowd pelted stones at police, damaged vehicles including a school bus and vandalised police booths The protests against the Citizenship Amendment Act (CAA) continued in several areas of the national capital on Tuesday, primarily in Muslim-dominated localities of Old Delhi, Jamia Nagar and Seelampur where a protest march turned violent as some people pelted stones at the police and vandalised several vehicles. The protest in North East Delhi’s Seelampur-Jafrabad area turned violent when police stopped them from moving ahead. The agitated crowd clashed with police, pelted stones at police personnel and damaged vehicles, including a school bus which had a driver and student. They said two bikes of traffic cops were burnt by the demonstrators, adding two police booths in the area was vandalised and CCTV cameras installed there were taken away by the mob. Police said two FIRs have been registered at Seelampur and Jafrabad police stations in connection with the incident. The clashes erupted two days after violence broke out during a protest in the New Friends area in South Delhi near Jamia Millia Islamia. Police said there were initially small groups of people who started the protest against the citizenship