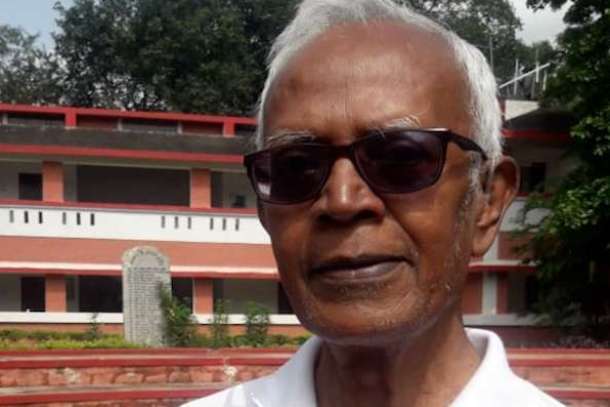 Father Stan Swamy has consistently denied any connections to Maoist rebels. (Photo: UCA News) A special court in India has further extended the judicial custody of an elderly Jesuit priest facing sedition charges.The court of th National Investigation Agency (NIA) based in Mumbai, the capital of Maharashtra state in western India, extended the judicial custody of Father Stan Swamy, an 84-year-old social activist, for another 21 days to Nov. 26 when the case will be heard again.The same court on Oct. 23 had directed the priest's personal appearance in the court. However, officials did not produce him reportedly on account of his advanced age and the Covid-19 threat.Officials of the NIA, a federal anti-terror combat unit, arrested Father Swamy on Oct. 8 from his residence on the outskirts of Ranchi, Jharkhand's capital in eastern India.He is accused of sedition and having links with an outlawed Maoist group. The following day, the priest was produced in the special court in Mumbai and was remanded in 14-day judicial custody despite his old age and various ailments.His case links him with violence in Bhima-Koregaon, a town in Maharashtra, on Jan. 1. 2018, in which one person died and several were injured. The priest's lawyers on Oct. 23 pleaded for an interim order based on his advanced age 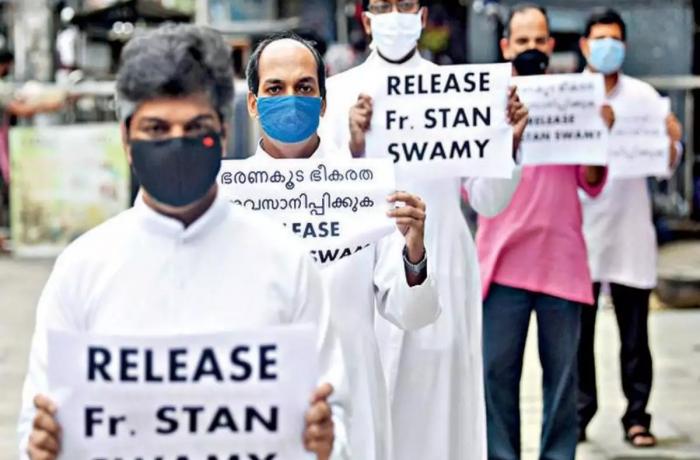 The Jesuit priest is accused of "Maoist terrorism" because he has always defended the Dalits and tribals in Jharkhand. He is locked up in the Taloja prison (Mumbai). The ills of age (83) and Parkinson's weaken him. But his friends and cellmates take care of him. Mumbai (AsiaNews) - A prayer for his fellow prisoners: this is the request from Fr. Stan Swamy, an 83-year-old Jesuit, arrested for "Maoist terrorism", but in reality because he has been defending the life and rights of tribals in Jharkhand for years. In a letter that the priest managed to send to his friend, human rights activist Jonh Dayal, he says that his cellmates all come from "very poor families", and that they help with his daily needs. Fr Stan, in addition to the problems of age, is suffering from Parkinson's disease, which means he cannot wash or eat alone. His cellmates help him bathe, wash his linen and feed him. For the priest these are signs that "despite everything, humanity overflows in Taloja prison". Fr Stan, who was transferred from Ranchi to Mumbai, had sought release on bail for health reasons, but it was not granted. Both the Catholic church and human rights groups have petitioned on his behalf. The priest says