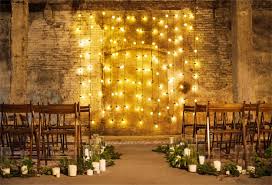 Social activists and others on March 28 condemned the arrest of noted economist Jean Dreze earlier in the eastern Indian state of Jharkhand in the day.

“Jean Dreze is a saint-economist, a potential Nobel awardee who lived in slums, written and done more for the poor than any economist, shunned all power and glory, took up Indian citizenship, is a pacifist. Nothing can be more shameful than arresting him,” tweeted Yogendra Yadav, a renowned psephologist and political commentator based in New Delhi.

The Jharkhand Police detained and then released Dreze after he refused to sign a bond and declare that he had no grievances against the government.

The well-known Indian economist of Belgian origin and two of his companions, Vivek and Anuj, were detained for a few hours at Vishnupura police station in Garhwa, some 220 km northwest of Ranchi, the state capital.

The police asked them to sign a bond and declare that they had no complaints against the government. But they refused to sign any bond or give anything in writing.

Dreze and his companions were picked up and taken to the police station for allegedly not obtaining permission from the police for a meeting of villagers on ‘Right to Food.’ People close to Dreze claimed that permission had been sought but no information but got no information whether it was rejected.

The team had participated in a meeting of villagers the previous night and were to attend another meeting on March 28.

As the news of the economist’s arrest spread, Twitter erupted with outrage.

Journalist Saurav Datta termed the detention as “Shocking beyond words!”

Nilanjana Roy, an Indian journalist, literary critic and author, asked: “Now we’re arresting economists? For organising a meeting on the right to food?”

Prashant Bhushan, a renowned lawyer, noted that Dreze had co-authored several books with renowned economist and Nobel laureate Amartya Sen. “This while goons who beat up Muslim family in Gurgaon roam free,” he regretted.

The police also tried to confiscate the economist’s mobile phone and for some time he was not allowed to use it. They were told that they would have to apply for bail and that the administration would file an FIR naming the three. They were also advised to look for bailors.

With public pressure building up, the police station was apparently asked to release the three activists.

Dreze, now an Indian citizen, had arrived in India in 1979 as a 20-year old and obtained his doctorate from Indian Statistical Institute, New Delhi. He has authored several books on development economics.

Dreze is known for his commitment to social justice, both in India and internationally. During and after his PhD in India, he adopted a lifestyle of voluntary simplicity. While in the London School of Economics, he frequently slept rough and lived with homeless squatters, helping to start a squatters movement in 1988 that opened buildings to the homeless and defied eviction.

He wrote a short book about this movement and the life of the homeless in London, called No. 1 Clapham Road: the diary of a squat. Dreze is known for refusing luxury and, while doing fieldwork, still lives and works in the same conditions as his respondents. In Delhi he and his wife Bela Bhatia had a one-room house in a jhuggi.

During the 1990–1991 Iraq War, he joined a peace camp stationed on the Iraq-Kuwait border. His 1992 article with Haris Gazdar, “Hunger and Poverty in Iraq, 1991”, was one of the first assessments of Iraq’s economy after the Gulf war, and an early warning about the potential human costs of the Iraq sanctions.

Another book that came out of Iraq is War and Peace in the Gulf.