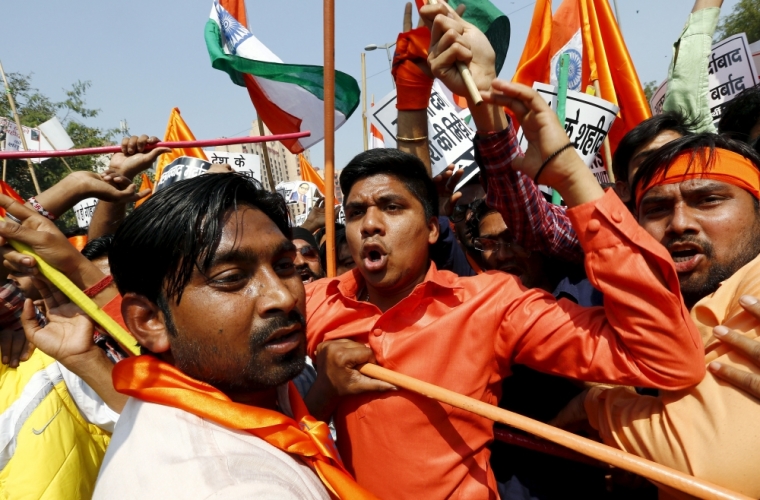 Authorities in India are reportedly now requiring employees of foreign-funded nonprofits to sign notarized affidavits saying they will not engage in religious conversion.

The new requirement comes about two years after the Christian child sponsorship organization Compassion International was forced out of the country over a crackdown on foreign aid.

India’s Ministry of Home Affairs announced that each member or functionary of a nongovernmental organization will need to file an affidavit attested by a notary declaring that they have not been involved in any act of religious conversion or prosecuted for communal disharmony.

Previous rules required only top office-bearers to give an affidavit when seeking public grants.

The Catholic news outlet Asia News reports that advocacy groups fear that the new rules are meant to target Christian ministries that serve the poor and marginalized.

The head of India’s Home Ministry, Amit Shah, is also the president of the Hindu nationalist-aligned Bharatiya Janata Party.

Since BJP’s rise to power with the election of Prime Minister Narendra Modi in 2014, persecution against Christians and other religious minorities has drastically increased.

“These new modifications will reignite fears that NGOs will be selectively targeted and their FCRA registration canceled and their bank accounts frozen,” Global Council of Indian Christians President Sajan K George told AsiaNews, a press agency of the Pontifical Institute for Foreign Missions.

“Every organization whose goals can be interpreted in the broadest sense of sectarian discord, or with accusations of conversion or as a simple ‘violation’ will be included.”

George stressed that “these new changes seem to be made solely for the purpose of hitting minority-run organizations.”

George voiced concern about how BJP tried to revoke the license of 96 NGOs based in the Jharkhand state in 2016, most of which were organizations run by Christian missionaries or funded by entities supported by local churches in the state.

Such entities, he said, included schools, colleges, hospitals, and dispensaries in rural areas.

The FCRA had faced criticism from 100 members of U.S. Congress due to the government’s “lack of transparency and consistency” in the law’s enforcement. Thousands of foreign-funded NGOs have lost their licenses to accept foreign funding since Modi took office in 2014.

In early 2017, headlines were made when Compassion International was forced to halt its ministry to over 147,000 children in India after decades of service because of a new application of FCRA halting its ability to send funds to projects throughout the country.

According to The New York Times, part of the reason Compassion International’s programs were shut down was due to suspicion of religious conversion.

At least seven states in India have anti-conversion laws on their books that are often abused by Hindu nationalist groups that accuse pastors or missionaries of illegally converting people by allurement or force. In some places, such a crime is punishable by anywhere from three to seven years in prison.

Most recently, it was reported that a Catholic priest and a school nurse in Jharkhand were jailed earlier this month on charges of forced conversion and illegal land occupation.

The priest, Binoy John, was released this week and told media that he thought the prison guards tried to kill him because they gave him drugs for a fever when he needed medication for heart disease.

According to Asia News, John told the newspaper Malayala Manorama that he begged to be taken to a hospital and his initial requests were refused. He was transported to a hospital only after his condition became critical.

In the state of Himachal Pradesh, the BJP-led legislature approved amendments in late August broadening the state’s anti-conversion law and raising the maximum punishment for violating the law.

India ranks as the 10th-worst country in the world when it comes to the persecution of Christians, according to Open Doors USA’s 2019 World Watch List.

Christian comprise about 4.8 percent of the Indian population.

“Identifying oneself as a Christian can be risky and vicious threats through social media are commonplace,” An Open Doors’ country dossier reads.

According to the dossier, evidence suggests that digital surveillance has been carried about against Christian leaders by Hindu radicals.

“In the countryside, open signs of following a faith different to Hinduism (or Islam), will stimulate aggression as it will automatically be linked to evangelism or conversion,” the dossier reads. “Private meetings for worship activities are not safe. Throughout the country, local intelligence monitors all Christian activity.”

Prime Minister Modi is currently visiting the U.S. and was at a rally in Houston on Sunday with President Donald Trump.