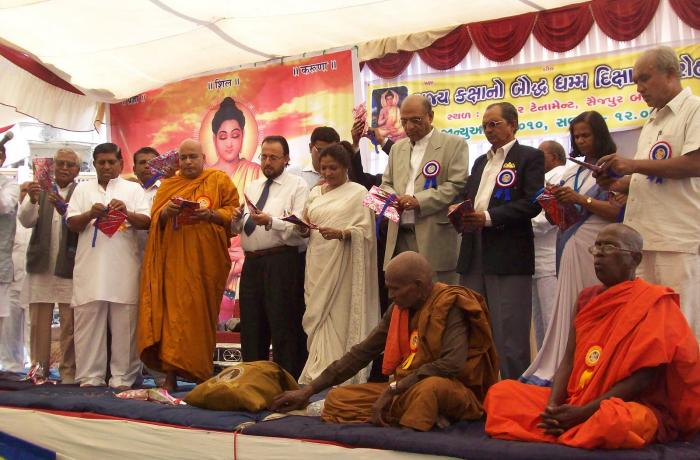 At least 1,838 people changed religion in the last five years in Gujarat, this according to data released by state authorities. Of these, 1,735 were Hindus.

Faced with these numbers, the president of a far-right Hindu nationalist group blamed Christian missionaries. “Christian missionaries are converting Hindus in the name of social services while the Muslims are doing so in the name of Love Jihad[*],” said Dilip Trivedi, president of the Vishva Hindu Parishad (VHP) in North Gujarat, in an interview with the Times of India.

“Conversion to Buddhism, Jainism or Sikh religion is not a conversion,” he added. “One can change panth (sect) in Sanatan Hindu religion but converting to Islam or Christianity does major damage to the religion. Their idea of nationhood also changes with their conversion.”

According to Sajan K George, president of the Global Council of Indian Christians (GCIC), Trivedi’s comments must be “condemned because they create division among communities”.

Sadly, “in seven Indian states anti-conversion laws are in force,” he explains, with serious penalties imposed on those who induce people to change religion through money and other means.

Under such laws, would-be converts must submit a written request, which a district magistrate will examine.

Government figures show that the districts with the highest number of conversions are Surat, Junagadh and Anand. In Surat, 474 Hindus, 11 Muslims and no Christians filed a request to change religion.

The authorities believe that most Hindus (432) became Buddhists at an event organised by the Buddha Dharma Diksha Angikar Samiti last January.

“Dang district has a tribal majority, not very keen on conversions,” Sajan K George said. “This is shown by the fact that the district magistrate did not received any request in recent years. This means that conversions to Christianity are neither extorted nor achieved through seduction.”

For George, “Anti-conversion laws are only a tool to harass and intimidate the vulnerable Christian community. The Church’s charitable works are distorted to suggest that they are proselytising. Anti-Christian propaganda in secular India continues.”