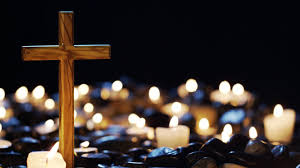 John Dayal and Jesuit Father Cedric Prakash were among hundreds of human rights activists on December 19 detained in various parts of India for protesting against the Citizenship Amendment Act (CAA), which they say is divisive.

The Delhi Police detained Dayal, a senior journalist and human rights activist, along with others for protesting in front of police headquarters

They were later released.

All were picked up from Shaheed Park headquarters and were taken to Shaheed Park Police Station, said A.C. Michael, former member of Delhi Minority Commission.

Father Prakash was detained with others in Ahmedabad, Gujarat.

Upon the detention, the Jesuit priest said, “We are truly living in a fascist state.”

In Bengaluru, capital of Karnataka state, as many as 25 people, including historian and author Ramachandra Guha, were detained by the police when they tried to stage a peaceful protest at Town Hall. Guha was bundled into a van when he tried to defend his right to take out a peaceful rally.

The police also rounded up protesters from surrounding streets and roads as they were making their way to the spot. A similar scene played out at Mysore Circle when people started gathering there.

At Town Hall, the police rounded up protesters in buses, while women were being taken to the police station in auto-rickshaws. “This is not done. We are here to protest peacefully,” one agitator told the Hindu.

As many as 40 platoons of reserve police force have been deployed along with the Bengaluru city police at sensitive points to maintain law and order after Section 144 was imposed across the state December 18 evening.

“Police personnel have been instructed not to use force, keeping in mind what happened in Delhi,” said a senior police official referring to the violence of the police response to student protests at Jamia Islamia Millia, and the ensuing nationwide unrest.

The Delhi administration has clamped section 144 in parts of the national capital in view of two major rallies against the CAA and the police crackdown against Jamia Millia Islamia University students.

Students from JNU, DU, and Jamia, as well as individuals from different walks of life, took out a march near the Red Fort, in defiance of the restrictions in the area.

Barricades have been erected in large part of south, east and north Delhi to check movement of protesters, triggering massive traffic snarls in large parts of the city.

As protesters started converging at the Jantar Mantar amid heavy deployment of security personnel, barricades were erected at the protest site to prevent them from moving further.

Senior police officials have appealed to students and activists to maintain peace. Police have also stationed water canons at the Jantar Mantar to deal with any situation.

Widespread protests have broken out across India in the past one week over the newly enacted CAA that provides citizenship to Hindus, Sikhs, Buddhists, Jains, Parsis and Christians who faced religious persecution from Pakistan, Bangladesh, and Afghanistan and arrived before December 31, 2014.

However, it excludes Muslims which the protesters say is discrimination based on religion and violates the basic tenets of the Indian Constitution. They also see it as first step towards converting India into a Hindu theocratic nation.