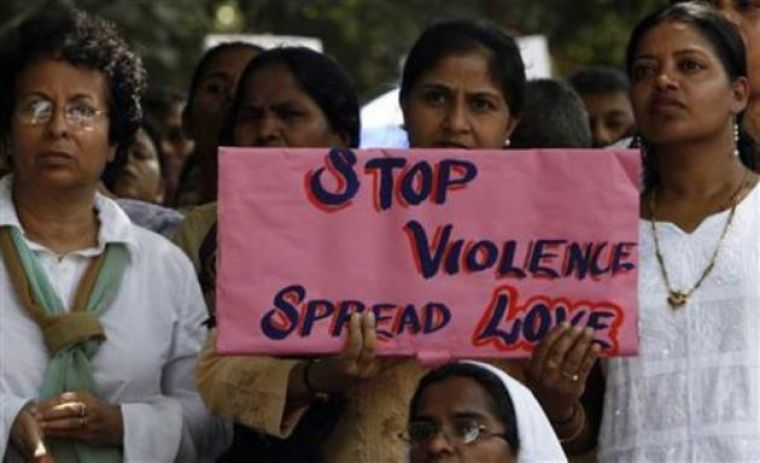 Followers of a Hindu religion in India seized a Protestant church and removed its cross and held a “purification” ceremony in the building that was once used to worship Jesus Christ.

UCA News reported that on Oct. 20, 50 tribunal people from the Sarna faith took down the cross from Vishwa Vani church in Khadnga village, Jharkhand state. They converted the building into a community hall following a purification ceremony.

The Sarna people, who make up close to 5 million in India, have claimed that Christian missionaries have taken over thousands of acres of tribal land in violation of state law, buildings churches, schools, hospitals and other establishments with the mission of converting others to Christianity.

Pastor Emmanuel Kujur, coordinator of the Protestant group in the state, said that the ground on which the church was built on was disputed, adding that it had been donated by a tribal Christian. He clarified that a local magistrate ruled that the land belonged to the government.

“But that does not give anyone the right to capture the church. The dispute continues between the brothers. Until it is settled, how can someone take it over?” the pastor asked.

Catholic Bishop Vincent Barwa of Simdega argued that there are political undertones concerning the seizure of the church.

“This is part of the hidden agenda of the BJP to divide tribal people as Christian and non-Christian ahead of elections,” he said, referring to the ruling nationalistic party.

Barwa added that the takeover serves as a warning for Christians in the state, arguing that the BJP party allows these kinds of activities against Christians.

“What is more worrying is that people are allowed to take the law into their hands as happened in this case,” he added.

Barwa, who heads the Indian bishops’ commission for indigenous people, insisted that the BJP and pro-Hindu groups find “a danger in tribal people getting educated and becoming assertive for their rights. That’s why they target attack Christians and their institutions.”

Christians have been attacked by Hindu groups on several occasions recently. Radicals destroyed the only Christian church in the village of Sangameshwar in July, looking to drive out followers of Christ from the region.

“All that the Hindu radicals want is for Sangameshwar to be a ‘Christian-free’ village,” Pastor Srinivas Sapa told persecution watchdog group International Christian Concern at the time.

“Of all the 50 odd Christians who are native to Sangameshwar, most were born in the village and are now panicked over the situation,” he added.

The church building was left in ruins of bricks, cement, and iron sheets.