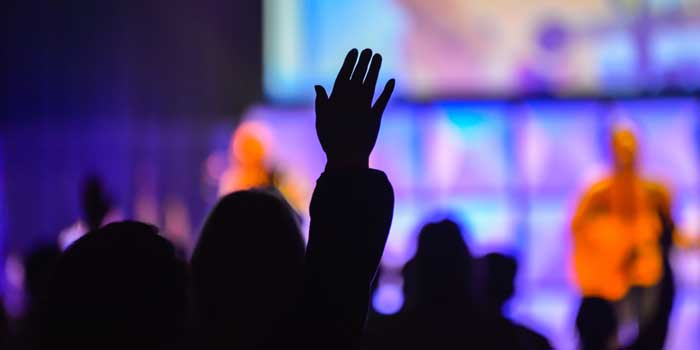 After weeks of silence, leaders of the Catholic Church have commented on the controversial Citizenship Amendment Act and countrywide protests against it.

On December 27, Cardinal Oswald Gracias, president of the Catholic Bishops’ Conference of India, said the ongoing controversy and demonstrations and counter demonstrations against the new law is a cause of “great anxiety” for all as they would harm the country.

“There is a danger that there could be a polarization of our peoples along religious lines, which is very harmful for the country,” warned the cardinal, who turned 75 on December 24.

The cardinal, the archbishop of Bombay and one of the six advisers of Pope Francis, says religion should never become the criterion for citizenship of a country. “Nor is violence a solution when there is a difference of opinion,” he said in a press release.

He urged the government to dialogue with those opposing the Act, and come to an agreement about the way forward with justice, equity and fairness.

“There is no harm in backtracking: changing course if this is necessary for the good of the country and our people,” the cardinal repeated what he had told his friends and admirers who had come to celebrate his birthday in the Archbishop’s House on December 24.

Earlier on December 23, Cardinal George Alencherry, head of the Syro-Malabar Church, urged the federal government to ‘carry out necessary revision’ of the new Act before implementing it.

Issues related to the Act should not be allowed to cause communal divide in society and differences between religions, asserted the cardinal, who was recently elected the president of the Kerala Catholic Bishops Council.

Necessary deliberations are also required to solve the confusion about the manner in which the Act is going to be implemented, said the cardinal who is based in Kochi, the commercial capital of Kerala, southern India.

He was speaking at a Christmas gathering organized at his Church’s headquarters, Mount St Thomas, Kakkanad, a Kochi suburb.

Cardinal Alencherry says the new Act lacks clarity in many areas and the Church usually doesn’t take a stand in public.

“Our country is going through a turbulent condition. The farmers and fishermen in Kerala are having issues too. What we need to realize is that the birth of Jesus happened after overcoming so many hurdles. He fought and overcome all hurdles in his lifetime. So as humans, we will have to face many hardships, but we can overcome them,” the cardinal added.

Meanwhile people cutting across religions continue to protest the Act in various parts of the country.

On December 20, more than 200 Christian leaders from across India condemned the Act and the “brutal repression” of protests by youth and civil society against the legislation.

“We express our solidarity with the students and others who have been grievously injured and pray for their speedy recovery,” said the statement signed among others by Father George Pattery, head of the Jesuits in India, former theology professor T K John, human rights activist John Dayal, and Evangelical Fellowship of India general secretary Reverend Vijayesh Lal.

The statement noted several controversial legislations passed by the Parliament since the new government came to power in May. They have led to the collapse of the democratic institutions of India built “carefully and painstakingly” by “enlightened leaders” over the last seven decades, the Christian leaders bemoaned.

The new law, they say, is deeply divisive, discriminatory and violative of human rights. In particular, this legislation discriminates against Muslim communities in India, who constitute over 14 percent of the population of India, and therefore, it is totally unacceptable in a secular democratic republic of India.

“The letter and spirit the Constitution, framed by men and women who had participated in the freedom struggle, cannot be thrown out at the whims of a particular ideology. We are deeply saddened at the haste in which the President of India gave his assent,” the statement added.

The Act became a law on December 12 when the president signed it. However, it would become effective only when the government notifies it.

The Lok Sabha, the lower house of parliament passed it on December 10 and the Rajya Sabha, the upper house, two days later.

The protests against the law started on December 12 at the campus of New Delhi’s Jamia Millia Islamia University.