top
Home•News •RSS claiming the legacy of both Gandhi and his assassin, is amusing as well as outrageous 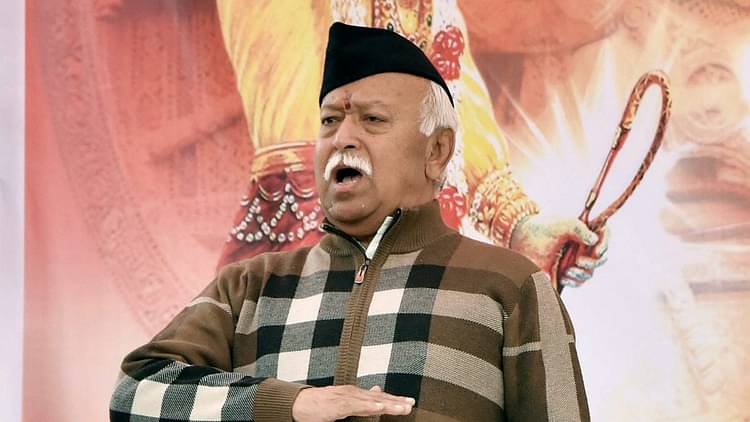 RSS claiming the legacy of both Gandhi and his assassin, is amusing as well as outrageous

If RSS is serious about appropriating Gandhi, it must embrace what he said: “Free India will be no Hindu Raj…it will be Indian Raj based not on the majority of any religious sect or community…”

A recent editorial in the Organiser, the official organ of the RSS, in the guise of questioning the right of the Congress to lay claim to the legacy of Mahatma Gandhi, staked the Sangh Parivar’s claim to be the true inheritor of the legacy. As if this was not audacious enough, the editorial is followed and buttressed by an essay which is by way of a tribute to the Mahatma by Mohan Bhagwat, the RSS chief.

An innocent reader would indeed be impressed by the devotion expressed to Gandhiji and his values. But the innocent reader could still ask why the BJP-RSS establishment has taken no action to expel Sadhvi Pragya, who remains a BJP MP after publicly praising Gandhiji’s assassin, Nathuram Godse.

Has the RSS-BJP become so democratic or even anarchic, that the RSS chief and the Prime Minister write paeans of praise to the Mahatma, but are not willing to sacrifice a single MP for publicly defying their public stand and cross the Lakshman Rekha? Can you claim the legacy of the Mahatma and his assassin at the same time? Even for an organisation known for its doublespeak, this is a trifle over the top.

It has become a habit of RSS-BJP ideologues to claim that Gandhiji had visited and praised the RSS on a couple of occasions, and Bhagwat does the same, citing the Collected Works of Mahatma Gandhi.

Does it not appear strange that an organisation which claims to be nationalist and was set up in 1925 had so little interaction with the foremost leader of the freedom struggle that they can only cite these two or three occasions of contact between 1925 and 1947?

Two major mass struggles were fought between 1925 and 1947, the Civil Disobedience Movement between 1930 and 1932 and the Quit India Movement in 1942. When asked about their role in these struggles, the answer is that the founder of the RSS, Dr Hedgewar, did participate and even went to jail. But there is no answer to the question as to why the RSS as an organisation did not join the struggle.

In 1942, there is not even the fig leaf of Dr Hedgewar going to jail. It is well documented that the RSS told its cadres to stay away and its overtly political wing, the Hindu Mahasabha, under the leadership of VD Savarkar, offered co-operation to the British, asked Hindus to join the army, and formed governments in coalition with the Muslim League in Sind and NWFP and with the Krishak Praja Party in Bengal.

And this is when Gandhiji, Sardar Patel, Nehru, Maulana Azad and all other leaders and cadre of the Congress were thrown into jail. Did the RSS hold a single meeting of protest even against the arrest of Gandhiji, whom they now claim as their own?

What the Mahatma wrote

It is also the habit of the RSS to not mention the uncomfortable facts that their research into the writings of Gandhiji must have brought forth. Of particular mention is a piece written by Gandhiji just before his arrest and published in the Harijan of 9 August 1942, the very day of his arrest.

He refers to a complaint forwarded to him by the President of the Delhi PCC which says that the RSS “consisting of 3000 members goes through a daily lathi drill, which is followed by reciting the slogan, ‘Hindustan belongs to Hindus and to nobody else’. This recital is followed by a brief discourse in which speakers say: ‘Drive out the English first and then we shall subjugate the Muslims. If they do not listen, we shall kill them’.

Gandhiji went on to write, “taking the evidence at its face value, the slogan is wrong and the central theme of the discourse is worse….I hope that those in charge of the Swayamsevak Sangh will inquire into the complaint and take the necessary steps.” He then proceeds to counter the RSS notion of ‘Hindustan belongs to Hindus and nobody else’ with a formulation which was to become a classic statement of true Indian nationalism. Gandhiji said:

“The slogan is wrong and absurd, for Hindustan belongs to all those who are born and bred here and who have no other country to look to. Therefore, it belongs to Parsis, Beni Israels, to Indian Christians, Muslims and other non-Hindus as much as to Hindus. Free India will be no Hindu raj, it will be Indian raj based not on the majority of any religious sect or community but on the representatives of the whole people without distinction of religion…Religion is a personal matter which should have no place in politics.”

That Gandhiji understood the true character of the RSS very well is testified by his Secretary, Pyarelal. When communal riots had broken out in 1946, and one of the members of Gandhiji’s entourage commented that the RSS workers were doing very good work in the transit camps, he is said to have retorted, ‘Don’t forget that so were the Nazis under Hitler and the Fascists under Mussolini.’

The Organiser editorial also repeats another favourite of Congress-baiters, that Gandhiji wanted the Congress to be disbanded after independence. It adds that this would have prevented the misuse of the Gandhian legacy.

This argument is based on an erroneous interpretation of an article by Gandhiji which appeared in the Harijan on February 2, 1948, three days after his death, to which his associates gave the title ‘Last Will and Testament’.

Gandhiji wrote it on 29th January, without fore-knowledge of his death, and did not intend it to be his ‘last will and testament’. In fact, it was part of a debate on the role of the Congress in independent India initiated by the Congress Party in 1946, to which many leaders had contributed, and Gandhiji was contributing to the debate.

This is also clear from the fact that in the same issue of Harijan of February 2, 1948, there was another statement of Gandhiji which said:

“The Indian National Congress which is the oldest national political organisation, and which has after many battles fought her non-violent way to freedom cannot be allowed to die. It can only die with the nation.”

If the RSS/BJP want to lay claim to the legacy of Bapu, as Gandhiji was called by all who claimed his affection, let them implement Gandhiji’s promise to the people of India on the eve of the toughest ‘Do or Die’ battle that he fought against the British:

Hindustan belongs to all those who are born and bred here and who have no other country to look to…. Free India will be no Hindu raj

Can they place their hand on their hearts and say that the NRC and the Citizenship Amendment Bill they are threatening to implement in the whole country, is in tune with Gandhiji’s promise?

Is it in tune with Gandhiji’s legacy to break solemn promises given in the Constitution to the people of Jammu and Kashmir and deny their civil liberties, which Gandhiji called ‘the water of life, which cannot be diluted’?

(The author taught Modern Indian History at JNU and is the co-author of two best sellers, India’s Struggle for Independence and India Since Independence)