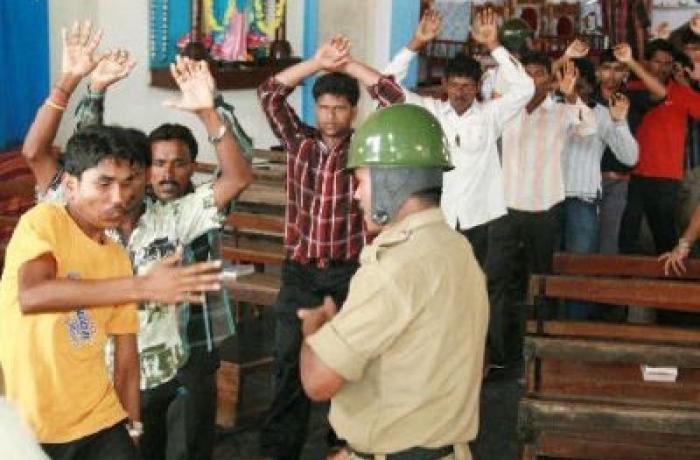 Pastors and faithful arrested in Uttar Pradesh;  in Haryana a pastor beaten in turn by six people.  Christian leader complains of constant harassment of the “tiny Christian community”: “Far-right radicals create public order problems, but then Christians are arrested.”

Pastors and faithful arrested on charges of forced conversions to Christianity;  a pastor surrounded by 250 Hindu radicals, beaten and detained in prison on the same charge.  These episodes have been taking place in northern India since the beginning of the new year,  confirming the climate of intolerance present in the country.  Sajan K George, president of the Global Council of Indian Christians (GCIC), condemns this “harassment of Christians” to AsiaNews.

Yesterday two pastors arrested on 25th November in Uttar Pradesh were released on bail on charges of conversions extracted by force;  today another Christian should be freed.  The three men are: Rev. Om Prakash, 23, Rev.  Ajay Kumar, 20, and Kapil Dev Ram.  The arrest occurred following the assault on Mr. Ram’s home, where a prayer rally was held.

The neighbors broke into the room and would have beaten the two pastors if the landlord and his son had not intervened to defend them.  Later the Christians were denounced with various accusations: alleged promotion of discord between religious groups, deliberate offense against religious sentiments, induction.

In the state of Haryana another pastor, Rev.  Singh was taken from the domestic church in the village of Bichpari, where 250-300 Hindu radicals had gathered.  The Christian was transported to the nearby school, stripped and beaten in turn by six people.  Then he was denounced for forced conversion of Hindus.  Hospitalized with a broken leg in a hospital in the Sonipat district, he said that doctors refused to give him medicine.

Sajan K George declares: “We condemn the violence.  In Uttar Pradesh, Christians are a tiny minority and seek the peace and love of Jesus Christ.  Yet they suffer attacks and harassment even in the private spaces of their homes.  In the case of Kapil Dev Ram, the neighbors say they were disturbed by the crowd of faithful gathered in prayer, but this is ridiculous, false and constructed.  Sectarian tensions are rising day by day.  Far-right forces create problems of public order, but Christians are arrested, despite the constitutional guarantees [establish the right] of prayer and worship ”.