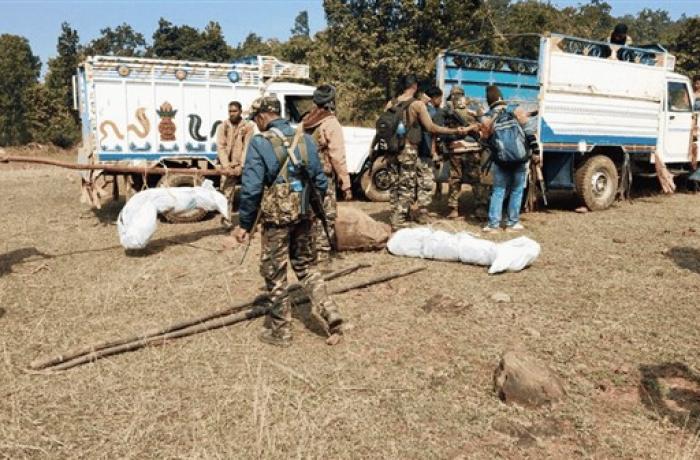 The victims contested the rebirth of a movement that defended the tribal land, even with violence. Some media reports that those killed are Christians; the local Church does not confirm. The “inexplicable” violence between two factions both fighting for survival.

Seven tribals have been kidnapped and beheaded by a group of supporters of the “Pathalgadi movement”, who in Jharkhand are fighting for land tenure. Their bodies were abandoned in the Saranda forest, West Singhbhum district, and found by the police on January 20.

Speaking to AsiaNews, Msgr. Felix Toppo, Archbishop of Ranchi, confirms the news of the murders, but not reports according to which the dead are Christian Murmu, as reported by some newspapers. “We are not sure, we are investigating”. “Whether they are Christian or not – he highlights – this is a serious and inexplicable fact. We are deeply saddened. “

Despite the mutilated bodies, the inhabitants recognized the victims. They are: James Buda, Songe Topna, Lomba Buda, Etva Buda, Jawra Buda, Nirmal Buda and Bonam Longa. The tribals were 24 to 35 years old. Mr. Buda was a representative of the local panchayat, i.e. the village council. The corpses are currently at the Sadar Hospital in Chaibasa for autopsy investigations.

The violence arose after a meeting called on January 19, in which some groups wanted to give new life to the “Pathalgadi land movement “. It was decimated by the arrest of thousands of supporters by the previous government led by the Hindu nationalist party BJP (Bharatiya Janata Party).

The seven men opposed the resurgence of the violent struggle, triggering the rival group’s revenge. That same evening they were kidnapped, taken to the forest, executed with axes and sticks and abandoned. The police found the corpses among the plants three kilometers from Burugulikera (about 175 km from Ranchi).

The “Pathalgadi” movement refers to the stone plaques erected at the entrance of the tribal villages. It dictates the rules of the community, excluding interference from the state. The group is against some laws that favor the expropriation of their lands by canceling the ban on acquiring them imposed on the state and private individuals.

Chief Minister Hemant Soren today ordered the start of the investigation. Police have surrounded the find area and are interrogating witnesses. Bishop Toppo believes that the gesture of the supporters of the Pathalgadi movement is incomprehensible. They are as tribal as those whom they killed. He recalls the first decision of the new head of government, that is, the proposal to cancel the trials against 10 thousand tribals belonging to the movement. The BJP had charged them for sedition. The hearing, reports the archbishop, “has been set for January 28. On that occasion, the political leader will plead his decision. “

The decision to cancel the charges, he stresses, “is important and courageous. Soren understands the reasons of the natives because he himself is tribal.” Msgr. Toppo launches “an appeal for peace and harmony among the entire population. We have written a letter to the authorities in which we urge people to remain calm and restore social peace. We are saddened by what happened. We pray for the victims and their families.” (A.C.F.)