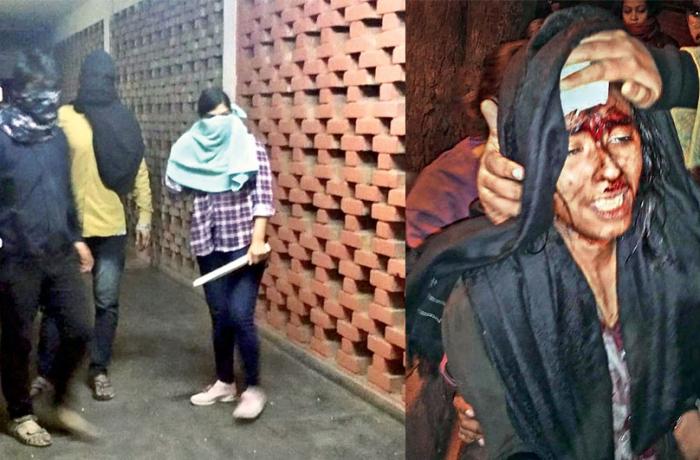 Over 30 injured students are hospitalized with cuts, lacerations and burns. The university is among the most prestigious in the world. Pupils are on strike against rising fees. For experts, the attack is a revenge for protests against the citizenship law started by universities.

A crowd of men and women covered in masks and armed with sticks, knives and hammers has attacked the campus of Jawaharlal Nehru University (Jnu) in Delhi, one of the most prestigious universities in the world.

The attack took place on the night of January 5 and resulted in over 30 injuries among students and teachers. For witnesses, the attackers are said to be militants of Akhil Bharatiya Vidyarthi Parishad (ABVP), the youth wing of the Bharatiya Janata Party (BJP), the Hindu nationalist party that rules the country.

The reason for the attack would be a retaliation against the protests taking place in the faculty where the pupils are on strike against the increase in university fees for student accommodation. However, experts highlight the attempt to silence intellectuals inside Indian universities, where the most resistant protests against the new citizenship law that excludes the Muslim population have been taking place for about a month.

Most of the wounded are hospitalized in the capital’s All-India Institute of Medical Science. A doctor reports that on arrival in the hospital, the patients had cuts, lacerations and burns. Meanwhile, the Delhi police have opened three investigations: the first on Aishe Ghosh, the student association president; the second against 19 injured students; the third against unknown. No proceedings have been filed against the attackers. In turn, the agents are accused of connivance against the attackers: many criticize the fact that the agents arrived after an hour from the first emergency calls.

The night attack on the JNU lasted at least three hours and aroused deep indignation in the country. Several well-known faces from the social and economic sciences of recent years have emerged from this university: among them, the Nobel Laureate for Economics 2019 Abjijit Banerjee, the former prime ministers of Nepal and Libya – respectively Baburam Bhattarai and Ali Zeidan – as well as writers , actors, analysts, biologists and politicians.