top
Home•News •Be careful what you wish and whom you hug: Shivshankar Menon warns on CAA 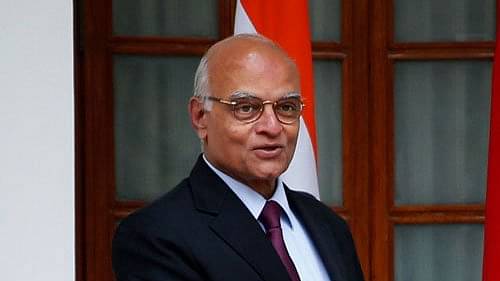 Be careful what you wish and whom you hug: Shivshankar Menon warns on CAA

Former Foreign Secretary and NSA Shivshankar Menon, speaking at an event hosted by Constitutional Conduct Group and Karwan-e-Mohabbat, said that nothing good could come from the CAA

The impact of the CAA, the NRC and other recent internal decisions on our external decisions, on our image abroad and our foreign policy (cannot but be adverse). Because what has happened as a result of the last year or so specially is that we are increasingly isolated.

There has been no meaningful international support for these series of actions that we have been discussing apart from a few committed members of the diaspora and a ragtag bunch of Euro MPs from the extreme right.

This isolation is really increasing if you look at what is happening abroad. The list of critical voices abroad is quite long, from President Macron to Chancellor Merkel to the UN High Commissioner for Refugees to visitors like the King of Norway and so on, who would normally be polite.

The UN High Commissioner for Human Rights, for instance, has condemned the CAA calling it fundamentally discriminatory in nature. But it is actually the cumulative effect of a series of actions. The same UN High Commissioner for Human Rights had also expressed extreme concern about the situation in Kashmir and urged that India rapidly restore the rights that are currently being denied.

We seem to know that we are isolated.

The MEA (Minister for External Affairs) ducked a meeting with the heads of two foreign affairs committees in the US Congress because an Indian-origin representative, the only Indian-origin woman actually in the House, was going to be present and who has tabled a resolution, which is critical of the CAA and of several recent actions of the government. Rather than attending the meeting and rebutting these charges, we chose to duck this.

And one result of our recent actions including saying ‘Abki Baar Trump Sarkar’ (‘A Trump government once again’) at ‘Howdy Modi’ is that we have actually broken the bipartisan consensus that used to exist in the US which existed for the last 25 years- NDA, UPA doesn’t matter–on improving India-US relations. All the significant Democratic presidential candidates have also spoken out on these issues.

There have been hearings held in the US Congress, language on Kashmir has been inserted into the annual Foreign Appropriations Act for 2020. And the resolution which Pramila Jaipal has introduced now has 29 co-sponsors, including Republicans and the only Indian-origin lawmaker who attended the ‘Howdy Modi’ conference.

So, the question arises- Why is this? Are we in violation of our international commitments?

You be the judge.

Article 2 (1) of the International Covenant on Economic, Social and Cultural Rights says, ‘Each state party to the present covenant undertakes to respect and to ensure to all individuals within its territory and subject to its jurisdiction the rights recognised in the present covenant without distinction of any kind such as race, colour, sex, language, religion, political or other opinions, national or social origin, property, birth or other status.

Notice, it’s for all persons under your jurisdiction. It’s not for citizens, this prevention of discrimination. There’s a very similar article in the International Covenant on Economic, Social and Cultural Rights.

Secondly, not only is it not confined to citizens and applies to all persons present on the territory, it also prohibits discrimination on grounds of national origin, which is exactly what the CAA does.

All the knowledgeable people that I have spoken to agree that we seem to be in violation of our international commitments.

And for those who think that the law is an ass, that in any case international law cannot be enforced, you must consider the political and other consequences of being perceived as being violators of international law and of not keeping our word.

Global public opinion on India has shifted in the last few months. Look at the media abroad. The criticism in the West comes from the extreme Right, from the Wall Street Journal all the way to the Guardian and other leftist sort of papers. It includes almost everybody in between- the New York Times, the Washington Post and so on.

Some in India, supporters of the Bill and the Act, have drawn comfort from the official media in authoritarian states. To them one can only say, ‘Be careful what you wish and whom you hug.’

Even our friends have been taken aback. The Bangladesh Home Minister is quoted in a Bangladeshi paper as saying, when asked what he was going to do about the NRC, CAA and threats of deportation to Bangladesh, ‘Let them fight among themselves’.Is this what you want?

If this is how our friends feel, think of how happy we make our adversaries.

What we have achieved in the recent past is to hyphenate our image with Pakistan’s in a fundamental way as religiously driven and intolerant states.

Kashmir has been discussed in the UN Security Council again after 40 years and we have lost, in a sense, India’s ability to be an example and a model for other countries in the subcontinent as we were during the freedom movement and in the early years of the Republic and immediately after radical reforms started working in India in the 90s and the first decade of this century. We have gifted our adversaries platforms from which to attack us.

At the very least this inhibits investment, because investment is an act of trust and a faith in the future. Our ratings have declined, seven countries have issued travel warnings- none of these helps us.

It’s one thing to go it alone in pursuit of national goals as we did in 1971 when assisting the birth of Bangladesh; but then we had global opinion on our side.

It’s quite another to do so in the pursuit of sectarian, divisive and party-political goals as we seem to be doing now. What the world thinks matters more to India now than ever before.

More than half our GDP is the external sector.

We depend on the world for energy, capital, technology, markets, essential raw materials, fertilizers. 80 per cent of our imports are maintenance imports.

So, disengagement or going it alone is not an option. But we seem determined with actions like this to cut ourselves off and isolate ourselves.

This can lead to no good end.