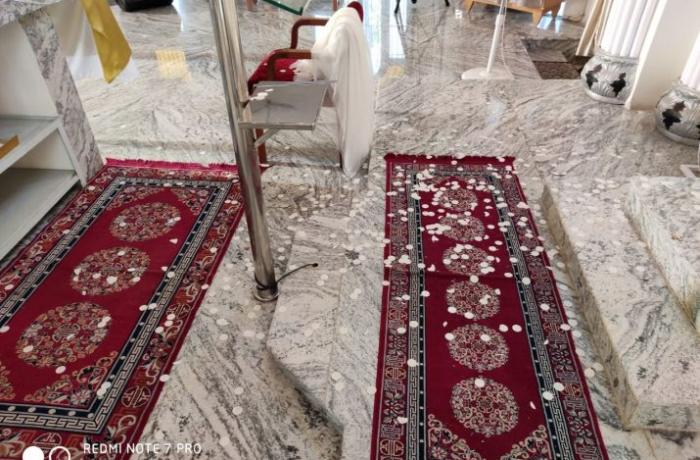 Overnight hooligans vandalised the altar and destroyed the tabernacle. Hosts were scattered on the ground, dishonouring “Our Blessed Lord and Saviour”. Archbishop Machado proclaimed a day of reparation and prayer for Friday.

Reacting to the outrage, Archbishop Peter Machado of Bangalore said: “I am not only terribly shocked but also greatly grieved that desecration was done to the Eucharistic Lord in that church.”

The prelate said that the parish priest, Fr Satish, of the Order of Capuchin Friars, informed him of the wreckage.

Perhaps in an attempted theft, hooligans ransacked the altar, destroyed the tabernacle, and scattered the hosts all over the place.

At present, little is known about the reasons behind the desecration. A complaint has been filed with the local police and an investigation is underway.

According to early witness accounts, nothing was stolen, suggesting that vandalism was the goal; however, police have not ruled out anything.

“We all know,” said Mgr Machado, “that this sacrilege and serious dishonour done to Our Blessed Lord and Saviour is a matter of great concern, not only to the parishioners of St Francis Assisi Parish but also to the religious feelings of everyone in the Archdiocese.

“In such cases, it is normal for the whole diocese to do penance and reparation in churches and religious houses for this sacrilegious and ignominious deed.”

Therefore, “I request you to observe Friday, 24 January, a Day of Reparation in the Archdiocese to praise, worship and glorify the Eucharistic Lord in a very special way. Let us also pray for those who have aggrieved Him by doing such a sacrilegious act.”

Lastly, “I call on parish priests and chaplains to expose the Blessed Sacrament for adoration on this day, and keep it for at least 12 hours from morning till evening for public veneration in all the churches and the religious houses of the Archdiocese.”