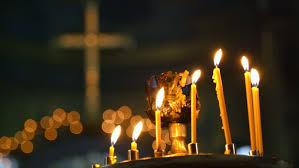 By Joe Wallen
Sonapat, Feb 17, 2020: The odd barking dog was the only thing that cut through the silence as Jai Singh stirred in his bed in his unadorned two-room house in the sleepy, sun-bathed village of Bitchpuri.

After a simple breakfast with his wife the pastor led the morning prayers at his home for several of the village’s 120-strong Christian population.

But the peace was suddenly shattered as the air filled with the sound of anti-Christian slogans outside.

Flinging open the door, he was faced with an irate mob of around 200 people. Before he could reason with them, the crowd beat him and his 15-year-old son and dragged him to the village square.

“They hit me with their fists and then took me into the temple and beat me with sticks, before stretching my legs back as far as they would go,” he told The Sunday Telegraph. He suffered two broken feet, as well as permanent nerve damage in his legs.

Since Narendra Modi’s government came to power in 2014 religious minorities have felt the force of the prime minister’s Hindu nationalist agenda.

While recent unrest in the country has focused on the marginalisation of Muslims, there has also been an uptick in attacks on Chrsitians in a worrying trend of religious intolerance.

New data shared with The Sunday Telegraph shows a record number of violent attacks against Christians across the country.

In villages like Bitchpuri which previously saw followers of different religions living harmoniously, Hindus, Muslims and Christians now see each other as adversaries.

“Groups like the RSS tell villagers here that we are not good people and to avoid contact with us at all costs,” said Naresh Kumar, a member of Pastor Singh’s congregation.

“So, people believe if they don’t speak to us then they won’t suffer misfortune.”

Christians in Bitchpuri report that Hindu villagers have begun to exclude them from using their shops to buy food over the last few years.

This dissociation from village life is increasingly common across India.

Christians describe being told to leave their communities or pay an illegal tax to stay, being refused access to village wells and having their crops repeatedly destroyed.

The intimidation even continues in death as Christians report being unable to bury their relatives without promising to first convert to Hinduism.

“We get regular visits from local Hindu leaders who tell us to convert. We have faced so many troubles but we hope the Christian community will rise again,” said Phool Kuwar Kuwla, a pastor from the nearby village of Kohla.

Many claim this anti-Christian ideology has widely infiltrated the Indian police force too.

When a RSS-led mob previously descended on the church in Bitchpuri on Christmas Day, the police stopped a violent attack taking place but refused to prosecute any of the assailants.

“The police also believe we are doing something wrong, so they do not protect us,” explains Pastor Singh.

“They just took the attackers into custody and then released them straight away.”

The impunity meant the RSS-led mob felt free to return on January 5 when the pastor’s feet were broken.

The police broke up the beating after an hour but then arrested Pastor Singh, accusing him of breaking the law by distributing church funding to Christians in Bitchpuri.

He was held in jail, without access to his epilepsy medication for three days, before local Christians raised his ₹8,000 (£85) bail.

Pastor Singh said he was surprised to be released as the mob had threatened the police and law courts not to accept bail for Christian leaders. He was unsurprised to hear that no arrests were made.

“The local political leaders are telling the police to turn a blind-eye to attacks on Christians and not prosecute the perpetrators,” he explains.

“They don’t give you any trouble if you are a Hindu.”

Fresh data shows that in 2019, a record 328 violent attacks against Christians in India were reported. The Alliance Defending Freedom (ADF), a Christian NGO says more than 300 Christians were detained without trial for their faith and countless businesses, homes and schools were looted, burnt down and vandalised. Churches have also been torched.

Out of the 328 violent attacks, only 36 resulted in police filing a case but not one incident has yet resulted in prosecution.

It can take up to four years for a case involving the persecution of a Christian to make it to court, leaving the individual vulnerable to further attacks.

Instead, the police will commonly arrest the victim and charge them with trying to convert Hindus – a charge which can be punishable by seven years imprisonment.

Social media has played a pivotal role in the growing levels of intolerance, with hundreds of Facebook groups ‘naming and shaming’ local Christian preachers.

The Sunday Telegraph was accepted into one group, ‘NoConversion’, which has over 300,000 followers. Videos of Indian Christians are accompanied by comments openly arranging for them to be attacked, some with acid.

One post identifying a white missionary in Delhi was followed by the comment: “People needs pelt stone at this people wherever they see them! Otherwise it will be difficult to eradicate this.”

It is no surprise, therefore, India was ranked in tenth place in Open Doors International’s 2020 Watch List for Christian persecution.

It concluded it was safer to be a Christian in the war-zones of Syria, Iraq and the Central African Republic.

The BJP has not publicly spoken on the rising number of attacks on Christians. In the lead up to last year’s election, a BJP MP from Karnataka said that seats in parliament should not go to Christians because they “are not honest and loyal citizens of India”. The Sunday Telegraph approached the BJP and RSS for comment.

There are 28 million Christians in India – constituting 2.3 per cent of the population – and the history of the religion can be traced back to 52 AD. Yet, activists say the survival of Christianity in India has never been under such a threat.

“The increase in violence can mostly be explained by the cycle of incitement and impunity often perpetrated by members of the BJP and other Hindu nationalist organizations operating in India,” explains William Stark, the Head of South Asia at the International Christian Concern NGO.

“Essentially, to be Indian is to be Hindu. Those who are not Hindu are thus viewed as foreigners and with suspicion.”

Pastor Jai Singh’s attackers have now filed a criminal case against him for attempted conversion but he remains resolute.

“We are living in constant fear and after hearing about the attack, many local believers renounced their faith,” he said.

“But for me it just made my faith stronger and I pray to God to forgive the people who attacked me.”