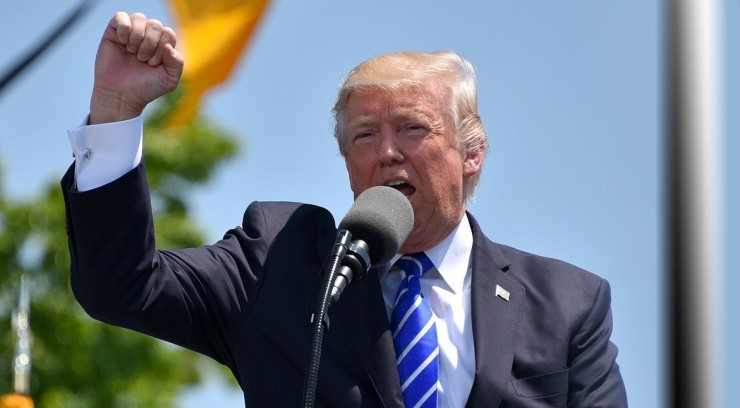 President Trump concluded his two-day state visit to India on Tuesday and said the prime minister of India “wants people to have religious freedom very strongly.”

In a media conference in New Delhi, Trump said “I will say the prime minister was incredible on what he said… He wants people to have religious freedom very strongly. And he said in India they have worked very hard, they have great and open religious freedom.”

His statement came after at least 20 people, including a policeman, were killed in a violent protest in New Delhi over the controversial citizenship law.

“If you look back and compare with other places, India has always worked hard for religious freedom,” Trump said. “We talked about it [religious freedom] for a long time. As far as individual attacks are concerned, I have heard about it but I did not discuss it. That’s up to India.”

When specifically questioned about the protest and violence that took place in New Delhi during his state visit, Trump said, “It is really up to India,” referring to it as India’s internal matter.

In context of the citizenship law, he said, “It is for India to do, and hopefully they will do the right thing.”

While Muslims are protesting against the discriminatory law, many Christian leaders have also been raising concerns over the citizenship law saying it violates the secular principles of the Indian constitution that guarantees equality before the law for all citizens.

For CBN News International Correspondent George Thomas, “Under the leadership of Narendra Modi, we have seen widespread attacks against Christians led by Hindu radicals. And it’s been devastating. From big cities to small remote villages and towns, Hindu radicals have gone on the rampage attacking churches, attacking Christians.”

“All these village pastors, all they want to do is tell people about Jesus Christ and these mobs of Hindus would come and attack them. That’s why Open Doors has declared India the tenth worst place in the world to be a person of faith, specifically to be a Christian,” Thomas noted.