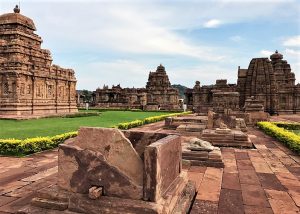 Hindu extremists in southern India who beat Christian children during worship on Jan. 19 and then filed a police complaint against the congregation left them with a warning.

“If we hear that you stepped out of your homes and told anybody about this, we will set your homes on fire and will burn you alive,’” some of the 20 assailants told Christians gathered for worship on the terrace of a home in Malasamudra village, Karnataka state, according to those present.

The Christians had begun worship at 7 a.m. when the radical Hindus came up the stairs to the terrace, unnoticed. Soon the small congregation saw the intruders taking photos and videotaping them, said Mary Bellary, who along with her husband Hanumanthappa Bellary was hosting the worship.

“They flashed camera lights at children, and we requested them to please go and not disturb the prayers,” Mary Bellary said. “But they continued taking pictures, videotaping us and passed comments, saying, ‘Look! Christians gathered here on the terrace to carry out conversions.”’

When Bellary and other women tried to stop them from taking video of the 12 children present, the intruders pushed them away, she said. The Christians asked them to leave, and the intruders put their hands on the women’s chests and pulled their sarees, tearing them, she said.

“They punched my 15-year-old son in his stomach, and other kids also got hurt,” she told Morning Star News. “They were kicked to the floor and were beaten up on their backs. My uncle and husband tried hard to protect the women and children, but those men were very aggressive and physically stronger than us.”

The neighbors only watched, the 32-year-old mother of three said.

“The children just kept looking at us crying for help,” Bellary said.

The attack and threat so terrified them, she said, that they did not leave their homes in Gadag District for the rest of the day. At about 7 p.m., officers from Gadag Town Police Station showed up with word that a complaint had been filed against them, she said.

“The police officer told us that we had attacked some people during Christian prayers that morning, and that they were injured and hospitalized,” Bellary said. “After attacking us on Jan. 19 morning, the Hindu extremists got themselves admitted in a hospital and filed a false complaint against us.”

When police summoned the Christians to the police station the next morning, they did not know what to do, she said.

“Our people were injured, yet we didn’t step out of our homes fearing for our lives, and there at the police station our attackers were influencing the police to frame us in cases,” Bellary told Morning Star News.

Michael Rosario, an allied lawyer with legal advocacy group Alliance Defending Freedom-India, along with Christian volunteer Johnson David, set out to Gadag to accompany the victims to the police station.

“We ensured that the injured received treatment at the nearest government hospital,” Rosario told Morning Star News. “Basavanappa Malingpur [Bellary’s uncle] had injuries on his head and leg and had to remain hospitalized for three days. The rest, the injured children and women, received first aid.”

By the time Rosario and David reached the police station on Jan. 20, the Hindu extremists and their supporters were already there. The inspector informed the Christians’ counsel that since police had already received a complaint from the village president – who had led the attack – and his cohorts the previous day, he had no option but to book cases against the Christians, David said.

Rosario said their discussion with police continued for some time.

“The inspector was trying to find fault with Christians for using their home as a worship place,” Rosario said. “I have reminded the officers of the various judgments delivered by the High Courts that there should be no objection against using a dwelling place as private worship place.”

The inspector acknowledged this point, but under immense pressure from the Hindu extremist mob he said he must arrest the Christians who could then be released on bail, Rosario said. Counsel countered that the Christians were laborers receiving only daily wages and could not afford bail bonds, he said.

“The Hindu extremists didn’t give up,” Rosario said. “They insisted that police file cases against a female member of the congregation who came to Christ from Islam.”

The mob pressured officers to arrest the convert from Islam under the Prevention of Atrocities Act, he said.

“This discussion with police officers and the Hindu extremist leaders went on till 11 p.m.,” the volunteer, David, told Morning Star News. “Finally, the leaders had themselves agreed that the Hindu extremist mob had attacked the Christians, and the police effected a compromise that cases will not be booked against either of the parties.”

The Bellary family has faced opposition before. In 2017 the Malasamudra Village Council announced that they had been ostracized from the community and village as long as they followed Jesus and would not be treated as one of the Dalit sub-caste, Bellary told Morning Star News.

About 70 kilometers (43 miles) away in Dharwad, similar attacks have taken place, David added. Illiterate Christian day-laborers don’t dare raise their voices against the assailants, he said.

“The BJP [Bharatiya Janata Party] formed the government in the state last year, and since then the safety of Christians in the rural parts of the state seems endangered,” David said.

Rosario recounted an incident in January 2015, when he and two pastor friends visited his in-laws in Chikmagalur. His wife, a convert from the Gowda community, and her uncle had invited the pastors to the uncle’s home in Chikmagalur to pray for his health, Rosario said.

“We were ambushed by upper-caste Hindu leaders from the Gowda and Reddy communities,” he said. “They had beaten us up in their vehicles and handed us to the police, falsely alleging that we had abused the Hindu gods and goddesses and had hurt their religious sentiments.”

They were booked under Section 295-A of the Indian Penal Code and held in custody for three days before they were released on bail, he said. The charges are still pending.

“That day I visited my in-laws’ hometown after around 10 years of marriage, and I could personally witness the hatred in their hearts against Christians,” Rosario said.

Karnataka recorded 27 incidents of hostilities against Christians in 2019, according to ADF- India’s annual report. Christians were targeted in a total of 328 cases throughout India in 2019.

“The increase in frequency and viciousness of the attacks against religious minorities in 2019, particularly Christians and Muslims, is a matter of grave concern,” Tehmina Arora, director of ADF-India, told Morning Star News. “No one should be targeted for their faith. Religious extremism is threatening India’s centuries-old culture of pluralism and religious tolerance. State authorities need to ensure that all persons are able to freely practice their faith without fear of mob violence or discrimination, in line with the various guidelines issued by the Supreme Court of India.”