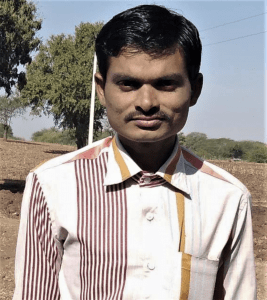 False charges against eight Christians acquitted on Feb. 19 of kidnapping and forcible conversion in central India have traumatized families and cost them jobs, sources said.

Schoolteacher Amiya Jal, one of the Christians arrested on May 22, 2017 for allegedly abducting and forcefully converting 59 children, was suspended from his job at a reputable school while he spent 103 days in jail unable to obtain bail, he said.

“Even after I was bailed out, my school did not take me back, and so I was jobless for more than two years,” Jal told Morning Star News. “In July 2019 I have joined a school but not at my terms, as I was still under trial when they appointed me.”

Before Jal and other Christian leaders and Sunday school teachers were arrested as they accompanied the children to a Christian summer camp in Maharashtra state, he had purchased a house. He had to make payments on it without any income, he said.

“I borrowed money and paid them, and today I am in much debt,” Jal said. “We have exhausted all our savings, but I am thankful that the case is over and that I have been declared not guilty. I praise God for His faithfulness and am sure that, like in the book of Job, God will restore to me what my family and I have lost.”

Arrested at the Ratlam railway station in Madhya Pradesh state while accompanying the Christian children to the summer camp near Nagpur, Maharashtra, the eight Christians were acquitted by a sessions court in Ratlam.

“We have struggled really hard these past years,” Jal said. “After many rejections, I was able to procure bail from the High Court. My family went through much trauma just to get me out on bail. During this time, to cover for my legal expenses, my wife had to sell her gold jewelry.”

Amit Manwatkar, zonal coordinator of the Evangelical Fellowship of India (EFI), visited the accused Christians’ families to provide food and other items.

“The plight of the families is indescribable,” Manwatkar told Morning Star News. “Because of the ‘kidnapping’ and ‘abduction’ charges, their children were treated scornfully in school by their peers; their wives were treated with disgrace by the fellow villagers.”

Akash Gundiya, 15 at the time of his arrest, still faces charges in juvenile court.

“I went through a lot of trauma in jail,” said Gundiya, who was released on bail after 29 days. “I just could not concentrate on my studies after I was out on bail and lost one full academic year.”

Now 17, Gundiya must appear in the Child Court in Ratlam at least twice a month.

“Charges have not yet been framed in Akash’s case,” his deeply concerned father, Hatesingh Gundiya, told Morning Star News.

“My future is at stake because of this case,” he said. “I have to make my career decision soon.”

Another acquitted Christian, laborer Lalu Bhabor, said it will take him years before his family regains economic stability.

“I could not take up a stable job, as my court date would require me to leave my work and be gone for at least three days every fortnight,” Bhabor told Morning Star News. “I borrowed money to feed my family, and now I am in a huge debt of about 300,000 rupees [US$4,185].”

Bhabor, whose sons are 6 and 8 years old, said he is thrilled with the acquittal.

Another acquitted Christian, Savita Bhuriya, said she had to leave her academic studies because of her arrest, unable concentrate on her two-year Bible training course.

Bhuriya lost her mother the year before she was arrested, she said.

“My father and siblings had not come to terms with my mother’s sudden demise, and the news of my arrest shattered them completely,” Bhuriya told Morning Star News. “Our lives were not the same ever since.”

The 59 Christian children, including 28 girls, had begun their journey to Nagpur from Meghnagar railway station and were accompanied by three Christian leaders and five Sunday school teachers.

Between Meghnagar and Ratlam station, some Hindu extremists spotted them and called police, alleging child-smuggling and forcible conversion. Police detained the 59 Christian children and the caretakers, questioning them at the area police station.

Though the Christian children’s parents testified of their willingness and approval to send them to the camp, police kept the minors in detention for two days before allowing them to go home. The children were separated by gender and were kept in different locations, including the waiting room of the Ratlam station and various shelter homes.

The Sunday school teachers and three Christian leaders were arrested and kept in lock-up. They were charged under the Indian Penal Code with kidnapping and criminal acts committed by several people, and under the Madhya Pradesh “Freedom of Religion Act” for forcible conversion.

Besides Lal, Bhabor and Bhuriya, acquitted were Nitin Mandod, who was 21 at the time of arrest in 2017; Vijay Maida, then 17; Pangu Singh Vasuniya, then 31; Alkesh Ganawa, then 27; and Sunday school teacher Sharmila Damor, then 21.

By midnight of the day of the arrest, police had also detained 12 children from the Sarwate bus stand at Indore, along with two Christian leaders who were also accompanying these children to the same summer camp near Nagpur.

Ganawa was arrested in Indore along with Harun Dawar, then 21. Named in both the Ratlam and Indore investigations, Ganawa thus is facing trial in the Indore case along with Dawar.

The then-15-year-old Akash Gundiya was also arrested and sent to the Juvenile Detention Center. He is being tried separately at the Child Court in Ratlam.

Jal said that in spite of the troubles, the acquittals were a great victory.

“I want to thank everyone who prayed for us and helped us and now we have been proven innocent,” he said. “We are specially indebted to senior attorney Vijay Stephen, who fought our case without charging us anything. I am grateful to him.”

Stephen, at 82 a well-known Christian, expressed his joy and gratitude.

“Firstly, I thank God because my children are now free. Justice is done,” Stephen told Morning Star News, acknowledging the Hindu nationalist political pressure applied in the case. “We knew that a lot of political pressure was there. But a lie is a lie, how far can it go?”

It was 7 p.m. when the judge finally issued the order on Feb. 19, said Stephen, who sat outside the courtroom praying throughout the day.

With a 53-year career in law including 10 years as a public prosecutor, Stephen told Morning Star News that he took the case pro bono out of service to the persecuted church.

“Amiya Jal is an old friend, and he came to me and requested me to take up the case; they said they had no money to offer, and I did not want any money either,” Stephen said. “I do many of my cases pro bono for the needy and the poor. Attorney Sunil Sontake assisted me in the case.”

The long-awaited verdict by Additional District and Sessions Judge Vivek Kumar Shrivastava stated that none of the witnesses supported the prosecution story.

“The prosecution was not able to prove their case, even though they had about 19 witnesses who clearly stated that they belong to Christian families and were going for the camp with their parents’ consent,” Stephen said.

“He said the court did not consider the police statements, and that a decision on whether to challenge the judgment would only be taken after getting a certified copy,” the newspaper reported.