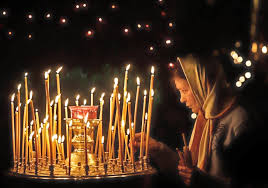 The transfere notification came just hours after Justice S Muralidhar grilled the federal government, the state government and the Delhi Police over the ongoing communal violence in parts of northeast Delhi over the Citizenship (Amendment) Act.

“In exercise of the power conferred by clause (1) of Article 222 of the Constitution of India, the President, after consultation with the Chief Justice of India, is pleased to transfer Shri Justice S Muralidhar, Judge of the Delhi High Court, as a Judge of the Punjab and Haryana High Court and to direct him to assume charge of his office in the Punjab and Haryana High Court,” the government notification read.

The Supreme Court collegium has recommended the transfer of three high court judges, including the third in seniority in the Delhi High Court, Justice S Muralidhar on February 12.

Earlier, the proposed transfer of Justice Muralidhar to the Punjab and Haryana High Court drew strong reactions from the Delhi High Court Bar Association, which expressed shock and decided to abstain from work the next day.

“Such transfers are not only detrimental to our noble institution, but also tend to erode and dislodge the faith of the common litigant in the justice dispensation system,” a resolution adopted by the Bar body read.

Justice Muralidhar is set to retire in 2023 and is known for his bold decisions. He is also among the few judges who have done away with the convention of being addressed as ‘My Lord’ or ‘Your Lordship.’

According to sources, his transfer was discussed within the collegium twice earlier but not ordered as several top court judges spoke against it.