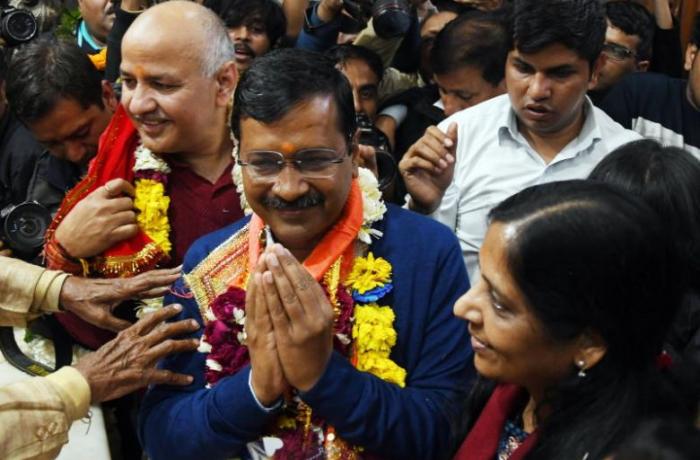 The anti-corruption party won 62 seats out of 70. Hindu nationalists get the other eight; the increasingly irrelevant Congress, nothing. Voters rewarded the winner for its social policies, which have increased access to schools and healthcare. Christian calls on the chief minister to include Christians in his administration.

The anti-corruption Aam Aadmi[†] Party (AAP) took 62 seats out of 70, giving its leader a third mandate as Delhi Chief Minister.

The other eight seats went to the Hindu nationalist Bharatiya Janata Party (BJP). The Congress party, which hoped for a better result, was completely shut out.

For Michael Williams, president of the United Christian Forum, “APA’s victory by an overwhelming majority clearly shows that the politics of polarisation and hatred have no room in the nation’s capital. Instead, “People need jobs, the economy needs revival, women need safety and minorities need reassurance.”

In all these areas, Williams explained, the central government “is failing miserably. I hope that the rulers of India are able to align their ideology with the needs and concerns of citizens.”

The Delhi vote was held in a climate of heated protests caused by changes to the country’s citizenship legislation that penalise Muslim migrants.

The AAP’s campaign was centred instead on: fighting corruption, social policies for the poorest, no cost water and electricity, schools and health care accessible to all, no cost public transport for women and students.

For analysts, Kejriwal’s victory is the result of good policies based on subsidies, free access to basic necessities and a focus on education.

Many view him as Prime Minister Modi’s only credible rival, the face of upright politics, not one prone to hyperbole.

Many commentators today praised him for avoiding the politics of personal attacks, which is what the BJP did in a capital already troubled by two months of unrest that left 25 people dead across the country.

According to Ashutosh, a Delhi-based writer, “the politics of hate has been temporarily defeated in Delhi, and this sends a positive message across the country.”

Kejriwal, 51, is a social activist and a former Indian Revenue Service official. In 2012 he launched an anti-corruption movement and the following year he became the leader of the Delhi government.

He resigned after only 49 days in protest against the failure to adopt a law against corruption. Later, after apologising for his rash move, he won the election of February 2015 taking 67 seats.

AC Michael, a former member of the Delhi Minorities Commission, is happy about “Arvind and his impressive success,” which occurred in an “unhealthy atmosphere created by the ruling party.”

The “people of Delhi have recognised his work of the last five years and have given him another five years to further improve and turn Delhi into a world-class city.”

Still, Michael acknowledges that “in his last government, Christians did not get any representation either in his cabinet or in any of select or advisory committees. I Hope this time he will consider them.”

One way to reach out to Christians would be “the establishment of the Exhibition Centre on the life of Jesus Christ, which the Sheila Dikshit government had recommended to the Lt Governor in 2012”.

Plans to that effect had received “the approval of the select group of Bishops of Delhi led by then Archbishop, the Most Rev Vincent M Concessao.” Hopefully, this time something will be done. (A.C.F.)