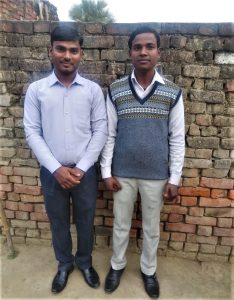 Police find no evidence for accusations but yield to Hindu extremist pressure.

Three Christians in northern India spent more than two months in jail suffering abuse from other prisoners, even though police found no evidence of wrongdoing and the complainant retracted his accusation, sources said.

Pastor Kumar said the time they spent in jail was a “nightmare.”

“Every night was a traumatic night for us,” Pastor Kumar told Morning Star News. “We did not know when a mob would wake us in the middle of the night and torment us.”

Accused of forceful conversion by Hindu extremists who disrupted their Nov. 26 worship at Ram’s home in Daraura village, the two pastors were released on bail on Jan. 27 after two months and a day in jail. Ram was released on Jan. 29 after spending two months and three days in jail.

In spite of the ordeal, the pastors managed to explain the gospel of eternal salvation to many prisoners in their barracks, with one putting his faith in Christ.

Pastor Kumar said they faced the same kind of Hindu nationalist opposition in jail as they did outside it.

“Prisoners inside the jail showed their religious bias,” Pastor Kumar told Morning Star News. “We did not lie when our co-prisoners asked us the reason for us being in jail, and when we told them that it’s a case of [forcible] conversion, they despised us and spread the word around.”

A group of prisoners came on many nights to wake him and Ram, who were in one barrack while Prakash was in another, he said.

“They used vulgar language and asked us how much foreign money we have earned by carrying out conversions,” Pastor Kumar said. “They demanded money from us, asking us to share the supposed loot with them. And when we explained that there was no money involved, they beat me with fists and legs. They spared Kapil from beatings as he is a senior citizen and said that I have to take his share of beating as well.”

They faced continuous threats, including warnings that they would not be spared after their release, he said.

“‘We will deal with you outside the prison for carrying out conversions,’ said many of them, but we always spoke to them politely,” Pastor Kumar said. “There are things that happened to us that I cannot even share about.”

One day an influential prisoner summoned him and asked him to pray for a man who had been unable to sleep at night since his arrest months before, Pastor Kumar said.

“He will go crazy and die in the prison, I was told,” he said.

Pastor Kumar went to the man, prayed for him and began to spend time with him, he said.

“One day he broke and began to confess his sins in prayer; he started to get sleep at nights,” Pastor Kumar said. “The troublesome prisoners began to trouble this man too, questioning him as to why he has started to pray along with the Christians, to which he answered, ‘When I was upset, nobody helped me. It was Ajay who told me about Christ and comforted me.’”

The day that Pastor Kumar and Ram were about to leave jail, the man told them that he believed in Christ and wanted to follow Him, the pastor said.

In the other barrack, Pastor Prakash was suffering from chickenpox and was quarantined for nearly two weeks. He received no medicine for his illness.

“There was no neatness inside the jail. I could not sleep for the first full month. The food was extremely bad. Only because one must survive, one had to eat,” Pastor Prakash told Morning Star News.

The 70 to 75 prisoners in his area came to know that he was a pastor, and he told each of them the gospel of eternal life, he said.

“I spent time in prayer for two hours in the morning, and two hours in the evening,” he said. “People started to come to me with their prayer requests. I shared the Good News with all the prisoners in my barrack.”

Of the nine prisoners released from his area while he was incarcerated, five said they wished to connect with him and attend his church after release, Pastor Prakash said.

“Though I went through a lot of troubles and hardships, I was happy I was inside, doing the Lord’s work,” Pastor Prakash said.

Pastors Kumar and Prakash, who help lead Sharon Fellowship Church in Mohammadabad, Gohana about five miles from Daraura village, were visiting Ram’s home for the time of fellowship when the Hindu extremists intruded.

After the arrests on Nov. 26, three other pastors arrived at the Ranipur police station to speak to the Station Officer (SO).

One of the other pastors, Raj Kumar, told Morning Star News that the station officer said he questioned villagers who had attended the fellowship and found no evidence of forceful conversion.

“He said the people testified of the miracles that happened in their lives after attending prayer in Kapil’s house,” Pastor Raj Kumar said. “He met a lady who said that she could not conceive for 15 years and that after getting prayed for, she is six months pregnant now. The SO said that he found no ‘forceful conversions’ taking place in the village, and that these people have done nothing.”

The officer told him and the others that he would keep the Christians in custody for one night and release them after their appearance before a judge the next day, he said.

“We returned home only to learn later that a group of people from the Hindu organizations reached the police station after we left and pressured them to charge the Christians severely,” Pastor Raj Kumar said.

Police registered a First Information Report (FIR No. 236) based on a written complaint from Prakash Paasi, chief of Daraura village. The High Court in Allahabad would grant the Christians bail in January based on Paasi’s deposition in favor of the accused Christians, Pastor Raj Kumar said.

“Prakash Paasi submitted a sworn affidavit in the court that stated that he was not in a proper frame of mind due to some domestic disturbance in his family, when some people came to his house and obtained his signatures on some documents that he had no idea about,” Pastor Raj Kumar said. “He also said that he later went and enquired of the people attending the prayer meeting and learned that there was no conversion taking place, but that it was a normal prayer meeting taking place in Kapil’s house.”

They were charged under Indian Penal Code sections for promoting enmity between different groups on grounds of religion, outraging religious feelings and inducing a person to believe that he will be rendered an object of the Divine displeasure, besides the charge under the religious institutions act. Under the Religious Institu­tions (Prevention of Misuse) Act, they were charged under Section 3, which prohibits a religious institution from promoting disharmony, feelings of enmity, hatred, or ill-will between different religious communities.

Offenses under the religious institutions act are cognizable, meaning police can make an arrest without a warrant, and non-bailable as per Section 7 of the Act. It is punishable by up to five years in prison and a fine of up to 10,000 rupees (US$140).

“This case is not only the longest custody case in the year 2019, where the Christians have remained in jail for more than two months, but also a case where they have been strategically booked for ‘misuse of religious institutions for political and other purposes,’” Christian rights activist Dinanath Jaiswar told Morning Star News. “A lot of homework has been done before putting this section on the Christians.”

Christian leaders in Uttar Pradesh reacted strongly to the use of the Religious Institu­tions (Prevention of Misuse) Act.

“We had no clue as to what the Religious Institu­tions (Prevention of Misuse) Act meant,” Pastor Prakash told Morning Star News. “The police officials did not bother to explain or tell us what they have booked us under.”

A lower court initially rejected their application for bail. Morning Star News efforts to reach their attorney were unsuccessful.

According to the terms of the bail granted by the higher court, the three Christians must present themselves in court nearly every two weeks or whenever the court demands, Pastor Raj Kumar said.

“The three presented themselves before the Court on Feb. 6 and then on Feb. 20,” he said. “It is a very tedious procedure, and we do not know how many years it will take for them to prove their innocence.”

Since his arrest, Ram’s licence to run a government ration store in his village has been cancelled, Jaiswar said.

“It is heart-breaking that the only source of income of Kapil’s family has been snatched away from him,” Jaiswar told Morning Star News. “It was his livelihood.”

As part of their regular visits to church members’ homes, pastors Kumar and Prakash had gone to Ram’s house on Nov. 26, where about 10 to 12 people were gathered for worship, when it was disrupted by members of the Hindu extremist Vishwa Hindu Parishad and the Hindu Yuva Vahini (HYV).

The HYV is a Hindu youth militia founded in 2002 by Yogi Adityanath, now the chief minister of Uttar Pradesh.

At about 11:45 a.m., seven or eight Hindu extremists charged into the house and began to video record them on their mobile phones, Pastor Kumar said. The intruders harshly questioned the women, asking what they had received for becoming Christians, he said: “Are you given money for medical treatment? Are you promised free rations? What do they give you to make you follow their faith?”

“When they began to shout at us, Kapil asked them to leave his house, objecting to the hostility they created inside his house,” Pastor Kumar said.

When pastors Kumar and Prakash left Ram’s house, they found a large crowd waiting outside. Ram’s family spoke with the Hindu extremists for more than 20 minutes, and twice when the pastors tried to leave, the extremists snatched their motorbike keys from them.

“They blamed us for carrying out forced conversion and threatened to kill us and smash our faces,” Pastor Prakash said.

The extremists continued to record videos as they tried to make the pastors confess to forcible conversion.

“They argued with the members of Kapil’s family, trying to lead them into acknowledging that they have received some kind of monetary help or any other benefit to convert to Christianity,” Pastor Prakash told Morning Star News.

The Hindu extremists called police, who arrived and detained the two pastors and the homeowner. Pastor Kumar said he was shocked that police allowed the extremists to shoot video of officers interrogating the Christians.

“When we were still sitting in the police station, some police personnel were sent to the village to investigate about the case, who returned to report that there was no conversion taking place,” Pastor Prakash said. “A police officer made his report and booked us under a single section of the law. He was about to set us free to go home around 9 in the night when a crowd that belonged to various Hindu organizations entered the police station. They began to pressure the officer, demanding that strict action should be taken against us.”

After spending the night in custody and appearing before the judge, the next afternoon Pastor Prakash asked the station officer when he would let them go.

“He responded that he is going to put us in jail,” Pastor Prakash said. “He said, ‘We are tired of what is going on in the state – the whole state is upside-down because of this conversion matter.’”