top
Home•News •STATEMENT: FIACONA is Concerned About the Distribution of Much Needed Supplies to Vulnerable Sections of the Population During the Lockdown. 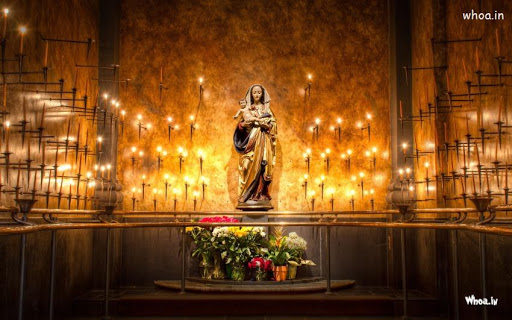 STATEMENT: FIACONA is Concerned About the Distribution of Much Needed Supplies to Vulnerable Sections of the Population During the Lockdown.

The Federation of Indian American Christian Organizations (FIACONA) is pleased to learn that 2.9 million dollars is allocated for India to fight the Coronavirus issue in the stimulus package.

However, due to the complete lockdown of the country, all private traders and grocers in India had to shut down their shops and outlets leaving the public at large with no options to buy even vegetables from anywhere, for their day to day survival. The Indian government wants to take the sole responsibility of distributing all vegetables and groceries for each family in the whole country for the remaining 2 weeks of the 21-day lockdown or until the lockdown is lifted.

Mr. Koshy George, the President of FIACONA in a letter to President Trump said, “It is an effort that was never tried at this scale before. The entire population of 1.3 billion people will need such deliveries when they run out of basic groceries soon if they have not already run out”.

He further said, “We doubt the government has the manpower to achieve this task on its own. We see that the failure of the government to plan properly ahead of this kneejerk reaction to SARS-CoV-2 has made a mockery of their effort. People are already defying government orders to collect whatever is needed to keep their families fed during this lockdown”.

Mr. Prabhudoss, the Chairman of FIACONA said, “We know that the government does not have the capability to deliver supplies to each family during the lockdown, even though it has one of the best public distribution systems in the world where people could go to a location in every town to collect their basic needs such as grains, flour and oil”.

It is clear now that none of our Christian relief agencies who have extensive experience and network on such matters have been approached by the government so far.   As the lockdown continues, they are told to stay put where they are.  Local efforts to distribute much-needed supplies and medicine by these groups to the most vulnerable is also hampered by indiscriminate lockdown enforced by the police.
Mr. Koshy pointed out that, “As the government lacks sufficient manpower to make home deliveries of basic supplies to each family in the country, we hear that they are planning to tap the RSS’s private paramilitary forces to help with this task”.

While such help is much needed, we are also aware that the RSS paramilitary forces have a record of refusing to deliver relief and aid material to non-Hindus or anyone that does not agree with their polity. They had openly denied much needed government relief material to the victims of riots in 2002 in the state of Gujarat.

In many cases, the RSS forced non-Hindu victims to chant Hindu religious slogans such as “Jai Shri Ram” before distributing aid materials to them. Former Congressman Joe Pitts from PA, at that time, had to go to India and meet Prime Minister Vajpayee to bring this issue to his attention.

Mr. Koshy expressed his concern saying, “If the Modi government exclusively taps RSS paramilitary forces to help with the distribution of much-needed supplies to families across India during this pandemic, a similar situation could arise. This time, it could be even more devastating given the scale of the task and the absence of other private NGOs – domestic or international, due to the indiscriminate restrictions imposed.

We are concerned that letting one paramilitary group affiliated to a political group to have a monopoly at this stage will lead to abuse and misuse of precious resources to hundreds of millions of people during this critical period”.

So, Mr. President we are asking that you attach strict conditions for the transfer of this 2.9 million US dollar aid to India stipulating that the Indian government must use relief organizations of all faiths and ethnicities if it must tap the help of private agencies and groups, and not use just one private organization to help with the distribution of supplies in each district.