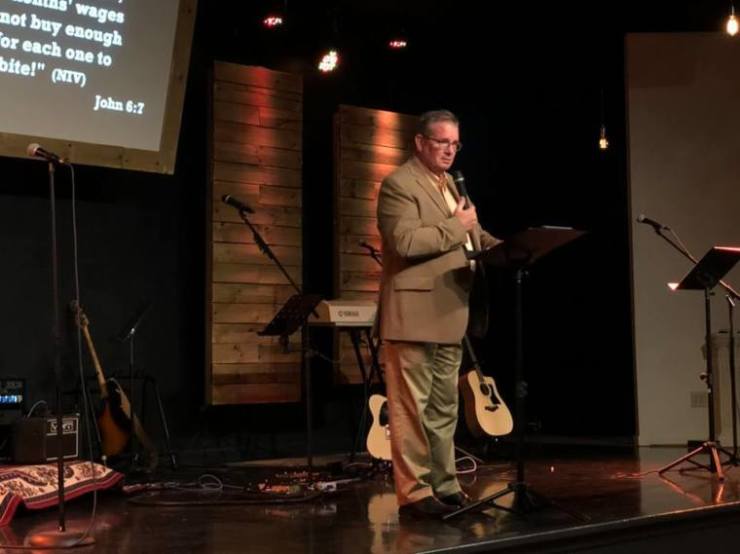 Members of Congress are demanding that the government of India release a Tennessee pastor who continues to be detained in the country even after he resolved a customs case brought against him for allegedly not paying duty on money he brought into the country.

“We write to bring your attention to the case of Bryan Kevin Nerren Sr. of Shelbyville, Tennessee. We are immediately concerned with the health of the Nerren family, including Mr. Nerren’s daughter with special needs, who has been hospitalized with pneumonia as Mr. Nerren remains in India without a clear point of return,” Sens. James Lankford, R-Okla., and Marsha Blackburn, R-Tenn., and Reps. Scott DesJarlais, R-Tenn., and Jody Hice, R-Ga., wrote in a letter to the Indian Foreign Secretary last week.

Pastor Nerren, who leads the International House of Prayer Ministries in Shelbyville and operates a nonprofit organization called Asian Children’s Education Fellowship, which has been training Sunday School teachers in India and Nepal for 17 years, was targeted and arrested as he stepped off a flight in Bagdogra, India, last October.

“We request that India uphold their end of the offer, as Mr. Nerren has upheld his, by finalizing the compounding of the offense and allowing him to return to his family,” the letter said.

Before his arrest in Bagdogra, a security agent in New Delhi questioned Nerren about $40,000 he was carrying while traveling with two other pastors from Tennessee. The pastor explained that the funds were to cover two conferences and support a two-week trip for 13 ministers. After about an hour of questioning, he was cleared to fly, but when he arrived in Bagdogra he was arrested for violating the Foreign Exchange Management Act because he didn’t complete a document to account for the funds. But the officials in New Delhi did not provide Nerren with the necessary forms.

Nerren recently accepted an offer to compound his offense. “He submitted an application for compounding, filed an affidavit with the court indicating submission of the application, and compiled $7,000 to be transferred to Customs upon Customs’ finalization of the appropriate paperwork,” the letter explained. “He has completed all of these required actions. However, Customs is now requiring the submission of a waiver of forfeiture for the money lost, a request that was not included in the original conditions – and to our knowledge is not required by Indian law.”

In the letter, the senators and congressmen reminded Indian officials that “the U.S.-India relationship is a vital and healthy one, as exhibited by President Trump’s recent visit to Delhi.”

“We do not wish for bureaucratic posturing in this case – which can now be simply closed according to Indian law – to become an impediment in that relationship,” the letter said.

Nearly 170,000 people have signed an online petition by the American Center for Law and Justice calling for the pastor’s release.

Ever since Narendra Modi of the Hindu nationalist Bharatiya Janata Party took office as Prime Minister in 2014, persecution of Christians has risen.

“The view of the Hindu nationalists is that to be Indian is to be Hindu, so any other faith—including Christianity—is viewed as non-Indian. Also, converts to Christianity from Hindu backgrounds or tribal religions are often extremely persecuted by their family members and communities,” the list added.