top
Home•News •India has the resources to care for its embattled migrant workers – but does it have the will? 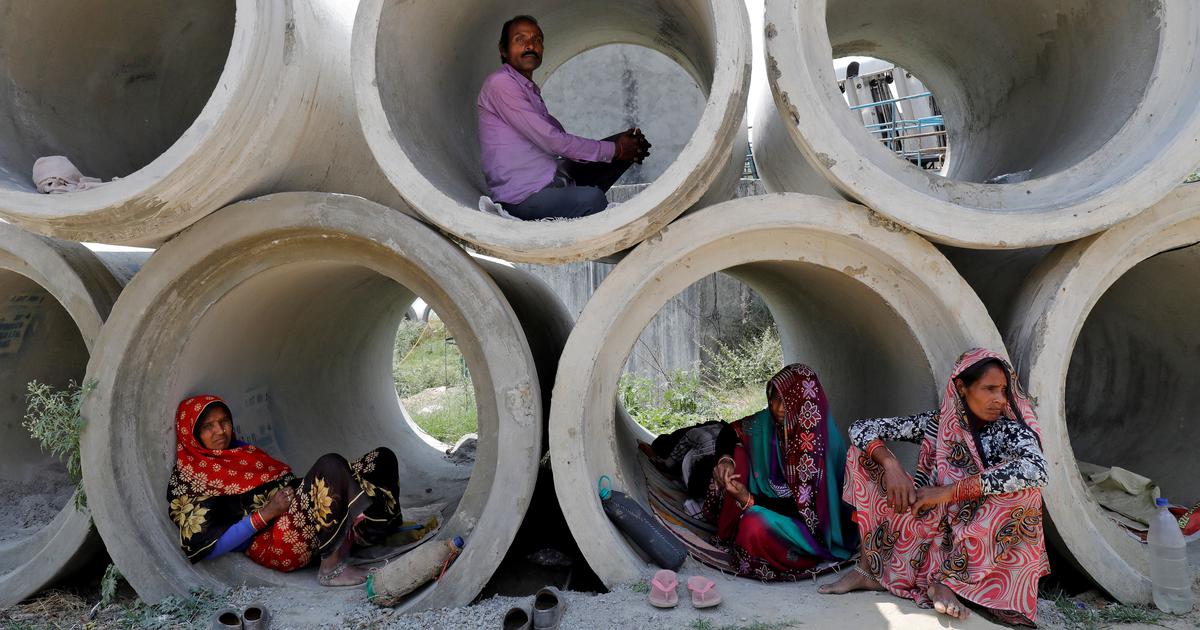 India has the resources to care for its embattled migrant workers – but does it have the will?

It appears a government relief package of Rs 544 billion targeting migrants is sufficient but it needs to reach them immediately.

The government’s decision on March 24 to declare a lockdown at four-hours notice to attempt to slow the transmission of Covid-19, banning all transportation betrayed a lack of understanding of the dynamics of migration in India. As has been documented in horrendous detail, the decision triggered a massive reverse migration.

Since it was implemented without detailed planning, the lockdown put millions of low-skilled migrant workers in danger of starvation, subjected them to health risks and mental trauma as they lost the daily wages on which they depended for survival. Tens of thousands started walking back home with their families. But in many places, the police cracked down on them. As a result, many interstate migrants are stranded far from home, with no money or food.

While India’s governments are usually very responsive to migrant workers stranded abroad (even arranging special flights to bring some home), the plight of millions of workers at home received attention only after the announcement of lockdown.

This reverse migration could have easily been anticipated. If Indian students, tourists, pilgrims stranded overseas want to return home, so do labourers in big cities. Second, the phenomenon of reverse migration during a crisis is not new. The 2005 floods in Mumbai resulted in thousands of workers leaving the city. In 1994, when plague broke out in the industrial city of Surat, hundreds of thousands fled.

There is no reason for these migrant workers to be invisible to policy-makers. Out of total 56 million inter-state migrants in India, about 40 million live in urban areas, according to the 2011 census. Of these, about 34 million people work in informal sector activities. When the lockdown was imposed, this data was in the public domain, .

Two days after lockdown started, the government announced relief measures like free rations and cash. In an affidavit filed before the Supreme Court on April 1, the government said that 600,000 workers are being provided shelter and 2.2 million have been provided food.

However, 21 days into the lockdown, the Stranded Workers Action Network, after surveying over 11,000 migrants across India, reported that by April 9, there had been at least 189 documented lockdown-related deaths (compared to 169 Covid-19 related deaths). The causes of death included suicide, death during the journey that migrant workers made to their home states, hunger and police brutality.

In an attempt to prevent distressed workers going home due to the lockdown, the Ministry of Home Affairs issued an order on March 29 seeking that employers should pay the workers full wages and landlords should not charge rent from stranded workers. But the SWAN survey revealed 89% have not been paid by their employers at all during the lockdown.

Several Indian laws pertain to migrant workers: these include the National Disaster Management Act, the Interstate Migrant Worker Act and the Street Vendors Act. The existing wage laws also mandate that workers are entitled to the payment of full and timely wages. These laws are being breached.

The SWAN survey found that there are now four categories of migrants:

The last two categories are vulnerable to sickness (due to lack of accommodation) and starvation (because of food due to lack of income).

For those workers stuck at the middle of their journey back to home, the respective state government (in consultation with the Centre) should make arrangements to send them home safely by setting up dedicated sanitised trains and buses. Moreover, thermal tests should be conducted at each migrant worker shelter, and those with no symptoms be allowed to travel.

Gram panchayats should monitor these potential Covid-19 carrier migrants once they reach home, an arrangement that district magistrates must facilitate through sub-centres and public health centres.

Some examples stand out. The Bihar government, for instance, has made use of geo-fencing technology to enable those workers who are outside the state to register online. The Bihar government has transferred money to 10.11 lakh workers, of the total applications from over 13 lakh workers. They are required to upload their photo and Aadhar details, after which the money is transferred to their bank accounts which should be within Bihar.

Taking the number of migrants as 34 million as an absolute maximum, feeding them daily at the cost of Rs 100 per person per day for four months would cost only Rs 408 billion. Governments will need to call upon NGOs to support them, otherwise speedy delivery of cooked meals will not be possible. This will be in addition to the extra public distribution system rations.

Moreover, a Rs 1,000 per month supplementary income to all these migrants would cost around Rs 136 billion more. Given these calculations, it appears a government relief package of Rs 544 billion targeting migrants is sufficient, but it needs to reach them immediately.

This should have been planned for and providedbefore the lockdown began.