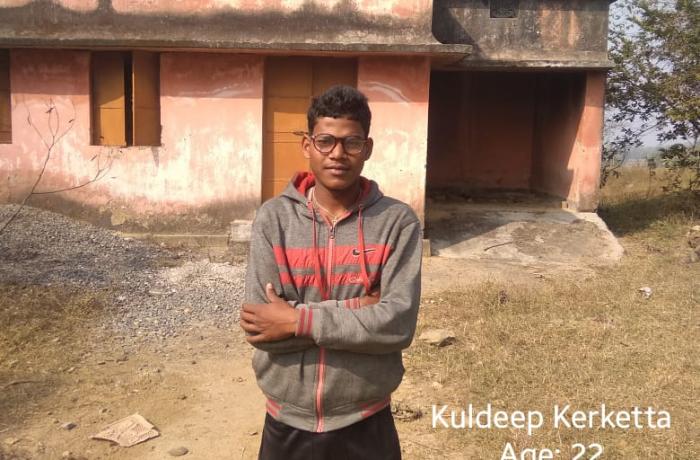 Indian Prime Minister Narendra Modi extends the lockdown on businesses and travel until 3 May. More than 120 million day labourers have become destitute all at once. “I thought I could help my family by coming to Mumbai to work.  But now I have nothing,” said one labourer. The Pahunch charity has provided food parcels to 800 tribal migrants.

Prime Minister Narendra Modi’s decision to lock down the whole country, closing businesses and banning travel, has created an army of poor people, forcing more than 120 million day labourers into destitution all at once.

Kuldeep Kerketta, 22, is one of them. Originally from Odisha, the tribal man arrived in Mumbai last January, seeking work to support his mother, sisters and brother.

“When the lockdown was announced, the factory shut down and I didn’t get paid. No salary,” he said. Now he is “homeless, jobless and hungry.”

The lockdown came into effect on 25 March until 20 April, but Prime Minister Modi yesterday extended it until 3 May

So far, India seems to have contained the pandemic. In total, the authorities have reported 9,756 COVID-19 cases with 377 deaths. However, many fear that the virus might reach the slums and the countryside. Once that happens, up to 300 million people might be infected.

Faced with 120 million people without a steady income, the government has set up a food distribution system for the homeless, but this is not reaching everyone.

AsiaNews met two young tribal migrants, Kuldeep and Anup Kerketta, who live with others in a single room in a slum in Vasai (Maharashtra). The interview was made possible by Goretti Xalxo, coordinator of Pahunch, a charity that hands out food rations to members of tribal communities in Chotanagpur, Virar district.

“I came to Mumbai to work in a small rubber factory, to support my family,” said Kuldeep. “I arrived only three months ago in January this year”.

“I couldn’t get any job; I was jobless for three months. I got a job in the rubber factory and was paid 400 rupees per day. I worked for 16 days only; then the lockdown was announced.” Despite working he was not paid.

“I live in group room in a slum with two other Odisha boys.  Each one pays a rent of 450 rupees per month. Fortunately, Ms. “Goretti gave us a 10 kgs ration, but that too is finished.” Now “I want to go home, where at least I will not starve.”

In Mumbai, “I am homeless, jobless and hungry,” he lamented. “What a miserable life to live on charity. [. . .] In my village there is no source of income and livelihood. I thought I could help my family by coming to Mumbai to work.  But now I have nothing.”

Anup Kerketta, 20, also hails from Odisha. He to shares the one room with Kuldeep in the slum. He is orphan. After his father’s death, his relatives took his home and he has been without a home ever since.

“I was homeless in my village (Birmitrapur) in Odisha, and now here too,” he explained. “I came in January, worked for 16 days; then the lockdown came. Our factory was locked down, but so was my life.”

“I want to go back [to Odisha]. At least there, I’m not treated like an outsider. I would be with my own tribal people and will not starve.”

Here people like Ms. Goretti “give us rations and donations. I am young, and I can work very hard. I can do honest work, and I can learn to do any job; just give me a job.”

Since the lockdown began, Pahunch has distributed parcels that contain rice, lentils, cooking oil and sugar to some 800 tribal migrants.