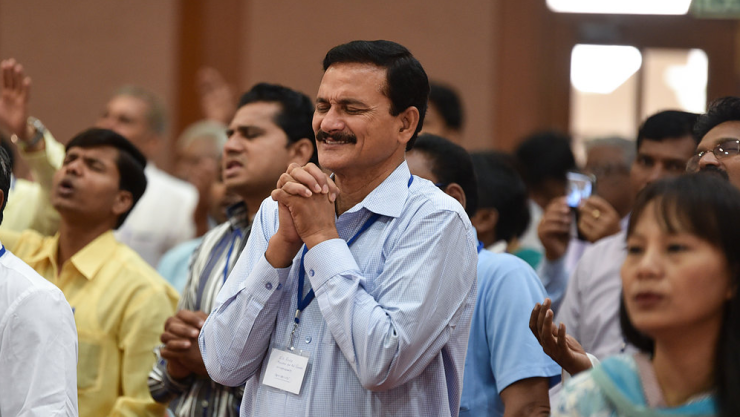 366 targeted violence and hate crimes against Christians in 2019: EFI report

As per the annual report published by the Evangelical Fellowship of India (EFI), as many as 366 incidents of violence against Christians, mostly related to physical violence, threats, harassment and the disruption of church services were reported in 2019.

Reports from the Religious Liberty Commission (RLC), an EFI initiative, showed that hate crimes and targeted violence against Christians is worst seen in states like Uttar Pradesh and Tamil Nadu.

RLC pointed out that Uttar Pradesh, the most populated state in the country, accounted for almost a quarter of all incidents against Christians. The Hindu YuvaVahini group, founded by Yogi Adityanath, is a Hindu youth militia that has been involved in communal violence and in targeting religious minorities.

Following Uttar Pradesh, Tamil Nadu was the second worst place for Christians to be in. The state recorded 60 anti-Christian violence, which is traced to caste supremacist attitudes in villages and their linkages with political elements.

RLC explained that most of the incidents recorded are related to physical violence, threats, harassment and the disruption of church services, by either religious radicals or the police.

According to the commission, targeting Christian congregations on Sundays has become a trend across many states, especially in Uttar Pradesh and Tamil Nadu.

Furthermore, many Christians are falsely accused and detained or arrested on alleged and convenient charges of forced conversions.

In 2019, the number of incidents peaked in November when Christians prayed and carried out religious activities before Christmas.

EFI fears if the citizenship law and NRC are implemented nationwide, they may marginalize and deprive the religious minorities, especially the Muslims in the country.

RLC has appealed to the Indian government to enforce strict rules and arrest members of groups promoting sectarian hate and violence against religious minorities in the country.

“We advise the state governments, especially Uttar Pradesh and Tamil Nadu, to deal with right wing organizations operating in these states whose primary agenda is to create an atmosphere of fear among the Christian community and other religious minorities,” the commission appealed.