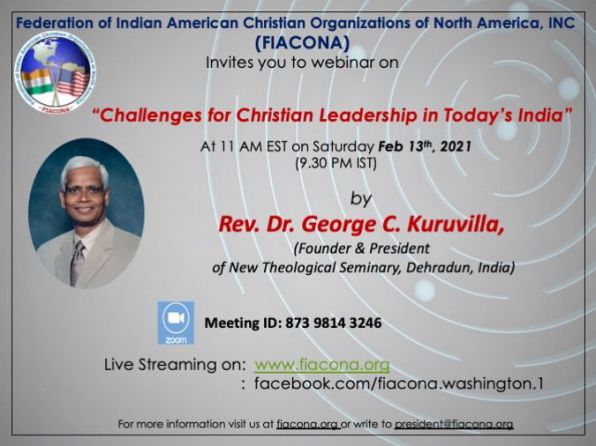 The Federation of Indian American Christians (FIACONA) is pleased to learn that Pastor Bryan Nerren, of Shebyville, TN was allowed to return to the US by Modi government after confiscating his passport over 8 months ago.
Washington DC, May 19, 2020. Pastor Nerren’s passport was confiscated by Modi government citing minor customs related misunderstanding upon landing in NE India via Delhi. Though he cleared his customs formalities in Delhi, the immigration officials arrested him in Badogra, NE India on Oct 5, 2019.
FIACONA had written to the President before he went to India in February 2020. Though the White House promised to work on the case, it took three additional months before the Modi government agreed to return Pastor Nerren’s passport.
Pastor Nerren is expected to arrive in Nashville TN around 9:30 PM