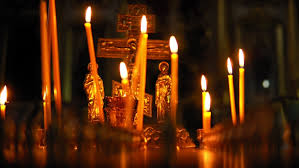 May 13, 2020, Washington, DC. The Federation of Indian American Christian Organizations (FIACONA) and Save The Persecuted Christians (STPC) jointly sent a letter to President Trump and Mr. David Malpass, the President of World Bank Group raising concerns about the COIVD-19 related policies of the government of India and the deployment of 1 Billion US Dollars lent by the World Bank.

The letter addresses several systemic flaws in the Hindu nationalist government’s approach to the problem. We are concerned that millions of people are being left out of the programs meant to help the people during this crisis.

Several reports indicate that religious minorities are being unfairly singled out by the government in many places as a part of pandemic response.

Though Christians and other religious minorities are suffering due to government actions, they are not the only victims. Various sections of economically vulnerable people are greatly suffering due to these fundamentally flawed attitudes of Mr. Modi’s Hindu nationalist government.

Because the core constituents of the Hindu nationalist party are always religiously upper-caste Hindus, linguistically Hindi speaking, and economically middle class, government policies seem to be crafted for them instead of the whole population.
The evidence of it was loud and clear last month when tens of millions of migrant manual workers working in cities, who happen to belong mostly to lower castes, were left to fend for themselves after Prime Minister Modi made a surprise announcement to lock down the entire nation after a four-hour notice with no planning or contingencies.

Mr. Koshy George, the President of FIACONA pointed out the fact that when the BJP government under Modi sent several government-funded special aircraft to fly stranded Indian tourists and workers from various countries back, millions of poor migrant worker with small children and pregnant women were forced to walk hundreds of miles on an empty stomach to reach their villages.

Most of the funds from the World Bank are meant for testing and managing the infections. But even in testing for the virus, we have documented that the officials are unnecessarily singling out poor religious minorities for targeted testing and vilification in the media. Such sustained vilification encouraged by the Hindu government is creating an enormous level of friction and tension in society. It is like a powder keg that could explode at any time.

Moreover, though many belonging to particular religious groups test negative for COVID 19, they are detained along with those quarantined for having tested positive.

The Covid-19 relief measures of the Modi government are NOT aimed at helping the poor, migrant labor, or the women – the most vulnerable during this time. Instead, the government programs are aimed at helping large business houses affiliated with Mr. Modi’s party.

Mr. John Prabhudoss, the Chairman of FIACONA said, “Verified reports also inform us that Prime Minister Modi has created a fund called ‘Prime Minister Cares Fund’ in March to collect money for managing the pandemic. But the problem is this fund is outside the purview of public scrutiny or audit. This means, details of this fund, like how much money is collected, or how it is spent, who is getting it, etc. are all secret”.

Prime Minister Modi’s office has already denied requests for any details about this fund. This kind of practice by Mr. Modi has created room for concerns about the possibility of even the World Bank funds being misused by him.

So, he further said, the letter co-authored by STPC and signed by 32 other organizations is asking President Trump and Mr. David Malpass, the President of the World Bank Group to put in place a mechanism to address if not reduce the drawbacks in the approach of the Hindu nationalist government and possible misuse of funds meant for COVID-19.

Specifically, we are recommending them to seat a committee made up of multi-faith leaders and eminent economists in India as a watchdog that will report directly to the World Bank. They can oversee how this money is spent instead of leaving it all in the hands of a government that has already proven to have a flawed approach.

Our suggestion is purely a precaution so that we won’t have to see further deterioration and misuse of funds in an already stressful situation in India.