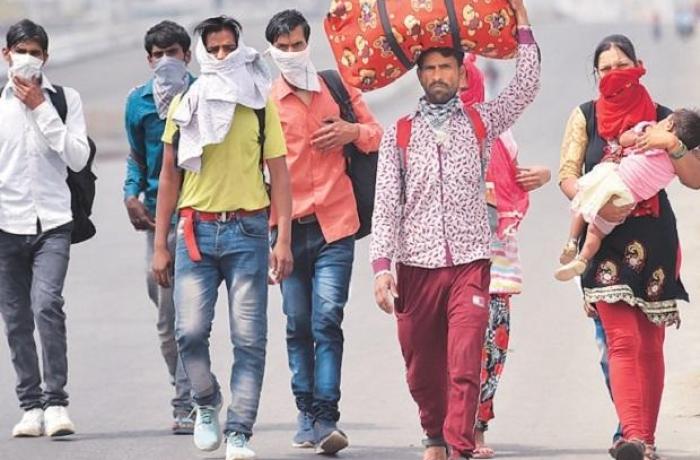 The archbishop of Bombay speaks about the tragedy of migrant workers killed by a train, as they slept exhausted on the tracks. Hundreds of millions of jobless day labourers are without wages, food or shelter. Better government planning and coordination are needed. The Archdiocesan Centre for Social Action is involved in relief work.

The situation of migrant workers in India since the country was locked down on 24 March putting more than 120 million people out of work, with no wages, food or shelter, “is heart-breaking to watch,” said Card Oswald Gracias, Archbishop of Bombay.

For him, seeing “my people walking home,” some dying “trying to reach home” on foot, because the transportation system was also locked down, is a source of “immense sorrow”.

Three days ago , a group of migrants was hit by a freight train as they rested on the tracks. They had walked nearly 40 km and had to travel 800 more to reach their villages in Madhya Pradesh.

“My heart wept at the train tragedy, which snuffed out the lives of 15 of our people who were exhausted, from trying to walk home,” said the Archbishop, who heads the Catholic Bishop’s Conference of India.

Taking a broader picture, Card Gracias looked at “The unending sufferings of my people, the migrant workers stranded by lockdown”.  He noted that “Migrant workers, my people are without jobs, without food, without livelihood and security, without a roof over their heads, without hope, and they do not know what the future holds for them. This lockdown has pushed them into further deprivation and exclusion and poverty.

“At the local level, the Government and Church and also NGOs and people are helping them, but I feel that authorities do not understand their helplessness. I appeal to the people to have sympathy with them. With better planning and coordination something can be done”.

The government is trying to organise special trains to allow migrants to go home, but there are too few compared to the need. The authorities have also promised food and money for the unemployed in the cities, but the distribution is haphazard and uneven.

“I’m praying to God to touch the hearts of all concerned to understand their plight, to feel for them,” said the cardinal.

Meanwhile, in the Archdiocese of Bombay, the Centre for Social Action (CSA) is coordinating help for migrants. Almost all the parishes and different congregations are involved in relief support helping 75,000 families. In addition, cooked food is provided regularly to some 2,500 families.

Thanks to the CSA and its connections, it has been possible to respond effectively and quickly to the situation. For example, a few days ago, the CSA received a report that a group of Rajasthani migrants was stranded in Jogeshwari East (Mumbai) days ago. These people worked in the marble industry, but now they have lost their jobs and were hungry.

The CSA contacted the Verbite Fathers who run the Gyan Ashram, near Jogeshwari East, and thanks to their volunteers they were able to provide the migrants with rations.