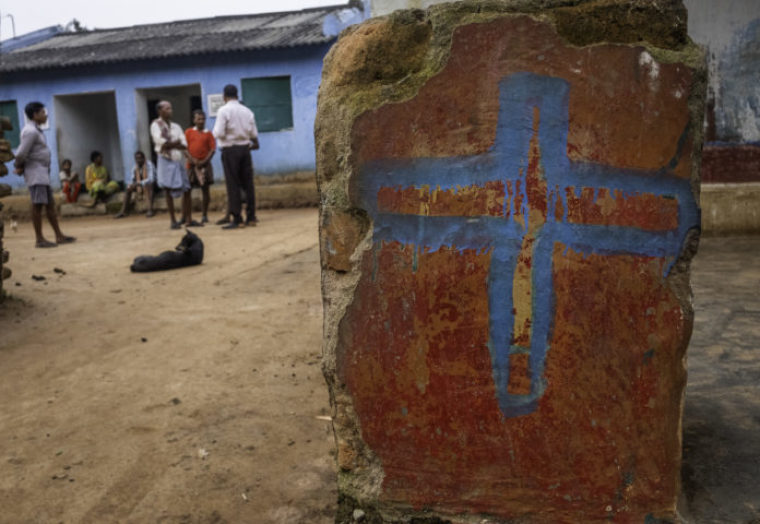 Pastor dragged, beaten by 150-strong mob while praying for sick

In one of the eight attacks on Christians since the COVID-19 lockdown was partially lifted in India two weeks ago, a mob of about 150 people in the southern state of Telangana dragged a pastor into the street and beat him while he was praying for a sick person.

“They kicked me like they would kick a football,” Pastor Suresh Rao, a church planter, told the U.S.-based Christian persecution watchdog International Christian Concern about the attack on him in Kolonguda village last Sunday.

“They dragged me into the street and pushed me to the ground,” Rao added. “There, they started to trample on me. They tore my clothes, kicked me all over my body, and punched my left eye. I have sustained a serious eye injury as a result of a blood clot.”

Local Christians told ICC that Rao arrived at the sick person’s house around 9:30 a.m. for prayer. Soon after that, the house was surrounded by a mob of nearly 150 people led by a man identified as Ashok.

The attackers accused Rao of illegally converting Hindus to Christianity. “They said that India is a Hindu nation, and there is no place for Christians,” Rao explained. “I am prepared for this kind of eventuality. I know the cost of serving Jesus in these remote villages, and I will continue to serve the people of this region.”

ICC said it has recorded at least eight separate attacks on Christians in two weeks following the partial lifting of the nationwide coronavirus lockdown.

On June 11, a group of unidentified people burned down the building of an independent evangelical congregation of about 100 Christians, Real Peace Church, in Vaylur village in the southern state of Tamil Nadu.

“I was so distressed and pained in my heart,” Pastor Ramesh, the church’s head pastor, was quoted as saying. “It was hard labor for 10 years to build the church. All the hard work and sacrificial donations from the poor congregants were brought down to the ground. All that is left is ash.”

The Hindu nationalist government of the northern state of Haryana recently pledged to enact a law to regulate religious conversions that would lead to the arrest of Christians who share their faith, talk about Heaven or Hell, or perform charity work for lower caste Hindus.

The draconian “anti-conversion” laws, termed as Freedom of Religion Acts, presume that Christian workers “force” or give financial benefits to Hindus to convert them to Christianity.

While these laws have been in place for decades in some states, no Christian has been convicted of “forcibly” converting anyone to Christianity. However, these laws allow Hindu nationalist groups to make false charges against Christians and launch attacks on them under the pretext of the alleged forced conversion.

Attacks on the minority Christian community in India continued even during the COVID-19 lockdown.

In the east-central state of Chhattisgarh, villagers had banned Christians from burying their dead until they paid fines for not taking part in Hindu festivals and rituals.

The Christians were told to make “restitution” for not partaking in or giving donations for religious rituals in those villages for all the years gone by, and pay an additional fine before their dead would be allowed to be buried.

United Christian Forum in India, a Christian organization that advocates on behalf of Christians in India, documented 56 threats against Christians as well as 78 incidents of violence between January and March of 2020.

In most cases, the attacks were perpetrated by mobs objecting to Christians holding worship services.

India is ranked at No. 10 on Open Doors USA’s World Watch List of countries where it’s most difficult to be a Christian. The organization says that Christians in the country face “horrific” levels of violence from extremists, with thousands of attacks taking place every year.

Incidents targeting Indian Christians have risen steeply since 2014, when Narendra Modi of the Bharatiya Janata Party came to power, according to Open Doors, which noted that at least one Christian was attacked every day last year.