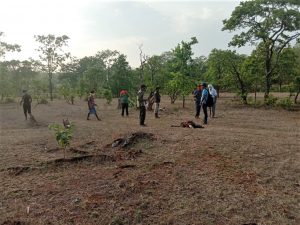 Christian Mother of Four in India Was Persecuted before Her Death

If homicide, it would be the third killing of a Christian in the country within a few weeks.

Tribal Hindus persecuted a widowed, Christian mother of four before her body was found severely mutilated in the wilderness near her village in Chhattisgarh, India, sources said.

The body of 40-year-old Bajjo Bai Mandavi was initially unrecognizable as it appeared to have been eaten by wild animals when it was found two miles into the wilderness near her native Kumud village, Kuye Mari, on May 29. She was last seen going into the wilderness of Kondagaon District to collect firewood on May 25.

The death threats, deprivation of water and shunning she had suffered at the hands of villagers who were upset that she left their blend of Hindu and traditional tribal rituals led family members and area Christian leaders to believe she was raped and killed before animals fed on her body, they said.

“There was no way to find out who the people were who raped my sister-in-law and then murdered her, so police and the authorities thought best to call it an attack by a wild animal,” a sobbing Bhajnath Mandavi, her brother-in-law, told Morning Star News.

Bhajnath Mandavi is the younger brother of Bhola Mandavi, who died of an illness four years ago, leaving Bajjo Bai Mandavi with children who are now 6, 8, 12 and 17.

“She was threatened and asked to leave her faith and re-convert, but she boldly took a stand for her faith,” said Pastor Salam, who leads a church of about 120 people in nearby Kue Mari.

Bajjo Bai Mandavi had attended Sunday services there regularly with her children. In Kumud village, hers was one of just two Christian families among 21 other families.

The tribal Hindu families prohibited her from fetching water from the common village tap, forcing her to walk miles for it, Pastor Salam said.

“She bravely fought all the odds and refused to deny her faith even after she started to receive death threats from the Hindu extremist villagers,” Pastor Salam told Morning Star News. “Bajjo Bai became a Christian a little more than three years ago, and since then had faced severe opposition from the villagers.”

She regularly talked about the threats and shunning she and her children faced from the tribal Hindu villagers, he said.

“I always told her that we are praying for her and that everything will be fine – we could never imagine that she would face such brutality,” Pastor Salam said. “She was raped and then murdered by religious extremists for her Christian faith.”

Brother-in-law Mandavi said her own brother, who lives in her village, would not speak with her after she became a Christian three years ago.

“Nobody except one Christian family would speak to Bajjo Bai and her children,” he said.

An influential, tribal Hindu family in the village likely had a hand in the alleged rape and killing, said a source close to her family who requested anonymity.

“The villagers and all of us know who they are, but no action would be taken against them,” the source said. “They have a lot of money to enable them to keep themselves out of any trouble.”

If a homicide, it would be the third religiously motivated killing of a Christian in India within a few weeks. In Bari village, Jharkhand state, followers of tribal religion on June 7 abducted and killed Kande Munda. On the night of June 4 in Odisha state, followers of tribal religion abducted 16-year-old Sambaru Madkami for his faith before stabbing and stoning him to death.

In Uttar Pradesh state on May 28, villagers tried to kill pastor Dinesh Kumar in an ambush that left him unconscious.

The remains of the semi-naked body were found in the wilderness by the driver of a passing tractor loaded with road construction material, Pastor Salam said.

The driver notified police, and Christians arrived at the site of the body with officers, he said.

The head of Kumud and four other area mountain villages, Gurcharan Bhandari, denied any foul play.

“She was probably killed by a wild animal,” Bhandari told Morning Star News.

The village chief said an autopsy took place at the site where the body was discovered. Though neither he, victim family members or church leaders have received a copy of the autopsy report, Bhandari said it indicated that she was mauled to death by a wild animal.

The village chief said it was common for wild animals to attack humans in the wilderness but admitted that no such attack had ever taken place in the area where she was collecting firewood. He said the last attack took place three years ago in a far different part of the wilderness.

Bhandari said he suspects a bear might have killed her but could not explain why only her legs appeared to have been eaten.

Siya Yadav, who pastors a church in Keshkal 18 miles from Kumud, said he saw the body while driving his car after road construction forced him to a detour through the wilderness on May 28, but that he did not stop to look closer.

He visited the site later and said a wild animal possibly fed on the body after it lay in the wilderness for days.

“We could see that she died at one spot where the bundle of the sticks lay – there were evident marks that she was dragged by a wild animal to another spot and from there to the third spot,” Pastor Yadav told Morning Star News.

Brother-in-law Bhajnath Mandavi said he is caring for the deceased’s two younger children. The 12-year-old child has been living with another relative 30 miles away for the past year, he said.

“I am still in shock. I do not know what the future of her four children will be,” said Mandavi, who was unable to attend his sister-in-law’s funeral due to coronavirus travel restrictions.

The oldest son, a contract laborer in Tamil Nadu state, was also forced to miss the funeral due to travel restrictions, he said.

“The eldest son could not come home even at his mother’s death,” Mandavi said.

Bajjo Bai Mandavi had supported her family as a daily-wage laborer. A senior pastor and Christian leader in the area said converts to Christianity in India’s rural areas increasingly face the threats and shunning she suffered.

“Social boycott is very real,” Pastor Son Singh told Morning Star News. “It is practiced even against high-ranking government officials when they accept Christ, so what can we say about this woman who was just a poor person and also a widow?”

“This is a crime against a minority community, and the authorities are not doing anything about it,” Pannalal told Morning Star News. “The Chhattisgarh Christian Forum will move to the High Court if this matter is not taken seriously.”