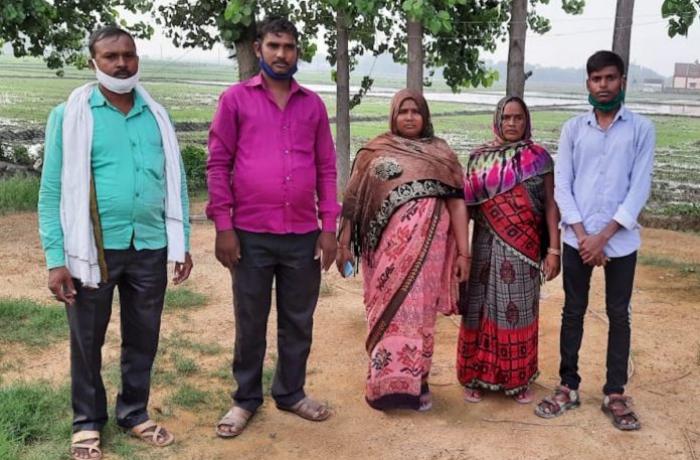 A mob ransacked a young clergyman’s home. They threatened his family and two other Christian families that if they did not leave the village, their women would be raped, the men murdered, and their homes burnt. Police was forced to release two detainees.

“Vikas Gupta, a 21-year-old man, was dragged inside a Hindu temple where he was forced to bow in front of an idol,” George told AsiaNews. After that, “he was paraded through the village market”. His attackers “also damaged his motorbike.”

The following day another mob broke into his home in Dassmora, a village in Azamgarh district. They ransacked the house, and threatened his family and two other Christian families that if they did not leave the village, the women would be raped, the men murdered, and their homes set on fire.

After the mob left, the families asked police for help. On 4 July, the mob attacked the house of prayer, tearing down walls, breaking windows and doors. Following the third attack, Christians informed the Bardah police station.

Police arrested five men in connection with the attack, but another mob, this time led by a village chief, gathered outside the local police station demanding the release of two of the detainees. The village chief threatened the police with consequences if the men were not released. According to a local source, the police were forced to let the men go.

The two Christian families who live in the village took refuge in the police station that day until about 1 am. They later fled the village, abandoning homes, furnishings and livestock and are now in hiding. On July 5, the police arrested five unidentified people.

For Sajan K George, “This assault on the innocent Vikas Gupta and the two Christian families is a serious attack on their basic rights, including the right to life, religious freedom and dignity of women (threatened with rape).”

False propaganda is spiking attacks against vulnerable Christians in various districts of Uttar Pradesh. Increasingly, smaller churches are being closed down.

In its 2020 edition, the United States Commission on International Religious Freedom (USCIRF) placed India among 14 “countries of particular concern” because their religious minorities are subject to increasing attack.

Last January, the Vishwa Hindu Parishad (VHP) announced that it would put an end to “forced conversions” by 2024, naming 30 places in eight districts of eastern Uttar Pradesh where alleged religious conversions have taken place by Christian missionaries.

“Radicals are so eager to threaten the very existence of minorities that they create a law and order situation and violate every constitutional guarantee in secular India,” George said.