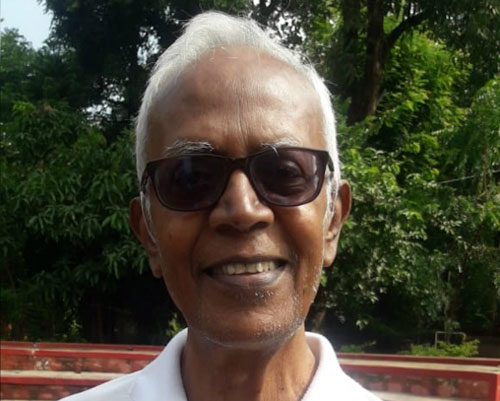 The arrest and imprisonment of an 83-year-old Jesuit priest in a two-year-old case have led to massive protests by people’s organizations, activists, intellectuals and concerned citizens from across India.

The National Investigation Agency (NIA), a federal body to counter terror activities in the country, October 8 arrested Father Stanislaus Lourduswamy from his residence at the Bagaicha Campus near Ranchi, capital of Jharkhand state in eastern India.

According to the latest information, the agency October 9 took the priest to Mumbai, in western India, and presented him before a court that sent him to judicial custody until October 23.

The arrest of “Stan Swamy is a gross violation of human rights and democratic norms,” says an October 9 statement endorsed by more than 2,000 people representing various groups in India.

They have appealed Jharkhand Chief Minister Hemant Soren to oppose the priest’s arrest.

The statement hailed Father Swamy as “a valued and public spiritedness citizen who has worked for Adivasi rights since decades in Jharkhand” and decried the “inhuman and insincere act of the NIA authorities.”

The priest’s arrest, it adds, “stands out for its sheer vindictiveness” since the priest had “fully cooperated with the investigating officers” who questioned him at his residence for more than 15 hours in July and August.

“Stan has consistently denied any link with extremist leftist forces or Maoists. He had also clearly told the NIA that some so-called extracts allegedly taken from his computer shown to him by the NIA were fake and fabricated and that he disowned them,” the statement explains.

NIA officials reportedly said investigations established the priest was actively involved in the activities of the banned Communist Party of India-Maoist (CPI-Maoist). The agency also accused him of receiving funds for CPI-Maoist activities.

The agency said they had seized documents and propaganda material of the Maoist and literature from the priest and that he was in contact with the other accused in the Koregaon-Bhima case that dates back to January 1, 2018, the day of the bicentenary celebrations of the Bhima Koregaon battle.

The celebration was marred by violence leading to death of one person and injuries to several others. Dalits and higher-caste Maratha people clashed in several parts of Maharashtra.

Police investigation led to the arrest of several activists for their alleged “Maoist links.” The police alleged that they funded the meeting on December 31, 2017, where inflammatory speeches were made, leading to the violence.

Father Lourduswamy, who is popularly known as Stan Swamy, has denied any links with the Bhima Koregaon violence.

The statement from civil groups criticized the NIA for arresting the elderly priest with several health ailments and making him travel to Mumbai during the Covid epidemic.

Their statement also points out that the priest has worked for the rights of Adivasis and other underprivileged groups in Jharkhand for decades. He has also opposed displacement of tribal communities, “corporate loot of resources, the condition of undertrials and PESA” (Panchayats (Extension to Scheduled Areas – Act, 1996).

The priest, the statement observes, had opposed Jharkhand’s previous BJP government’s attempts to amend land laws and the land acquisition act. He also advocated the Forest Rights Act, PESA and related laws. “We know Stan as an exceptionally gentle, honest and selfless person. We have the highest regard for him and his work,” the statement asserts.

The endorsers of the statement dismissed the Bhima-Koregaon case as a baseless fabrication by the federal government to “build a false narrative of a national Maoist conspiracy against the state that involves these activists.”

The main objective of the case, they allege, is to target and harass activists who work for the rights of Adivasis, Dalits and the marginalized and raise questions against the anti-people policies of the government.

According to them, the Bhima-Koregaon case “exposes the extent to which the central government is willing to undermine constitutional values and suppress dissent.”

They view Father Swamy’s arrest as an “attack on all those working for human and constitutional rights in Jharkhand.”

In separate statements, the Jesuit Conference of South Asia and the Catholic Church in Ranchi have demanded immediate release of Father Swamy.

Father George Pattery, who heads the Jesuits in South Asia, on October 9 expressed shock and dismay over the arrest of his elderly confrere who has worked “all his life for the uplift of the downtrodden and other vulnerable people.”

The Jesuit leader said he was “immensely grateful to all people of goodwill, civil society members and institutions who have come out overwhelmingly in support of Stan.”

Father Pattery invited people to organize programs for an hour at 4 pm on October 12 to express your solidarity and support for Stan Swamy.

A joint statement from Auxiliary Bishop Theodore Mascarenhas and Cluny Sister Punam Soreng, secretary of the Ranchi unit of the Conference of Religious India, expressed “deep sorrow and anguish” over the Jesuit’s arrest.

“We are distressed and troubled in the way and manner in which Fr. Stan Swamy was arrested,” the statement says.

The bishop and the nun lambasted “the premier national investigating agency” that chose to come at night to take away Father Swamy.

They said they “would have expected that the top investigating officers” to understand “the danger to Fr. Stan’s health” especially since the elderly pleading with them that he was a sick man. “We have learnt to our great worry that Fr. Stan has not eaten anything since yesterday evening. A clarification from the NIA in this regard would be greatly appreciated.”

The Church statement asks what the necessity was to make the priest to travel to Mumbai “given the fact that even healthy young people are afraid to travel during this pandemic times.”

They also said the Catholic Church in Ranchi appealed “to the conscience and the compassion of all concerned authorities and all those who have a say in this matter to release” to release the priest immediately and to bring him to his residence.