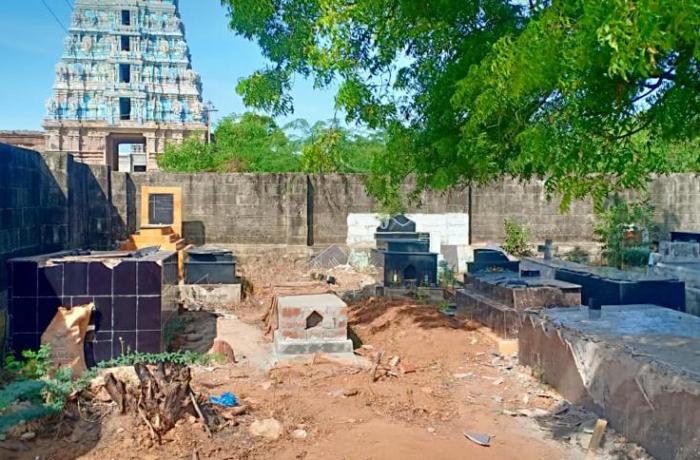 In the night between 17 and 18 October, 40 tombstones, crosses and statues of Our Lady were destroyed in the city of Tirunelveli. Catholics have received the solidarity of the population and political parties, except from the BJP, the ruling Hindu nationalist party.

Palayamkottai (AsiaNews) – At least 40 graves have been desecrated, tombstones broken, crosses and statues damaged at the Udayarpatti cemetery, in the city of Tirunelveli (Tamil Nadu). Here is the report of the bishop, Msgr. Antonysamy Savarimuthu, from the diocese of Palayamkottai.

On the night of October 17th-18th between 10pm.4am, desecrated the cemetery of the Sacred Heart Church at Udayarpatti in Tirunelveli city, Tamil Nadu.

It was a meticulously planned and calculated act of desecration and vandalism, which has deeply wounded our religious sentiments.  The cemetery is a Holy place, and we were sad, grieved and shocked

This act of desecration and vandalism of our cemetery, was noticed by a few parishioners on Sunday morning, who informed the Parish priest – (The graveyard is a few hundred meters away from the Church).  The people protested on Sunday and blocked the road, and expressed our protest of this this grave and serious act by road blockade stir on Sunday.

This land was purchased, as a “burial grounds” by the diocese of Palayamkottai   from 1982, this was part of an area which was being used by Hindus for cremation

We presented three resolutions to collector of Tirunelveli