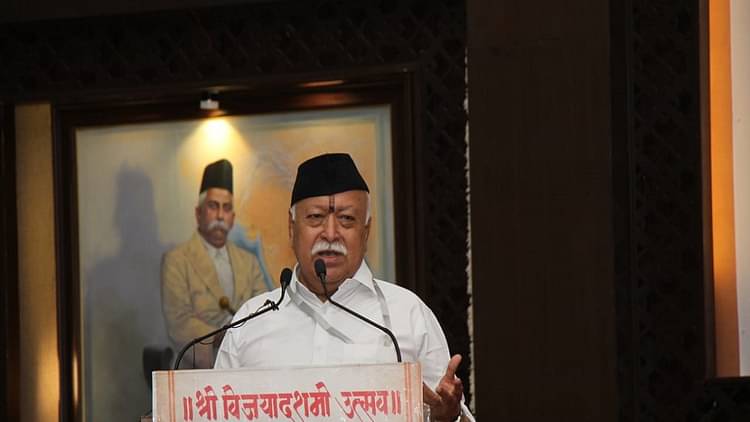 While analysing the features of fascism in the Italian context, Antonio Gramsci had pointed out that grounds were prepared even before the dominating forces unveiled themselves. The various democratic structures were slowly taken over. Uniformity was imposed on culture replacing its multiplicity. Efforts were made to influence the psyche of people and either win them over or do away with opposing sections. To get rid of any divergence, there were attempts made to directly eliminate them taking extreme positions or slowly usurp the hegemony manoeuvring all the way.

The Dussehra speech made by Rashtriya Swayamsewak Sangh (RSS) chief Mohan Bhagwat on October 24 this year in Nagpur reflects the maturing up of the same process that was initiated by RSS in 1925, an organisation that strived for exclusivity, allowing no other to prevail. Bhagwat, in his speech, also said that the organisation was not power centric. However, the fact is that the Bharatiya Janata Party which is closely linked with the RSS has the country’s governance in its hands since 2014.

The ruling BJP has traversed a long way, and it showed when in his speech, the RSS Supremo openly declared, “India is a “Hindu Rashtra” and Hindutva is the essence of its self-hood or the Swa. The phrase used by him was not new; what was new was his assertion. He added, “To us, it is the word expressing our identity along with the continuity of its spirituality based traditions and its entire wealth of value system in the land of Bharat”. The traditions and the value system that were mentioned as part of Hindutva, were brought in to explain the self-hood, the essence of Hindu Rashtra, leaving no space for diversity.

Bhagwat was not ambivalent as he said that the word Hindu Rashtra was applicable to entire 1.3 billion people of Bharatvarsh. The Hindu Rashtra which had a new name, that was Bharatvarsh, was not India, said Bhagwat.

There is every possibility that Dussehra speech by Bhagwat was a curtain raiser for the coming days as India becomes Bharatvarsh.

Bharatvarsh, a Hindu Rashtra, where entire people are identified with it, loses the heritage of composite culture. There is no ‘other’. The variations are smoothened up. Minorities are left to face the ordeal.

Making the intentions of the RSS clear, Bhagwat said there were sections that were keen to distort the true meaning of this term and added, “It is for this reason that this term is the first target of castigation by those who instigate inter-group conflicts, who are bent on splitting our country and society.”

Bhagwat was very clear when he said being part of Hindu Rashtra, one was Hindu, but it did not require giving up one’s faith, language, land or any other identity marker. It only made it imperative that there should be absolutely no quest for supremacy.

So, the Hindu Rashtra has only one supreme force ruling the country, and challenges to it would not be tolerated.

The idea that the Hindus must have the exclusive right to define the national identity of Bharatvarsh was in the nebulous form when Savarkar propounded it. But Golwalkar, in his book, ‘We or Our Nationhood Defined’, first published in March 1939, eight months before he became the RSS chief, compared the project of promoting a Hindu Rashtra with German anti-Semitism. In his book, he gleefully presented Hitler’s treatment of Jews as a model to be applied on Indian Muslims and Christians.

‘To keep up the purity of the race and its culture, Germany shocked the world by her purging the country of the Semitic races – the Jews,’ Golwalkar wrote. ‘Race pride at its highest has been manifested here. Germany has also shown how well nigh impossible it is for races and cultures, having differences going to the root, to be assimilated into one united whole, a good lesson for us in Hindusthan to learn and profit by.’

He added further, “From this standpoint, […] non-Hindu peoples in Hindusthan must either adopt the Hindu culture and language, must learn to respect and hold in reverence Hindu religion, must entertain no idea but those of the glorification of the Hindu race and culture […] and must lose their separate existence to merge in the Hindu race, or may stay in the country, wholly subordinated to the Hindu nation, claiming nothing, deserving no privileges, far less any preferential treatment not even citizen’s rights.”

The circle is closing down…yet we have our rich traditions, nourished during the freedom struggle, and in the days of post independence while building our nation, a sovereign, socialist, secular, democratic republic, as spelt out by our Constitution.