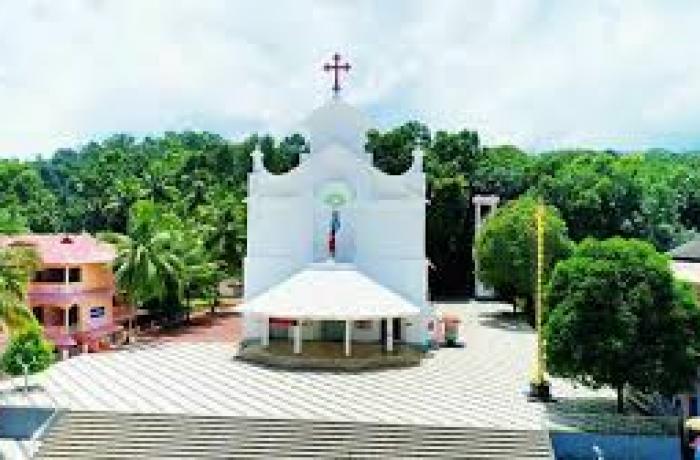 Protests over the desecration of a cross in Kerala

A group of young Muslims, descrated and danced on the cross, an act causing widespread concern. According to Msgr. Pamplani, Church leaders fear possibility of ISIS supporters being groomed in Kerala.

Tamarassery / Palai (AsiaNews) -: Mons Joseph Pamplani, auxiliary bishop of Tellichery archdiocese in Kerala and the Chairman of Media Commission of Syro Malabar Church has severely accused the gang of Muslim youth who recently desecrated the Cross in two different parts of Kerala.

Widespread protests were held in Kerala against the desecration of the cross by anti-social people at Valamthodu in Thamarassery diocese and in Poonjar in Palai diocese.   A group of young people, pretending to be tourists, photographed the cross in a derogatory way and posted the images on social media. Since it happened several times, the faithful warned the group several times and turned to the police.

The state of southern India has always been peaceful and with harmony between Christian, Hindu and Islamic religions. But recent events, according to Msgr. Pamplani, forcing Church leaders to also think about the possibility of recruiting ISIS supporters in Kerala. Bishop Pamplani, in a press conference, commented that the young people who went up and danced on the Cross were dancing on the chest of every Christian. Mgr Pamplany, official spokesman for the Syro-Malabar bishops, expects the authorities to seriously consider the offensive actions of young people of the Islamic religion

A good number of faithful, in particular bloggers from the Catholic community from all over the world, denounced the brutal attack with heavy words with these fanatical and brutal actions that hurt the harmonious atmosphere of the state.

The group of young people often behaves uncivilized and has offended natives and women who had gathered to prevent them from desecrating the cross. In addition to this, they enter the farms in the area and destroy the crops. The Diocese of Thamarassery and Church organizations have called for strong legal action to be taken against those who have ascended the cross, challenged Christians and the Christian faith, and propagated on social media in a way that created sectarianism in the community.

A protest, in compliance with the Covid protocol, took place yesterday in Kurishumala, in the diocese of Thamarassery, by various Christian communities and Church organizations calling for action on this incident. The bishop of Thamarassery Mgr. Remigios Inchananiyil opened the event.

In Poonjar the cross is located in a large area of ​​a small hill which is owned by the Catholic parish of Poonjar (pictured). During the Lent period, parishioners and other devotees gather there for the Via Crucis. The parish has planned to build a chapel in the place. “The motive of the young people involved in the accident does not appear to be good. The people of Kerala have sufficient education and prudence to identify any religious symbol. All legal systems must take precautions to prevent such incidents from happening again, ”Fr. Devis Kanayinkal VC, originally from the Poonjar area.

However, just yesterday, the religious and leaders of Eerattupetta Masjid visited Father Mathew Kadookkunnel and his brothers from the parish of Poonjar, expressing regret for the incident. On behalf of the Islamic community, the leader apologized for the offensive actions of their young people. The young people involved in the incident were informed of the seriousness of the mistake they had made and were presented to the police.