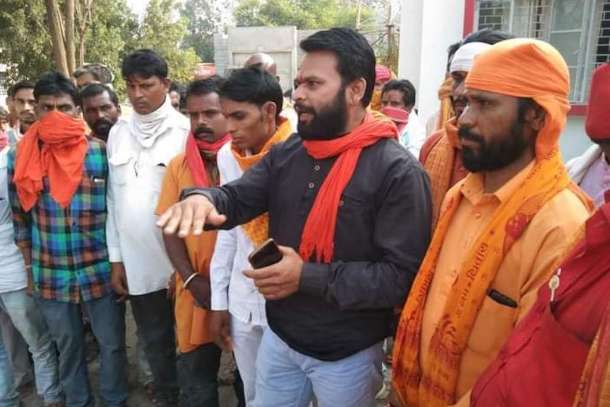 Right-wing Hindu groups in India have stepped up a campaign seeking to strip tribal Christians of government concessions with the aim of stopping more indigenous people converting to Christianity.

A group of right-wing Hindu activists marched through Jhabua town in the central state of Madhya Pradesh on Nov. 4. They shouted slogans asking the government to remove tribal people who have converted to Christianity from the list of beneficiaries.

“The benefits of reservation meant for tribal people should strictly be given to only those who have not converted to any other religion,” protest leader Azad Prem Singh told media.

India’s constitution guarantees social benefits such as reserved seats in government jobs and educational institutions along with educational fee concessions and financial support for socially poor Dalit and tribal people to help them move to the social mainstream.

Tribal Christians continue to benefit from these concessions, but Hindu groups now argue that tribal people lose their tribal identity upon conversion and become ineligible for these benefits.

The protesters handed over a memorandum addressed to the state chief minister and the Jhabua district administrator demanding an end to social benefits for indigenous Christians.

Tribal people who converted to Christianity and other religions “were usurping maximum reservation benefits, and others were not getting their rightful shares,” Singh alleged.

He said conversions threaten the Hindu religion. The government should stop missioners from converting gullible Dalit and tribal people fraudulently, alluring them with education and health care services.

Father Rocky Shah, public relations officer of Jhabua Diocese, said the move is “part of an organized campaign to scare the Christian community, especially indigenous and poor who joined Christianity.”

Christian leaders like him say tribal Christians get better education assisted by missioners and use the benefits of reservation to go for higher studies or senior government jobs.

However, Hindu groups explain this as tribal Christians taking away the benefits of non-Christian tribal people.

Singh and his team “were going around villages in the area and whipping up sectarian frenzy against tribal Christians and missionaries,” Father Shah told UCA News on Nov. 5.

“They have also set up youth units in villages as part of their campaign to protect the welfare work done by the missionaries as a façade to religious conversion,” the priest said.

Christians make up just 0.29 percent of the 72 million population in Madhya Pradesh. Most Christians are indigenous and lower-caste communities.

Government benefits are important to economically deprived communities. Hindu groups believe denying the social benefits to those converting to Christianity will be an effective way of stopping conversions.

“We tell the tribal people that that law is on our side and there is no need to worry,” said Father Shah, himself a member of an indigenous community. “We are also now consulting lawyers to take legal action against those whipping up sectarian hate in the name of religion.”

Similar demands have been made by Hindu groups in the tribal strongholds of Jharkhand and Chhattisgarh states.

Christian groups have moved the Supreme Court against denying social welfare benefits to Christians of Dalit origin. They argue that conversion does not change Dalit people’s socioeconomic situation and the denial amounts to religious discrimination.

The case is pending in the Supreme Court.